Tourney Time: About the book

“La Vaque and Nelson have produced the most amazing book about the boys’ state high school hockey championship. Their countless hours of research results in a compelling and riveting walk down memory lane. Once you start paging through, you will not want to put it down.
It is a fantastic history of the tournament and a must read.”

"I get chills reading this book. Some of my best memories as a hockey player are playing in the state tournament, and Loren and David do a great job recapturing those moments." 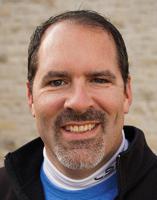 Inspiration for this book draws from learning to skate at Oscar Johnson Arena to first playing hockey at Arlington Playground to watching the state tournament on my grandmother’s floor console television and later in person at the Civic Center.

In 1991, as a freshman at St. Paul Johnson, I watched from my standing-room-only seat as our Governors played in the final one-class state tournament. Five years later I left the Apple Valley-Duluth East marathon semifinal early.

By 2009, I took ownership of the Star Tribune’s state tournament coverage. Being around the great spectacle taught me that one thing was missing. This type of book. One about the tournament’s coaches and players, where great stories could be retold or uncovered. A place to capture the tournament’s essence, year by year.

Co-author Loren Nelson, who required little convincing, and I have conducted hundreds of fresh interviews to provide keen insights and a whole lot of what makes the state tournament great.

This is the passion project Minnesota hockey fans throughout the generations deserve. Interviews early on with men now in the autumn of their lives drove the point home. “Hey, thank you so much for doing this,” they kept saying. I soon figured out what they meant. Once upon a time, they won a hockey tournament with their high school buddies that brought pride to their communities and schools. They knew it mattered in their small worlds back then. They were damn flattered to know it matters to all of us, for all time.

This is our tribute to Minnesota’s high school hockey tournament. 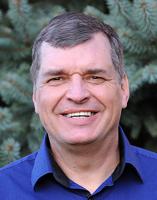 The call came in the summer of 2017. It was David La Vaque. We had worked together for the past several years covering the state boys’ hockey tournament for the Star Tribune. He noted the event’s 75th anniversary was approaching.

Then he made a proposition.

Hey Loren, do you want to write a book about the tourney with me?

Without considering the scope of the project, how the book would be written or even who would publish it, I took a second — maybe two — before I responded.

As a kid growing up a stone’s throw from the Canadian border in northern Minnesota, hockey wasn’t just a momentary passion or passing infatuation, it was a way of life. I spent countless hours in the driveway shooting pucks with my older brother. He delighted in putting me in goal then pelting me with sponge pucks that, in sub-zero temperatures, become as hard as granite.

I fell in love with the state tournament from the moment I first saw it on television as a 10- or 11-year-old. Watching it live for the first time as a high schooler was an even greater thrill.

Talking to hundreds of former players, coaches, officials and fans about their state tournament experiences was a joy and an honor. It’s a privilege to share those stories, many of them previously undocumented.

I’d heard the term “passion project” but never really understood what it meant. Conducting hundreds of interviews, sifting through thousands of photographs, agonizing over each word — I loved every minute of this journey.

Our hope is that you get as much joy from reading this book as much as we did in assembling it.