Minnetonka forwards not obsessed with stats 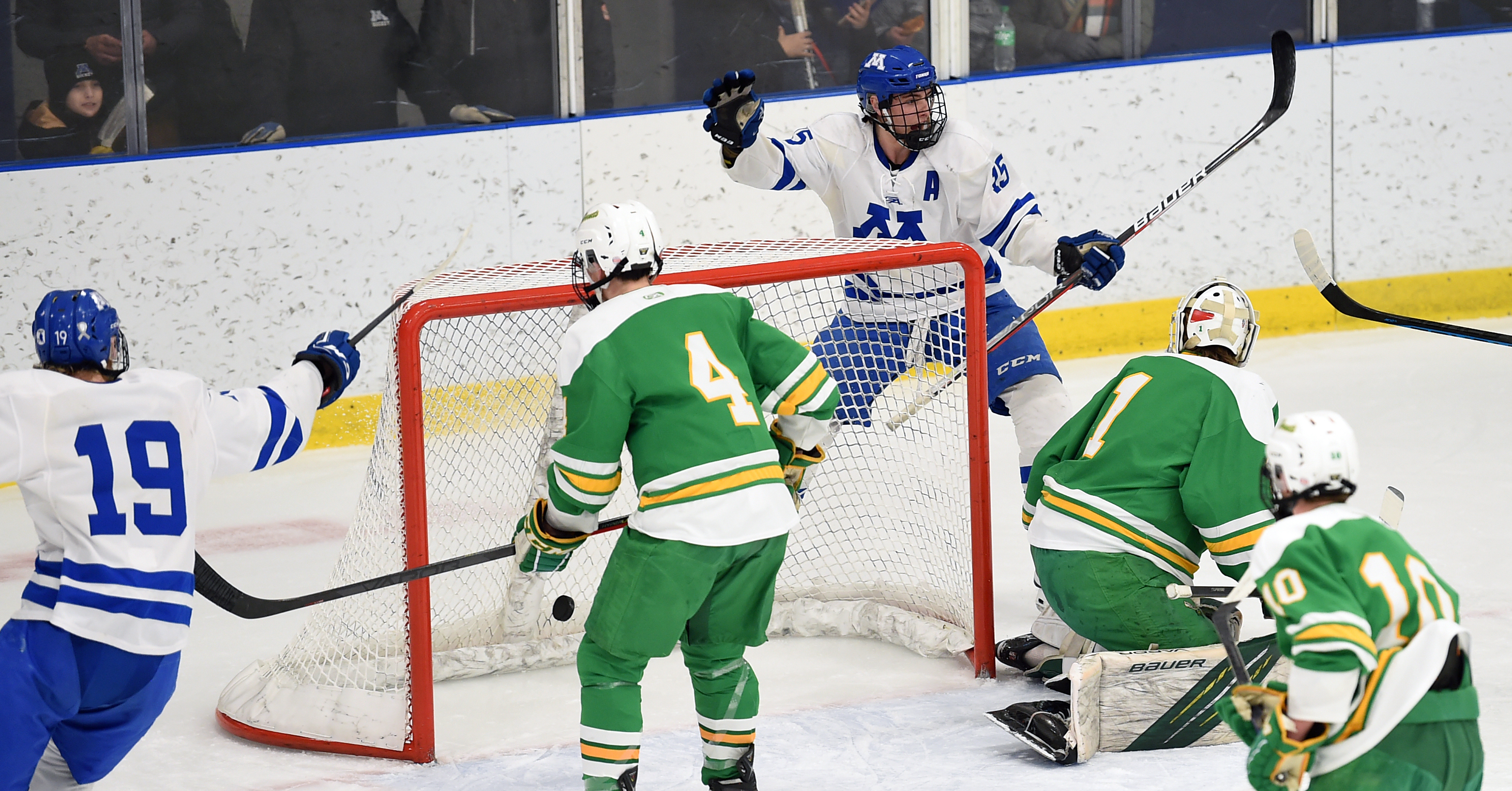 Minnetonka's Gavin Garry (15) celebrates his first-period goal against Edina on Thursday in the Skippers' 4-0 triumph over the Hornets. Photo by Loren Nelson, LegacyHockeyPhotography.com

Players will often say they aren’t concerned about individual statistics. That goals aren’t a big deal.

Sounds good. In theory. But when those same players are slow on the back check, or reluctant to share the puck or finish a check about as often as a solar eclipse, it all comes off as so much lip service.

Minnetonka is one of those points-don’t-matter teams.

“Obviously the most important stat is wins, and also goal differential,” Skippers junior Hagen Burrows said. “I think we take a lot of pride in the D zone as a team.”

Those who might doubt the sincerity of Burrows’ comments need only to queue up the video of Minnetonka’s 4-0 dismantling of Edina on Thursday at the Pagel Activity Center. The No. 5-2A Hornets (10-4-1) were limited to a handful of quality scoring chances among their 17 shots, never established a consistent forecheck and found the neutral zone to be as congested as the Crosstown on a Friday afternoon.

If Gavin Garry wasn’t harassing Edina puck carriers, Burrows was. Javon Moore, the third member of their forward line, blasted at least four Hornets into the boards — on the game’s opening shift. The trio did some damage in the offensive end, too, combining for three goals among their six points. That’s what coaches like to call 200-foot hockey.

“I thought all three of those kids tonight, Hagen, Gavin and Javon were outstanding,” Minnetonka coach Sean Goldsworthy said. “I thought they were the best line on the ice all night long. And they didn't cheat a thing, they played all three zones.”

No. 2-2A Minnetonka’s (14-2-0) pride in its defensive play is such that Burrows, when asked about what he appreciates most in Garry’s game, said it was his longtime linemate’s commitment to defense.

“In my opinion, he’s the best two-way forward in the state,” Burrows said about Garry. “He takes a lot of pride in the D zone and that makes it really easy on me and Javon. He gets the puck to us on the breakout and we can really use our speed to get up the ice and make plays.”

Moore, who uses his superb skating ability to routinely catch opposing puck carriers from behind, would also be on that list of state’s top two-way forwards, if there was such a thing. The Skippers’ top scorer last season and a Minnesota commit, he entered the game seventh on the team’s scoring list.

“The scoresheet isn’t everything,” Garry said. “Javon is contributing every game. He’s the fastest guy out there and he’s always backchecking, helping defend.”

Added Goldsworthy: “Javon is our best forechecker. He's also one of our best back checkers and he might be our best penalty killer. So, you know, it’s not necessarily always about goals scored.”

Minnetonka is allowing just 1.05 goals per game, second best in the state to Chanhassen’s 1.00 goals-against average. The Skippers have shut out six opponents, tied for second most in the state with Maple Grove (Chanhassen has seven shutouts). Minnetonka has allowed a combined two goals in its last five games.

“It's a fun group to coach because they buy in and they listen, and they want to get better,” Goldsworthy said. “And they feel like we're just starting to hit our stride right now.”

Edina matched Minnetonka hit for hit in a frenetic opening shift that had bodies slamming off each other all over the ice.

“You can play physical, that's one thing, but then we’ve got to make some plays and we’ve got to play hockey, too,” Edina coach Curt Giles said after the Hornets’ 11-game unbeaten streak was snapped. “You play a good team like that, what you’ve got to do is shut their space off. They had way too much space and way too much speed on us.” 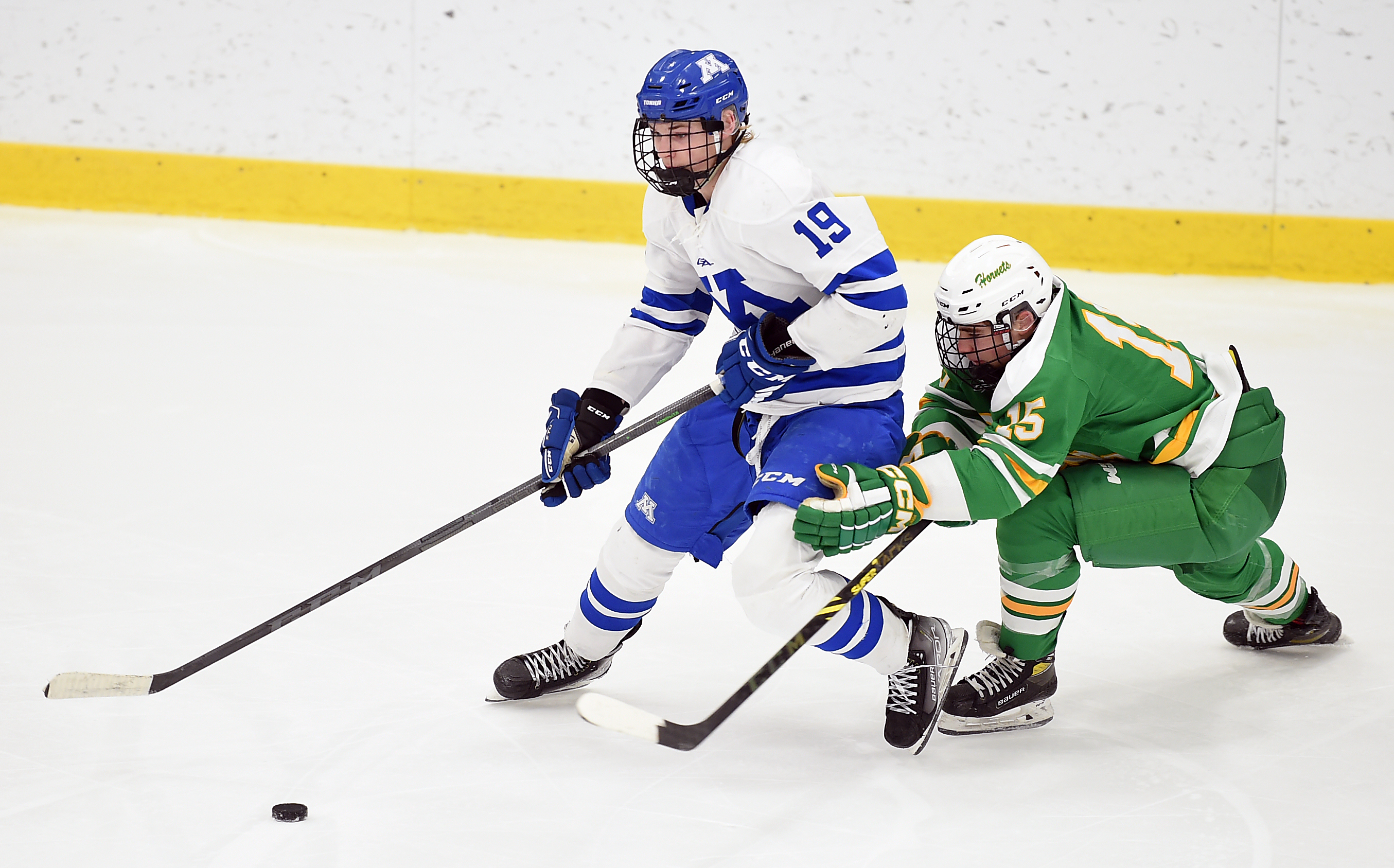 Gavin Garry scored twice and Kaizer Nelson made 17 saves for the shutout as Minnetonka cruised past Edina 4-0 on Thursday in a Lake Conference matchup at the Pagel Activity Center.

Hagen Burrows and Garry added second-period goals, and the Skippers defense limited No. 5-2A Edina (10-4-1) to just a handful of quality scoring chances.

The line of Burrows, Garry and Javon Moore combined for six points in a dominant performance. Burrows and Garry share the team lead with 11 goals each.

The shutout was the fourth of the season for Nelson, who ranks third in the state with a 1.07 goals-against average and sixth with a .936 save percentage.

Robbie Clarkowski made 19 saves for the Hornets in the first of two regular-season meetings between the teams. 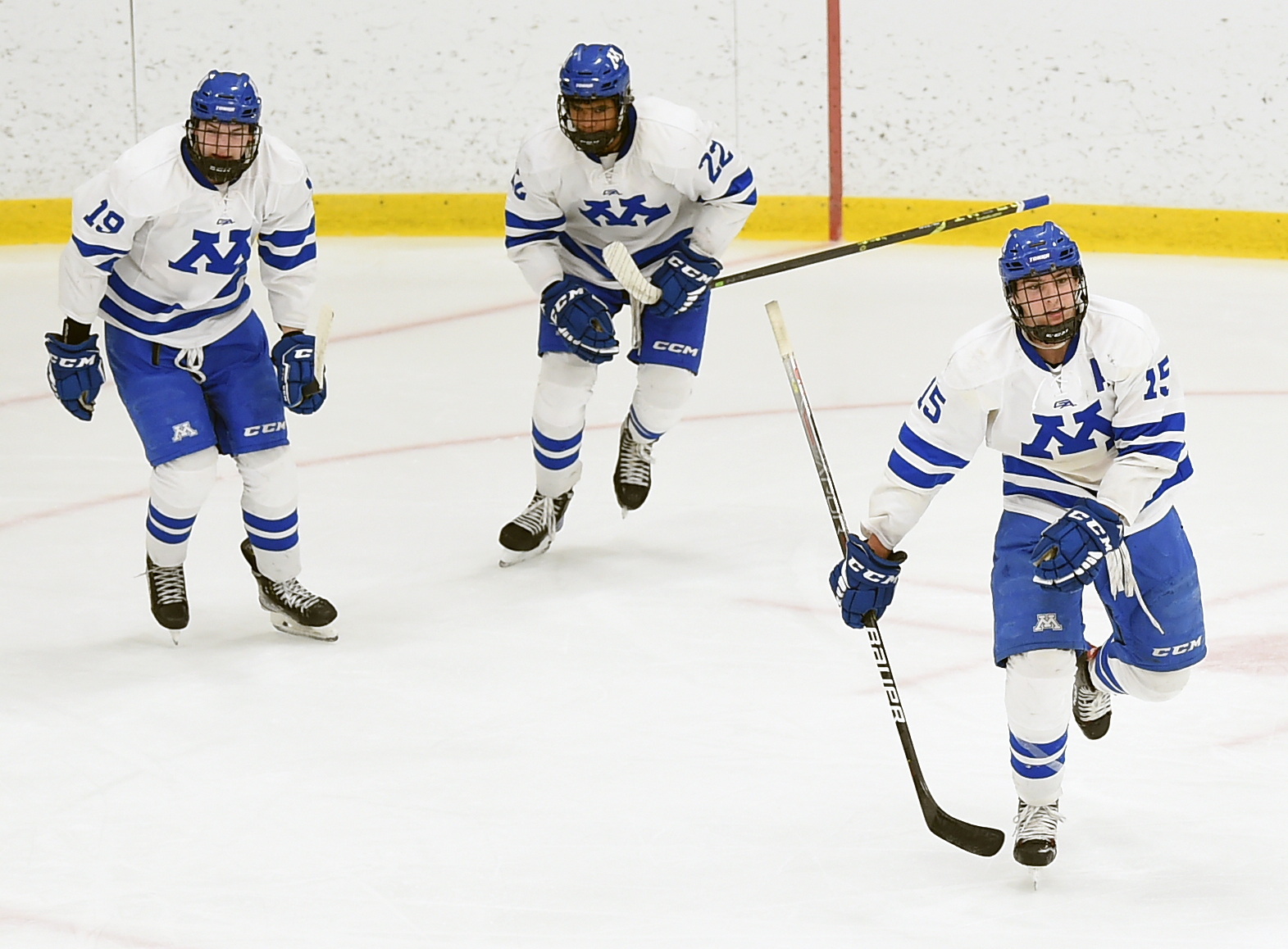 Gavin Garry, front, leads linemates Hagen Burrows, back left, and Javon Moore, back right, to the bench after a first-period goal in the Skippers' 4-0 win over Edina on Thursday. Photo by Loren Nelson, LegacyHockeyPhotography.com 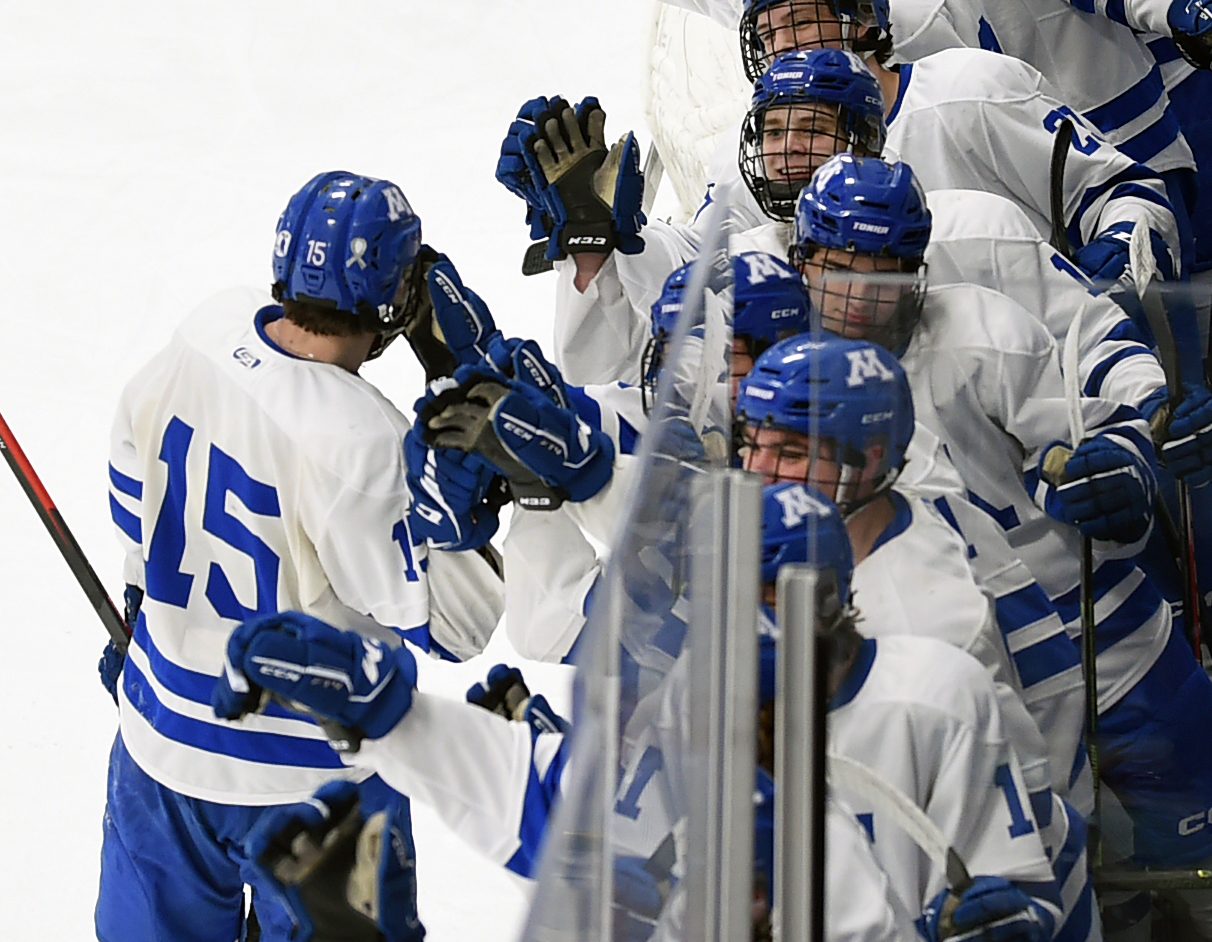 Gavin Garry cruises past the Minnetonka bench after scoring a first-period goal to put the Skippers ahead by two in their 4-0 win over Edina on Thursday. Photo by Loren Nelson, LegacyHockeyPhotography.com