The boys on the bus

Top Games | Week of Jan. 17: Wayzata hits the road for No. 1 vs. 1 showdown with Warroad; BSM and Champlin Park likely to overload scoreboard 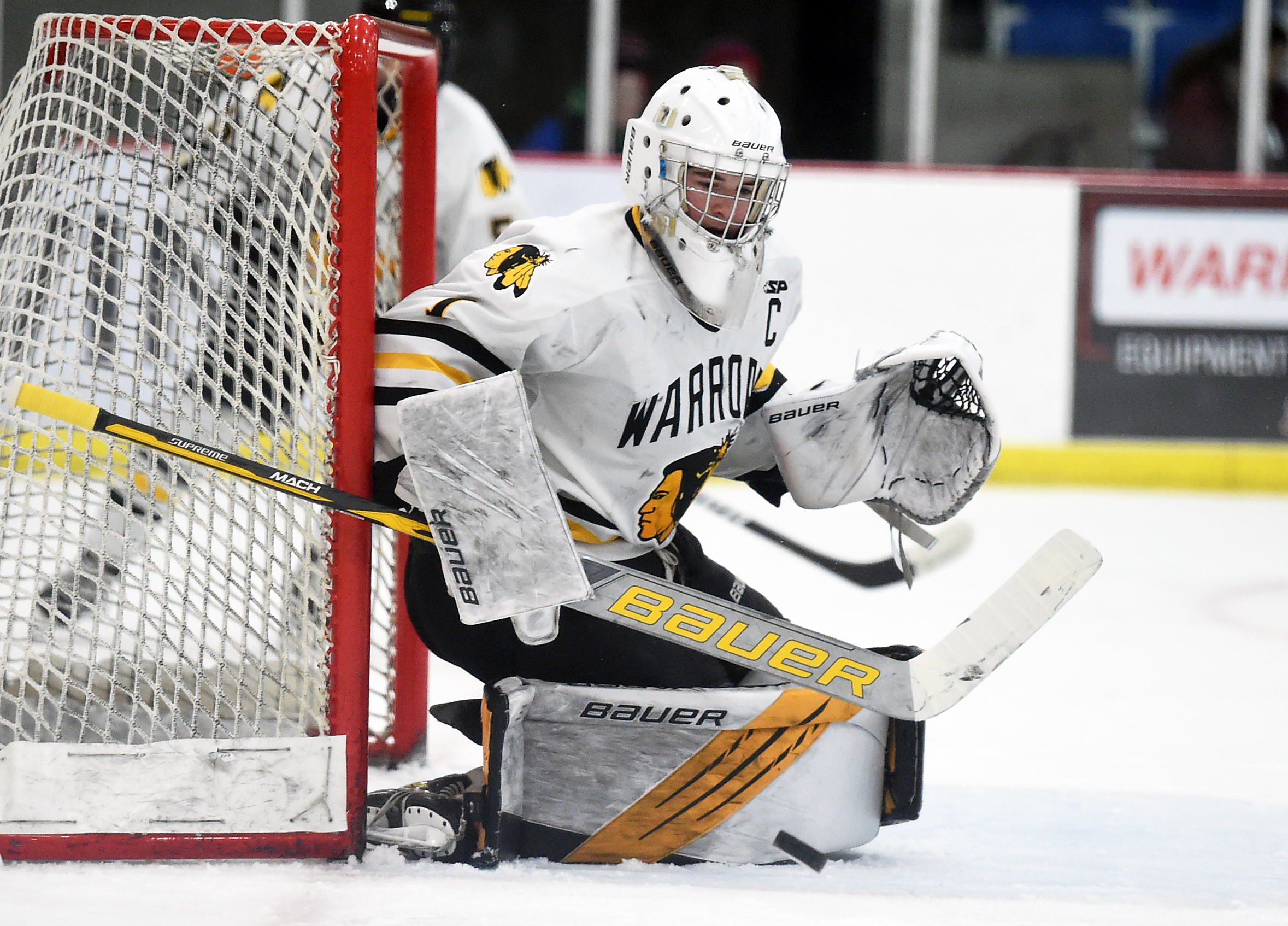 Warroad's Hampton Slukynsky ranks fourth in the state with a .940 save percentage. Photo by Loren Nelson, LegacyHockeyPhotography.com

Warroad, aka Hockeytown USA, further enhanced its reputation as a hockey mecca in recent weeks, supplementing its usual array of weekend youth tournaments with two of the most hyped and anticipated high school games of the season.

An estimated 2,500 fans filled the 1,800-seat Gardens Arena on Jan. 10 for the Warriors’ 7-4 triumph over Roseau in the latest chapter of one of the state’s oldest and most heated rivalries, a series that dates to the 1940s.

The stakes were raised four days later when Hermantown arrived with a 10-year, 103-game regular season undefeated streak against Class 1A competition. The unbeaten Warriors ended the streak and repaired their collective psyche (they lost twice to Hermantown last season, including in the state Class 1A championship game) by beating the then No. 1-1A Hawks 3-1 in front of an estimated 1,800 fans.

Next up is Wayzata, the state’s No. 1 team in Class 2A, on Friday at The Gardens for a rare No. 1 vs. No. 1 matchup (Warroad supplanted Hermantown atop Class 1A) between teams with a combined 26-1-2 record.

Wayzata beat Warroad 3-0 during its Canadian border swing last year, a trip that also included a 6-4 triumph over Roseau.

“It’s nice to get our guys out of their comfort zone,” Wayzata coach Pat O’Leary said. “It’ll just be us focusing on hockey for 60 hours.”

Well, it won’t be all hockey all the time for the Trojans during the trip that spans four days and about 800 miles. O’Leary said players typically kill time on the bus by playing games together on their cell phones, playing cards or, if you can believe it, doing schoolwork.

“A lot of guys do homework on the bus,” O’Leary said, adding that organizing meals is probably the biggest logistical headache. “They eat a lot of food.”