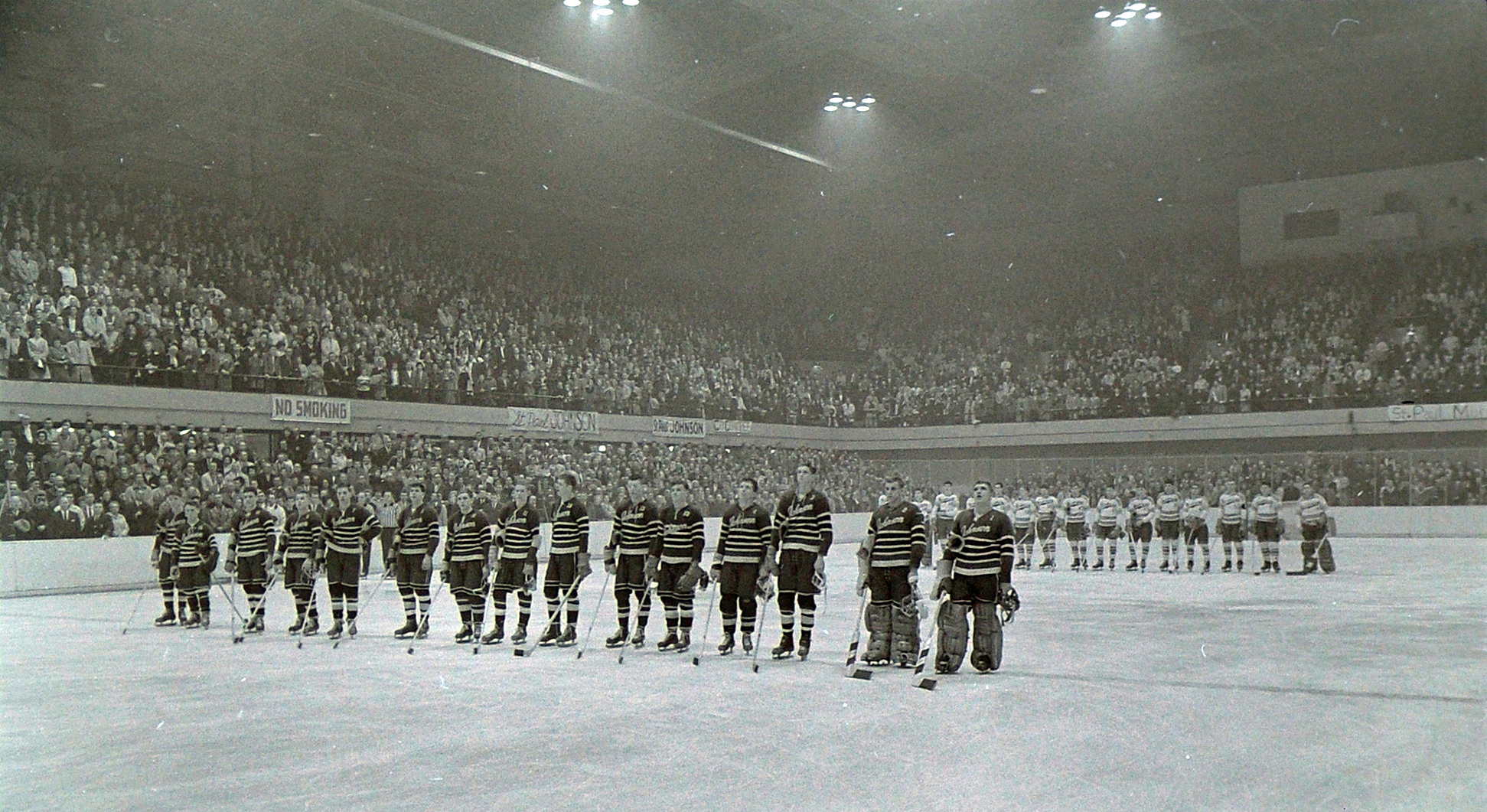 One of the state’s great rivalries, forged during the golden era of the state tournament, resumes on Friday night with all the pomp and circumstance that can be mustered by an active group of International Falls boosters and alumni.

Some 50 or so members of International Falls’ 19 state tournament teams will be honored during the program’s 75th-year anniversary ceremonies, which is scheduled ahead of the 7:30 p.m. puck drop against St. Paul Johnson, the team that interrupted the Broncos’ run of four state championships in five years starting in 1962.

The first 200 kids through the doors will receive “Bronco Hankies,” a riff on the Minnesota Twins’ 1980s Homer Hankies. International Falls players will wear special warmup jerseys commemorating the program’s 75th anniversary. Alumni from the fabled Dirty Dozen, the pep band that rocked Bronco Arena during the program’s 1960s and '70s heydays, are expected to reunite Friday night and join the current high school band.

International Falls coach Chad Baldwin, an alum of the Broncos' storied program, said he expects a crowd pushing capacity for the game between the programs that have won a combined 11 state championships (four for St. Paul Johnson, seven for International Falls).

“It’s definitely going to be an eye-opener for our players to see what it is like to come out to a full Bronco arena,” Baldwin said. “To see what all these stories are about back in the day when the place was packed ... when class sizes were a lot bigger and the town was a lot bigger.”

West metro neighbors Holy Family (8-5-0), led by Parker Osborn, and Teddy Townsend-led No. 18-2A Eden Prairie (5-7-1) will battle for an edge in Section 2AA seeding when they meet Thursday in Eden Prairie. … Two of the state’s top goaltenders meet on Saturday in Moorhead when Myles Gunderson and Grand Rapids (9-5-0) face Kai Weigel and the host Spuds.