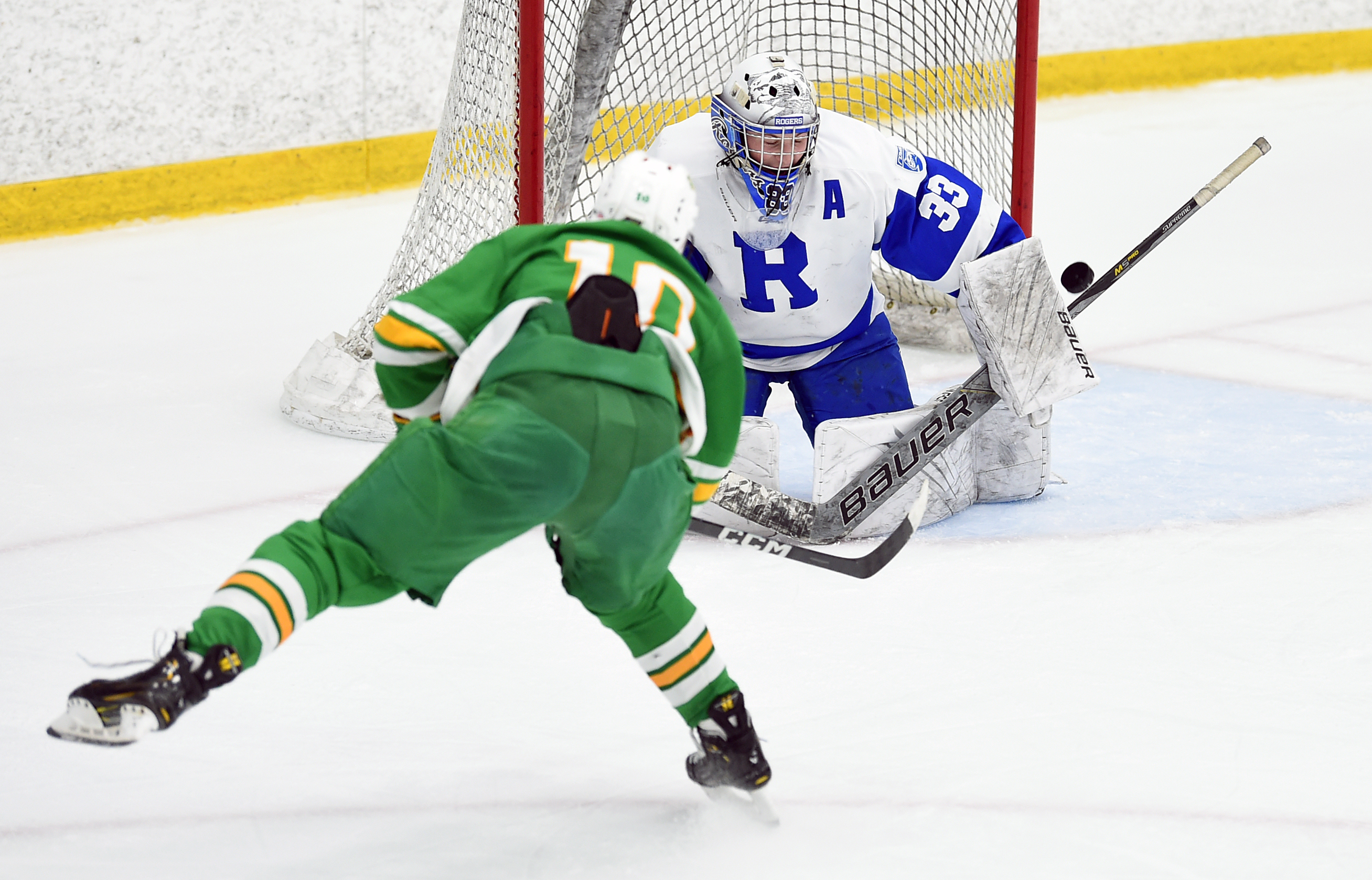 Senior forward Lucas Cole scored 1:14 into overtime to lift Edina past Rogers 3-2 on Thursday in the third round of the Tradition Holiday Invitational at Dakotah! Ice Center in Prior Lake.

The victory was the seventh straight for the No. 7-2A Hornets (7-3-0) after opening the season with three consecutive losses. No. 3-2A Rogers (6-2-2) played into overtime for the third time in as many days. The Royals tied Chaska 3-3 and Eden Prairie 1-1 in tournament games on Tuesday and Wednesday.

Cole, who played for the Hornets’ junior varsity last season, scored on a rising shot from about 15 feet in front of Rogers goaltender Cade Chapman. The goal was his third of the season.

Edina trailed 1-0 and 2-1 before junior forward Jackson Nevers tied it on a deflection with 7:20 left in the third period. The goal was Nevers’ second of the game. He’s scored two goals in each of his last four games and leads the Hornets with 11 despite missing two games because of injury early in the season.

Jackson Smithknecht and Carson Melquist scored for Rogers, which is winless in its last four games.

Chapman made 22 saves for the Royals. Robbie Clarkowski had 24 saves for Edina, which beat top 20 teams Moorhead and St. Thomas Academy to open the tournament.

The meeting marked the first between the teams.