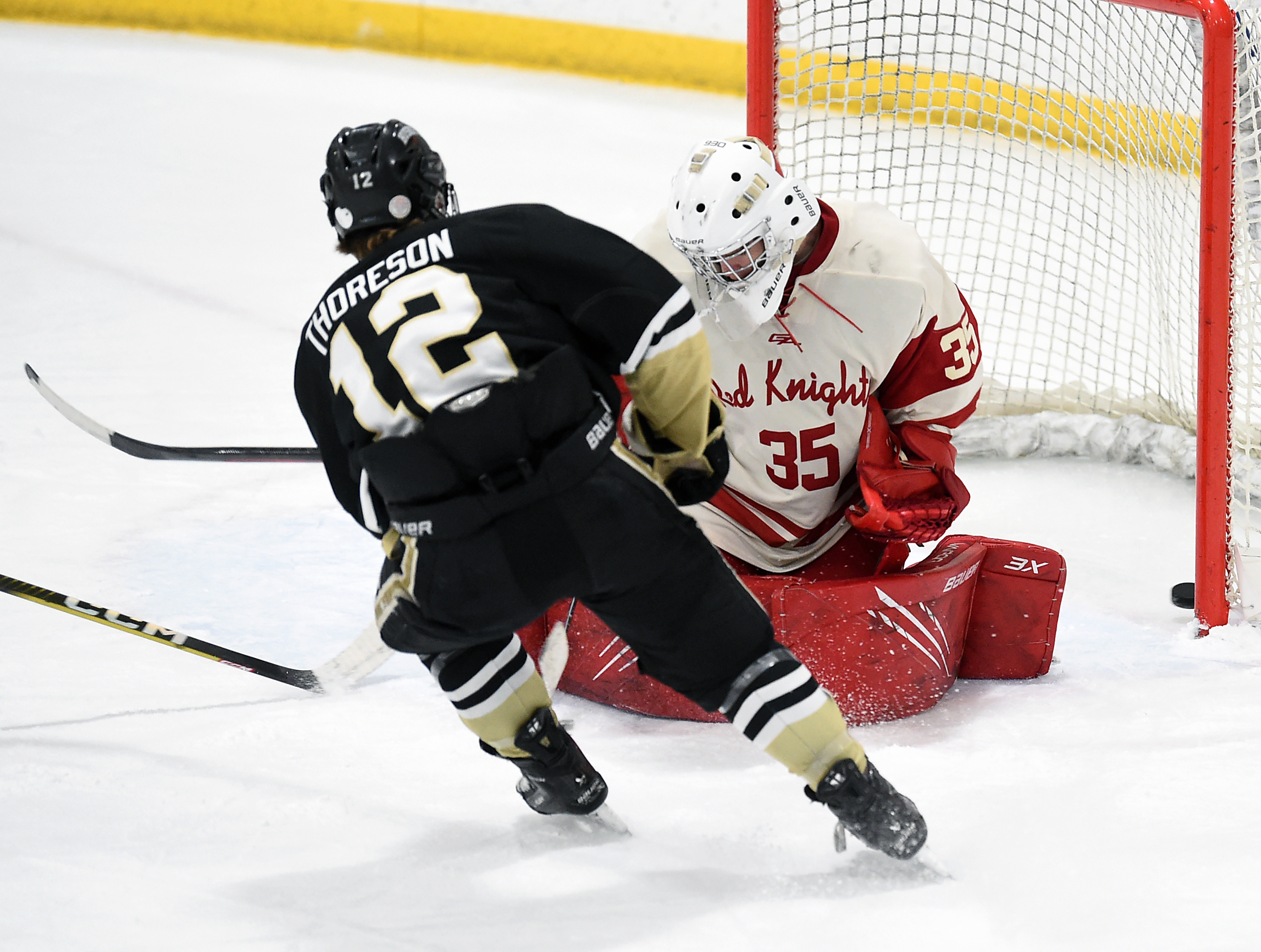 Andover's Gavyn Thoreson beats Benilde-St. Margaret's goaltender Mason McElroy for one of his four goals on Tuesday in the Huskies 9-3 win over the Red Knights. Photo by Loren Nelson, LegacyHockeyPhotography.com

Benilde-St. Margaret’s scored two goals in the opening 84 seconds, then Andover responded with eight unanswered goals — including two on the power play and one shorthanded — en route to a 9-3 victory on Tuesday in the first round of the Premiere Holiday Classic in the Park at the St. Louis Park Rec Center.

Andover senior Gavyn Thoreson, a St. Cloud State commit, scored four goals, including two in the first period that ended with No. 10-2A Andover (5-4-1) leading 4-2.

Michael Risteau and Drew Stewart scored the early goals for No. 11-2A Benilde-St. Margaret’s (4-4-0), which had defeated Andover 3-0 earlier in the season.

The Red Knights were whistled for four penalties inthe first period and three more in the second. Andover was called for three penalties and went 3-for-7 on the power play.

K.J. Sauer and Cayden Casey each scored two goals for the Huskies. Thoreson added two assists for a six-point night, giving him a team-best 10 goals among his 16 points.

The game was played in running time for third period under the Minnesota State High School League rule because of Andover’s six-goal-plus lead. Despite a lack of whistles in the final period, the Huskies did manage to get backup goaltender Otto Reinhart into the game, switching him with starter Beau Altman while play continued in the Benilde-St. Margaret’s end with 1:30 remaining.