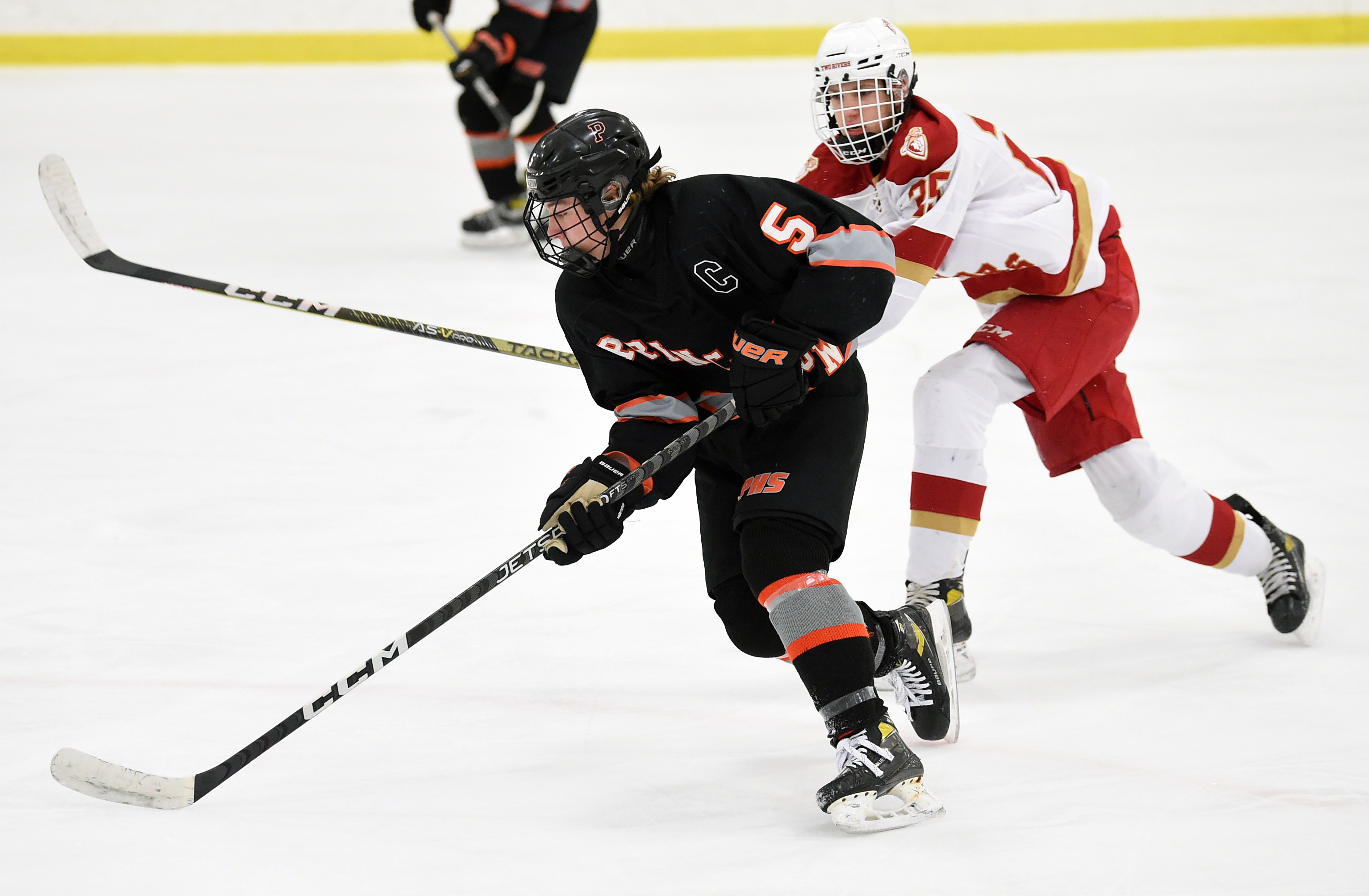 Some of the state’s Goliath programs are among those that started the busiest week of the year (holiday tournaments galore) on Monday undefeated.

Even the most casual of fans know at least a little something about these teams:

And then there’s Two Rivers. Among the seven undefeated teams heading into the first salvo of tournament play on Monday, the Warriors were undoubtedly the most surprising to see on the list. Which isn’t to say Two Rivers isn’t talented. On the contrary, senior Casey Ball (11 goals) leads a group of speedy, skilled forwards and goaltenders Brady Altier and Tayler Ouren both own some of the state’s most sparkling statistics.

“They clearly have some guys that can play,” Princeton coach Andy Frondrick said Monday after his Tigers beat the Warriors 5-1 at the Super Rink in Blaine, knocking them from the ranks of the unbeaten. “Their goalies are very solid. I mean, you don't put up the numbers they're putting up without having good goaltending.”

Princeton (3-4-0) won the Herb Brooks Holiday Classic Silver Division quarterfinal by using the same formula No. 17-1A Two Rivers had deployed with so much success en route to its 8-0-1 start. The Tigers got superb goaltending from James Koecher (28 saves) and opportunistic scoring from its speedy group of forwards, most notably team goal-scoring leader Jake Patnode. A senior forward, Patnode opened the scoring 2:03 into the first period. His shorthanded goal early in the second put the Tigers ahead 4-1.

Princeton had gained confidence in a 7-4 loss to rival Cambridge-Isanti (two Bluejackets goals were scored in the final 1:44) on Dec. 17 and a 6-4 triumph over Becker/BIg Lake, which shares the Princeton Ice Arena with the Tigers. The Tigers are still adjusting to first-year coach Andy Frondrick and his systems and expectations.

“We're playing harder and we're playing smarter,” said Patnode, who leads Princeton with eight goals. “It's a lot less running around and a lot more knowing where guys are gonna be.”

Princeton’s defense needed some shoring up early, as Two Rivers broke free for several glorious scoring chances. Koecher was there to stop them all, as he played his best game, at least statistically, of the season.

“It's huge. It's huge for our team mentally knowing that we have a brick wall in the net,” Patnode said. “He shouldn't have to make some of those saves that he did, but it's awesome that we have a guy who can.”

“Absolutely,” he said. “I think it's really good for the locker room knowing that you got to bring your A game and you got to compete all game to win. And that's what we did.”

“Their goalie made some big saves and we just didn’t put the puck away. I’ve seen us have low energy for a period. We kind of had it for about two periods today.” 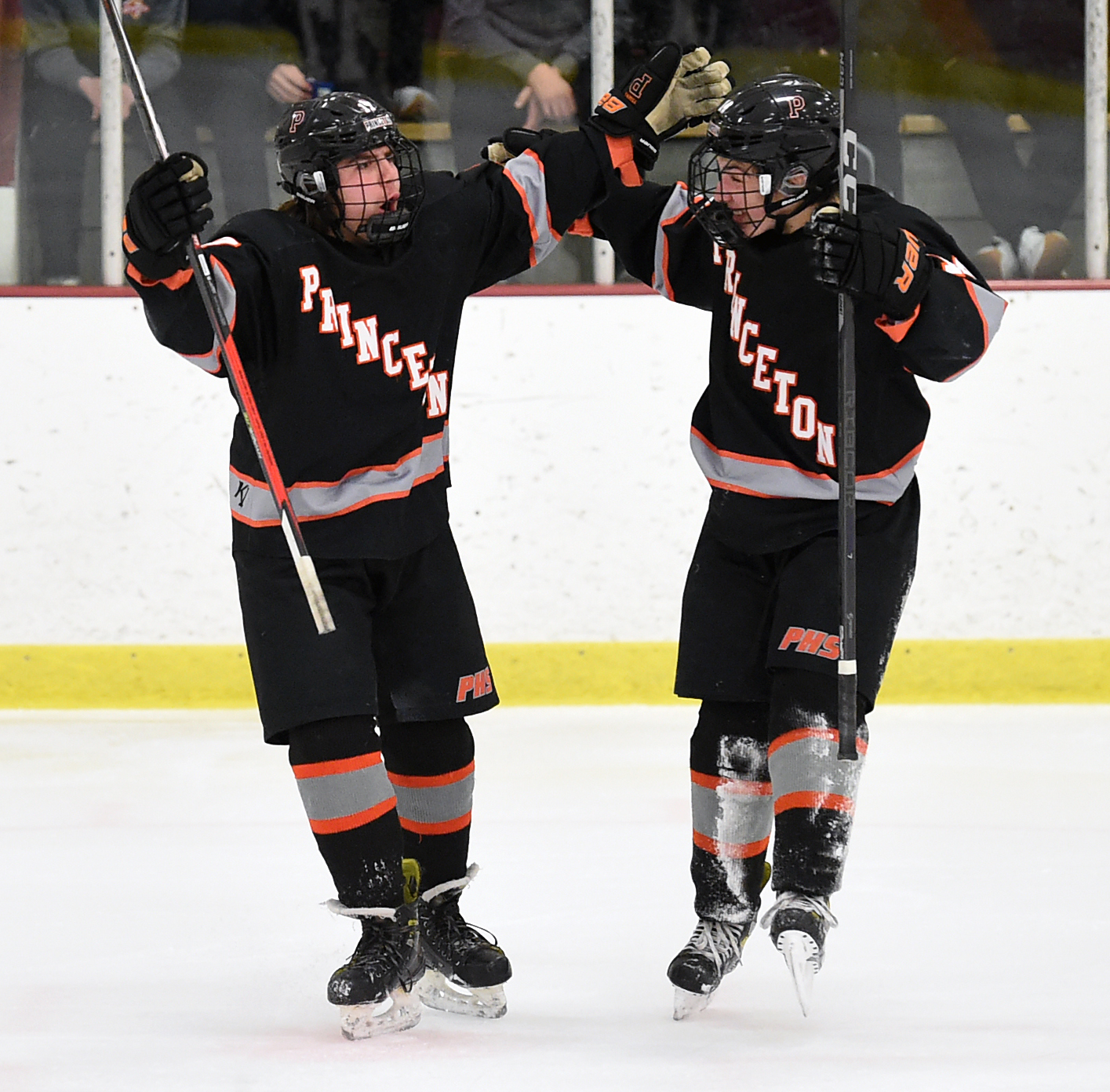