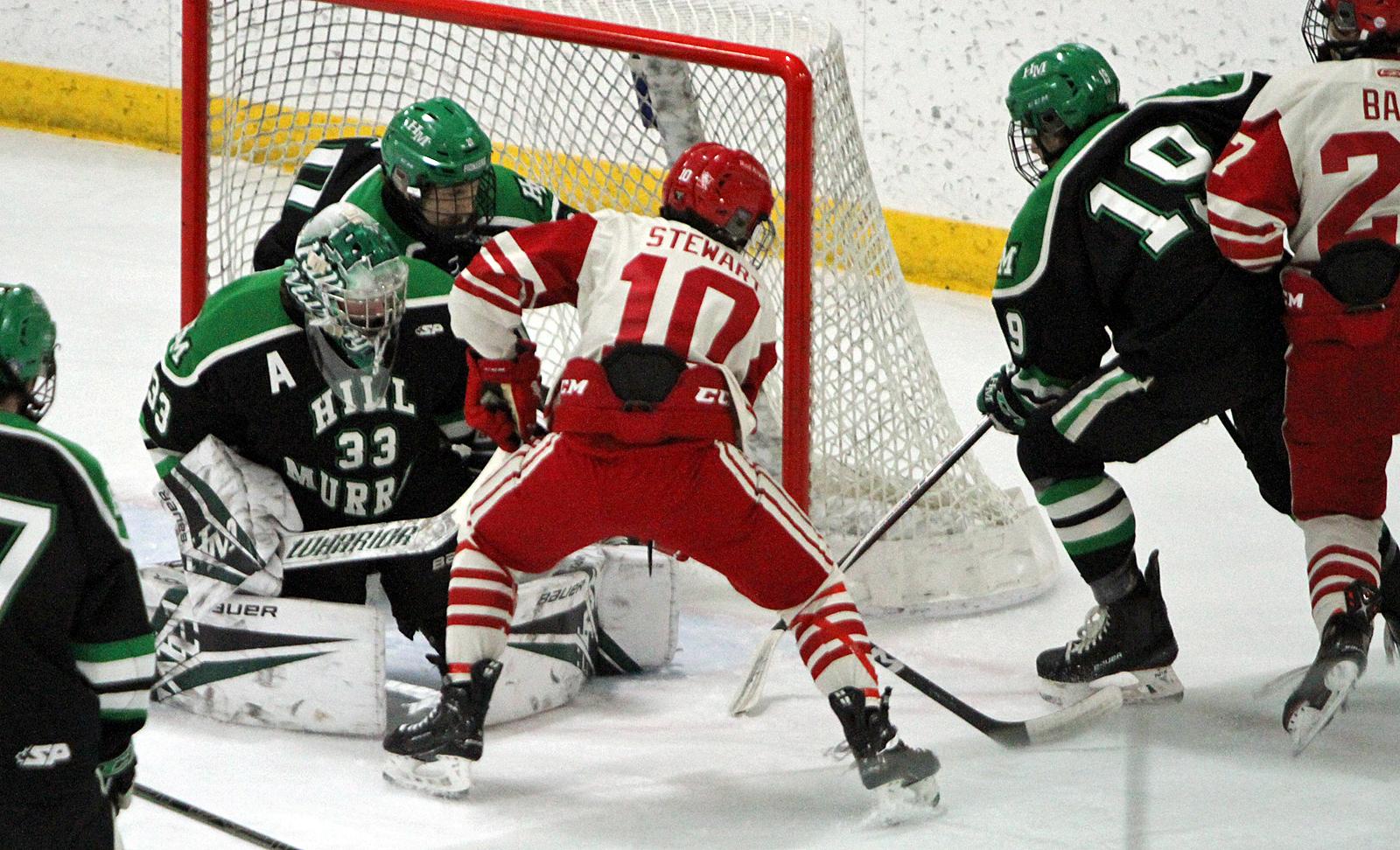 But with little other competition (only seven of the state's 45 games, and just two in the metro, escaped weather-related postponements) on a bitter cold night during winter break, the teams might as well have been at the center of the prep hockey universe.

That attention was not overlooked in the Benilde-St. Margaret’s dressing room.

“There are two types of players, those that want the stage, and those that don’t want the stage,” Benilde-St. Margaret's coach Ken Pauly said. “There are only a few games going on tonight, so by default, this became a marquee game. With people in the building and watching online, it made for a great vibe.”

The hype came to fruition, as teams swapped the lead through the first period that finished tied, followed by a scoreless second. In the third, Red Knights’ junior center Drew Stewart scored the game-winner with 11 minutes remaining to cap a thrilling 3-2 victory over the Pioneers.

Stewart scored the team’s first and last goals, giving him a team-leading seven for the season among his 14 points. The multi-skilled Notre Dame commit was a constant threat for the No. 13-2A Red Knights (4-3-0), whose offensive presence only grew as the game wore on.

A constant presence at both ends, Stewart had his fingerprints all over this victory.

“He never stops, his compete level is so high,” Pauly said. “He’s the heart and the soul of our team. It’s not just the skill or scoring, but he is so hard on pucks and he just does not quit. I don’t know if there is such a kid who can will this team to victory, but he can will them all to consistently compete hard.

The biggest factor in the teams’ increasing pressure and productivity was sparked by the Red Knights’ transition.

In the third period especially, it worked with precision as a gritty top four defense group of Mason Minor, Gavin Reed, Maceo Phillips and Mason Stenger grew increasingly competent with forcing turnovers. From there, they fed their forwards on their forehands as they streaked through the neutral zone on their way to create chaos in the Hill-Murray zone.

Perhaps none did it better than junior Gavin Reed, a 6-foot-3 blueliner with a long reach and a mindset bent on creating offense. It produced two assists, giving him four for the season.

“Gavin stepped up at some critical moments,” Pauly said. “We know he has some great offensive instincts, but he’s continuing to develop his all around defensive game. Once he does that, he’s going to be able to play at that next level. He’s got that long body, he’s got a good stick, he skates well, he’s physical. If he just keeps things simple, he’s going to be great.”

Reed likes the two-way opportunities he's presented. Moving the puck from the zone can be easy when your moving targets are the ultra-talented forwards occupying the Red Knights’ top two lines.

“I like to be a two-way defenseman and to activate the offense,” Reed said. “We practice it a lot, to make sure you have vision for both sides of the ice.”

“We’ve played together for a while and have some good chemistry on and off the ice,” Stewart says of Reed. “It’s really easy to play with him. He can get you the puck right where it needs to be."

The win over the No. 9-2A Pioneers (3-3-0)  was especially sweet for the Red Knights given the only-game-in-town circumstances against a quality opponent.

“This game was a huge win, it was so much fun to play in,” Reed said. “Definitely a present for Christmas.” 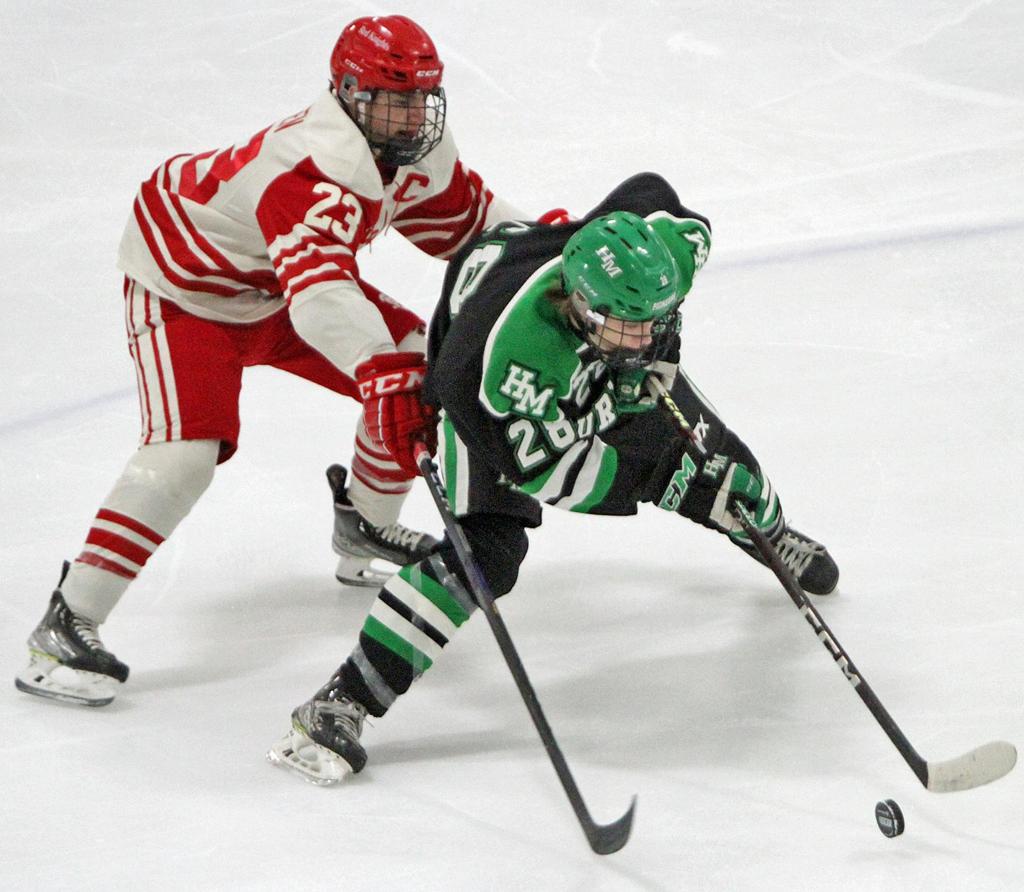 Stewart, a Notre Dame commit, scored the Red Knights’ first and last goals, giving him seven for the season and a team-best 14 points. Gavin Reed added two assists for No. 13-2A Benilde-St. Margaret’s (4-3-0).

Jack Erickson stopped 32 of 34 shots for the Pioneers. Mason McElroy made 31 saves to earning the win for the Red Knights. 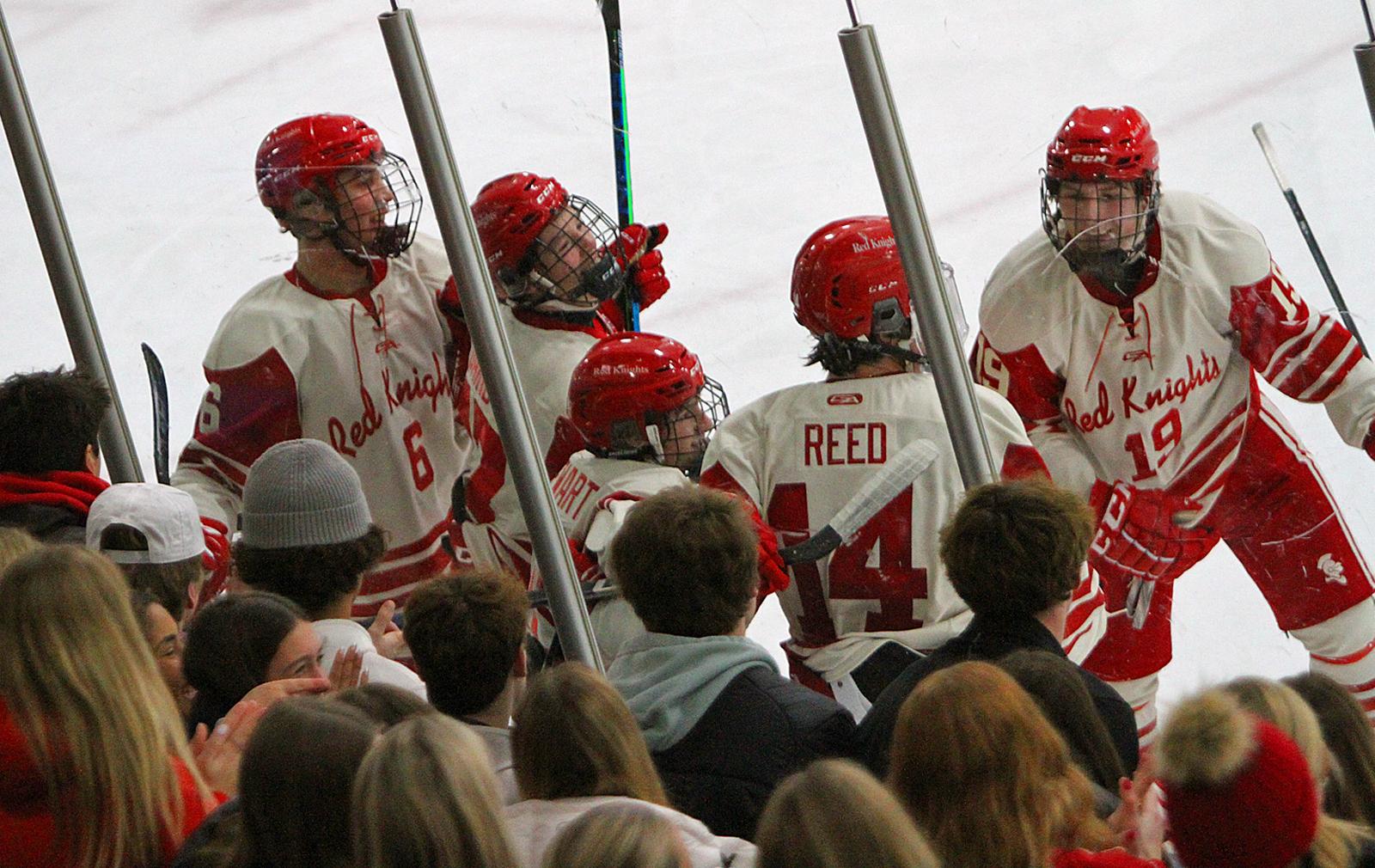