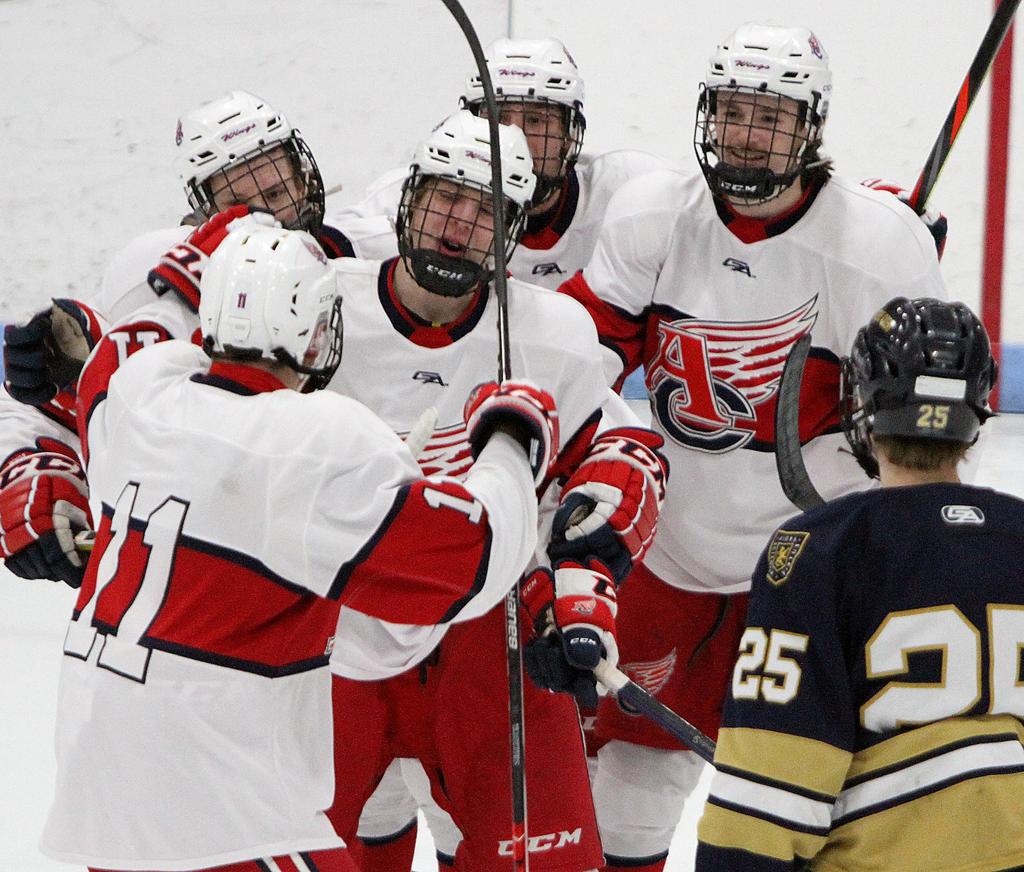 There’s an electric feel around Robbinsdale Armstrong/Cooper this winter.

A talented junior class is helping lead a Wings cast largely unchanged from a year ago. It's a familiar ensemble of talent and depth comprised of weapons who’ve played with each other for half their lives.

These Wings, who enter mid-December with a 5-1-0 record while averaging nearly seven goals per game, are buzzing.

“We have almost the exact same group as last year, and everyone is building up everybody else,” said junior forward Jameson Essen. “We’re having fun, and it’s been super positive.”

The Wings were having plenty of fun early and often Tuesday night on their home ice as the hosts erupted for eight first-period goals en route to a 9-2 drubbing of Providence Academy, No. 6 in this week’s Class 1A rankings.

Essen had his hat trick by the first period, pushing his season goal total to 10, though Armstrong-Cooper is generating its offense largely by committee.

Eight skaters are averaging better than a point per game, while 14 have multiple points for the season.

“When you look at our lineup, you look at our points and look at who is creating our offense, it’s not coming from just one line or two lines,” said coach Danny Charleston, in his ninth season at the helm. “It’s really coming from all three lines, and everyone is contributing.”

“We’re not relying on one person, we are relying on nine forwards, six defensemen and a goalie, so it’s been fun to see how our players play with synergy,” he added.

Comprising half of the team’s point-a-game skaters is a junior class led by Essen, Tanner Rausch and Dane Yeager, who has 12 points through six games. Charlie Goergen, a skilled playmaker with a pass-first mentality, has added four goals and four assists and has become a key piece on Rausch’s line.

“Our junior class brings our energy,” he said. “They have high-end skill, but it’s that energy and effort that’s making a difference that can help set the tone.”

Perhaps the team’s top playmaker is Rausch, who last fall became the first Armstrong/Cooper player selected to play in the Upper Midwest High School Elite League. The long and smooth forward has seven goals and five assists, while serving as the team’s heartbeat.

“Tanner likes to be very creative with the puck,” Charleston said. “He like to work hard, and when you surround him with the right people, he’s really the catalyst for our team. When he goes, we go.”

“He’s really good, I can say that,” Essen says with a smile. “He can find you no matter where you are on the ice. You can be two zones down, but he’s going to deliver a pass right to your tape. He is an incredible passer.”

If Rausch is the heartbeat, Essen could be the backbone. A gritty hybrid-like forward, Essen does all the little things on and off the ice that makes him indispensable.

“He’s our energy, he’s our caboose to the train,” Charleston said. “He’s on fire with energy, he creates more offense, but also, he’s doing everything else to help the team ... packing sticks, carrying the skate sharpener, whatever he can do to help.”

The team is crediting its success and chemistry to years of playing together, from youth hockey all the way up. Somewhat unique to the west metro, most of the Armstrong/Cooper's players have stuck together.

“We’re a smaller program, so we see the same faces year in and year out,” Rausch says. “We don’t have a ton of guys coming and going, transferring in our transferring out. What we’ve got is special. We’re a tight group, we’ve got great chemistry and the energy is super high, all the time.”

Essen says the early season success is not a surprise to anyone inside the Wings’ locker room. To them, this was to be expected.

“Most of us have played together since we were squirts,” Essen says. “It’s an awesome experience to play with the same guys for so long. The chemistry we’ve built is unreal.” 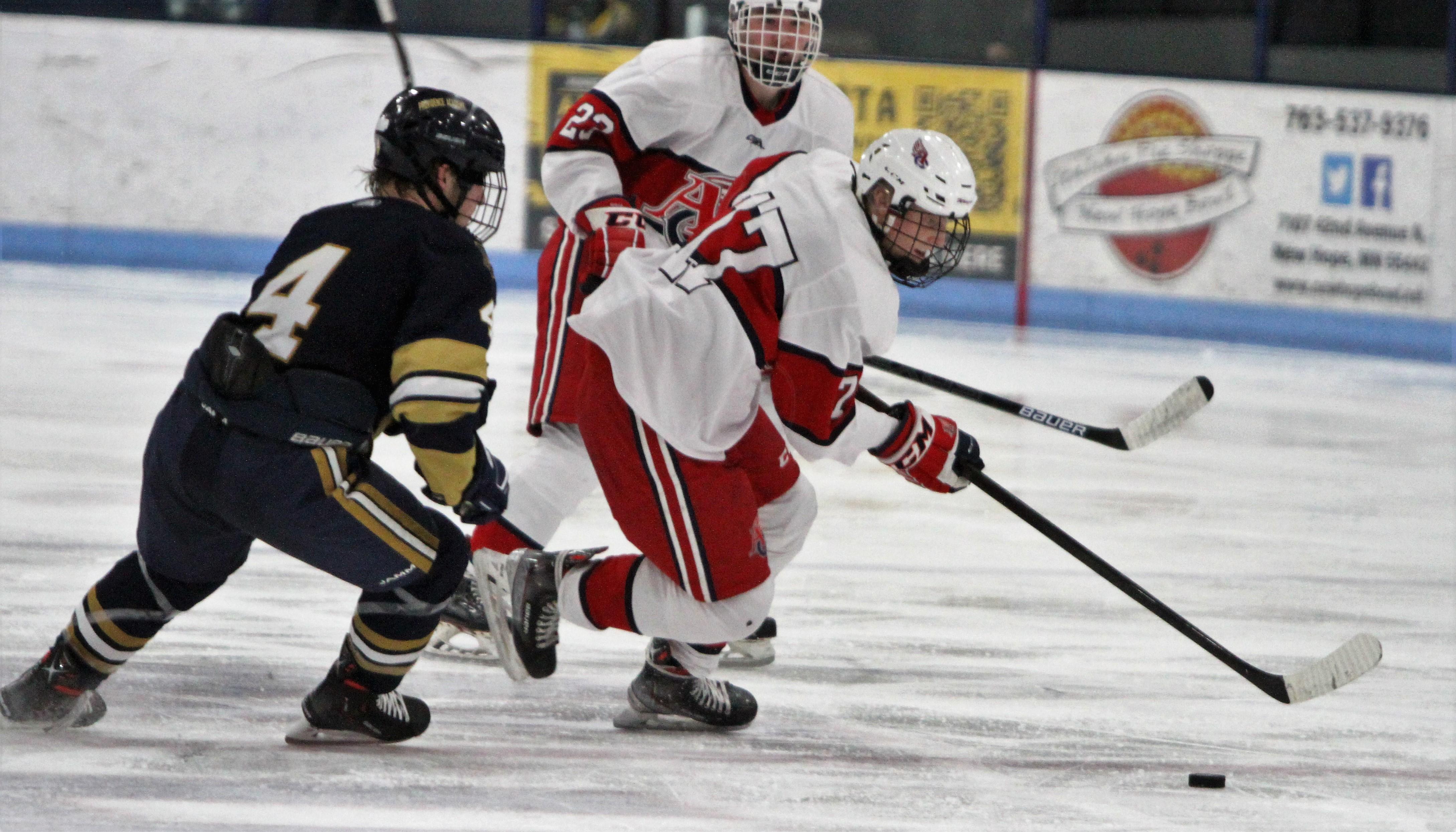 Wings junior Jameson Essen netted a pure hat trick in the first 17 minutes, while Tanner Rausch and Charlie Goergen each added two goals and an assist apiece to help fuel the Wings (5-1-0).

Henry Dimich made 14 saves and came within two minutes of shutting out Providence Academy (4-2-0), ranked No. 6 in this week’s Class 1A rankings.

Providence Academy finally broke the shutout with goals by Andrew Vos and Sammy Lewis within a 45-second span in the waning minutes. 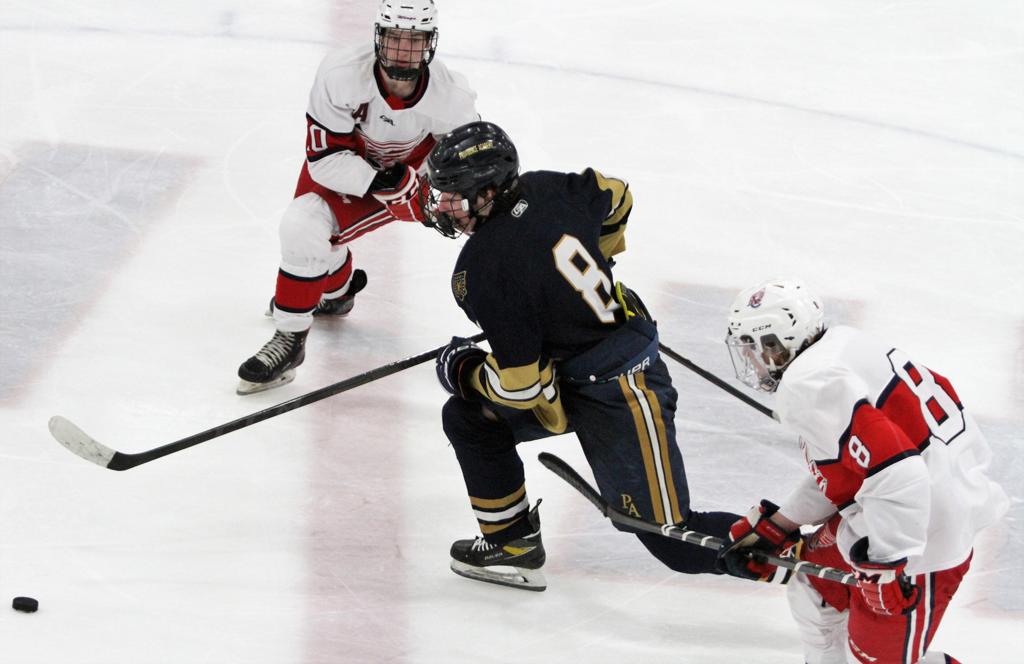