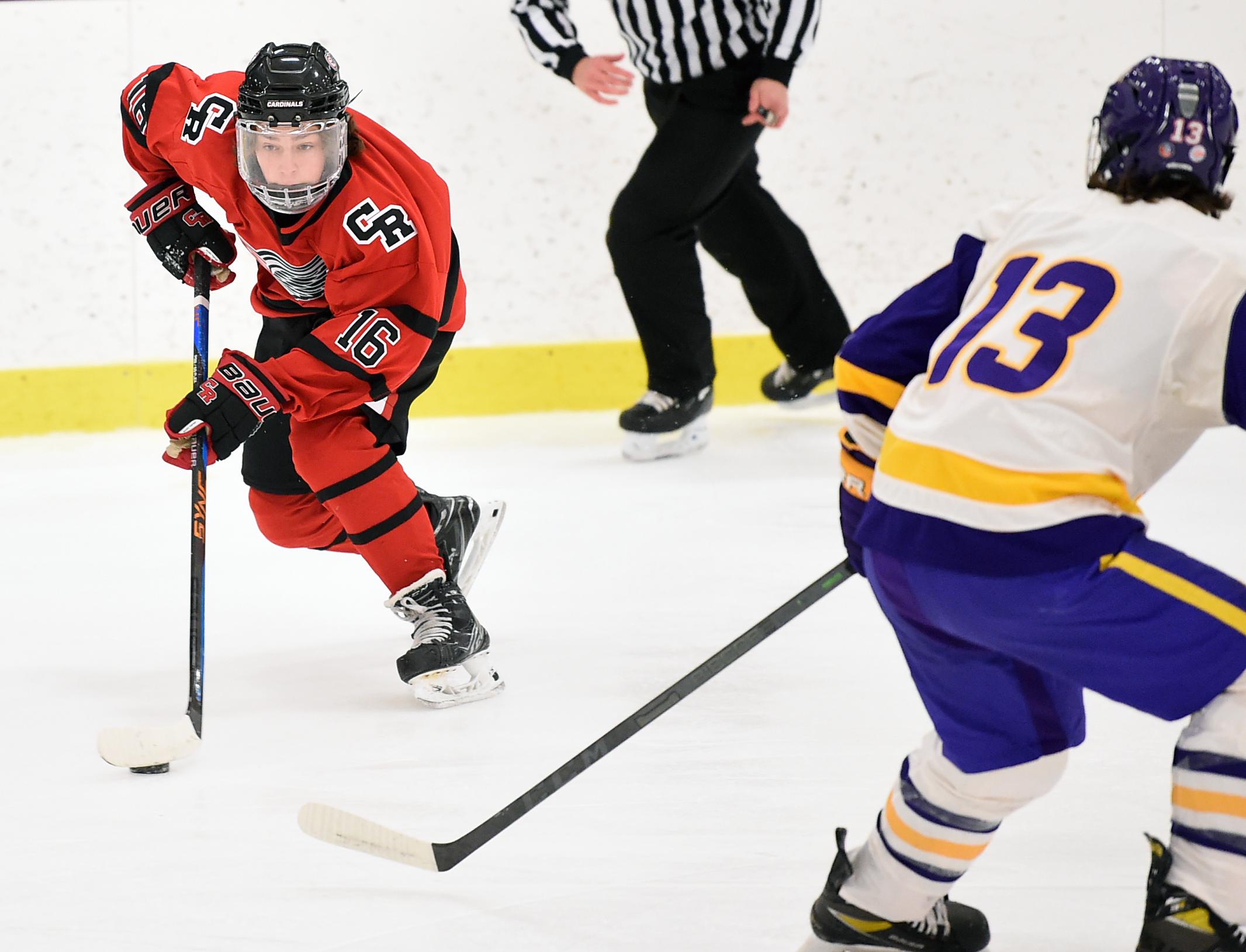 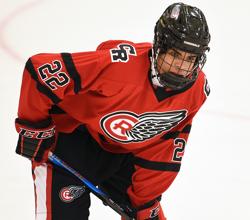 Coon Rapids trucking across the metro to play Waconia was strange enough. Things got really weird in the third period Tuesday when the unlikely matchup took on an NHL overtime look. As in the teams playing 3-on-3 for an extended stretch.

Nine penalties were called in the third period, including five in a wild 56-second span. None of the penalties were coincidentals, so in the following minutes there were brief moments when one team or the other was on a 4-on-3 power play. Or, more prominently, the teams were limited to three skaters each.

“There was a lot of open ice,” Coon Rapids junior forward Trenton Theisen, who had two goals and two assists in the triumph, said about the extended 3-on-3. “The first thing I thought of was like, ‘Oh, this is just like what they do in the NHL in the overtime.’ So it was definitely fun.”

Fun has been the operative word for the 3-1-0 Cardinals, who have scored 16, 9 and 7 goals in their three victories. The addition of Theisen, who scored 40 points to rank second on Spring Lake Park in scoring last season, has bolstered an already talented group of Coon Rapids forwards. He ranks tied for second on the Cardinals in goals with seven and third in points with 10.

“From the first day I was welcomed very nicely,” Theisen said. “I fit in right away and made some new friends. I already have some pretty tight bonds with a lot of guys so that's definitely nice to have. And it helps us on the ice as well.”

“I think we have a vision, and I think we set our standards high,” Theisen said. “We definitely have a lot of ambition.”

Aaron Frach, in his fourth season leading the Cardinals, has overseen the rebirth of a program that only once reached double digits in victories in the previous 19 seasons before doing so in last season’s 10-16-0 campaign. The last time Coon Rapids had a winning season was in 2002-03.

Frach researched the history of the program and paid homage to some of its great teams and players. He invited Coon Rapids grad Ernie Vargas, a former Cardinals star who won a national championship with Wisconsin, spent four seasons playing in the top minor leagues and worked as a scout for the Minnesota Wild (and now the New York Rangers), to speak to the team before a game last season.

Frach also introduced a snazzy new “winged” logo that is a riff on the Detroit Red Wings emblem. Because only varsity players wear gear with that logo, younger players are motivated to “earn their wings.”

These days, a program that once was routinely raided of top players by surrounding schools is now something of a destination. Theisen, Jack Enberg (Green Bay Gamblers 15U AAA) and Tristan Golen (Blaine) are among Coon Rapids’ newcomers.

“I think they're really starting to enjoy the fun we like to have with our group,” said Frach, who played his high school hockey at Delano. “Work hard, play hard and enjoy the moment.”

Waconia’s Luke Koschinska scored the lone goal of the first period. Then Coon Rapids took over with four second-period goals, including two from Barsness.

The loss was the first of the season for Waconia (4-1-0). The Wildcats, also in the midst of a culture change under second-year coach Anthony Reynolds, were coming off overtime victories against Breck and Cambridge-Isanti.

“They are physical, they are gritty, they play hard, they block shots, they are really tough inside,” said Frach, who graduated from Delano a few years ahead of Reynolds and was happy to set up at least a pair of games between the programs (the teams play in Coon Rapids next season) because of their high school connection.

While Reynolds and Frach both start with a blue-collar approach to defense and physical play (much the way Delano plays under yet another former Tigers player in Gerrit van Bergen), Reynolds saw something in Coon Rapids that his Wildcats were unable to match.

“We’ve got to play faster,” he said. “We were mesmerized by their speed. I mean, their top line is about as fast of a top line as you can put out there, at least compared to what we play.” 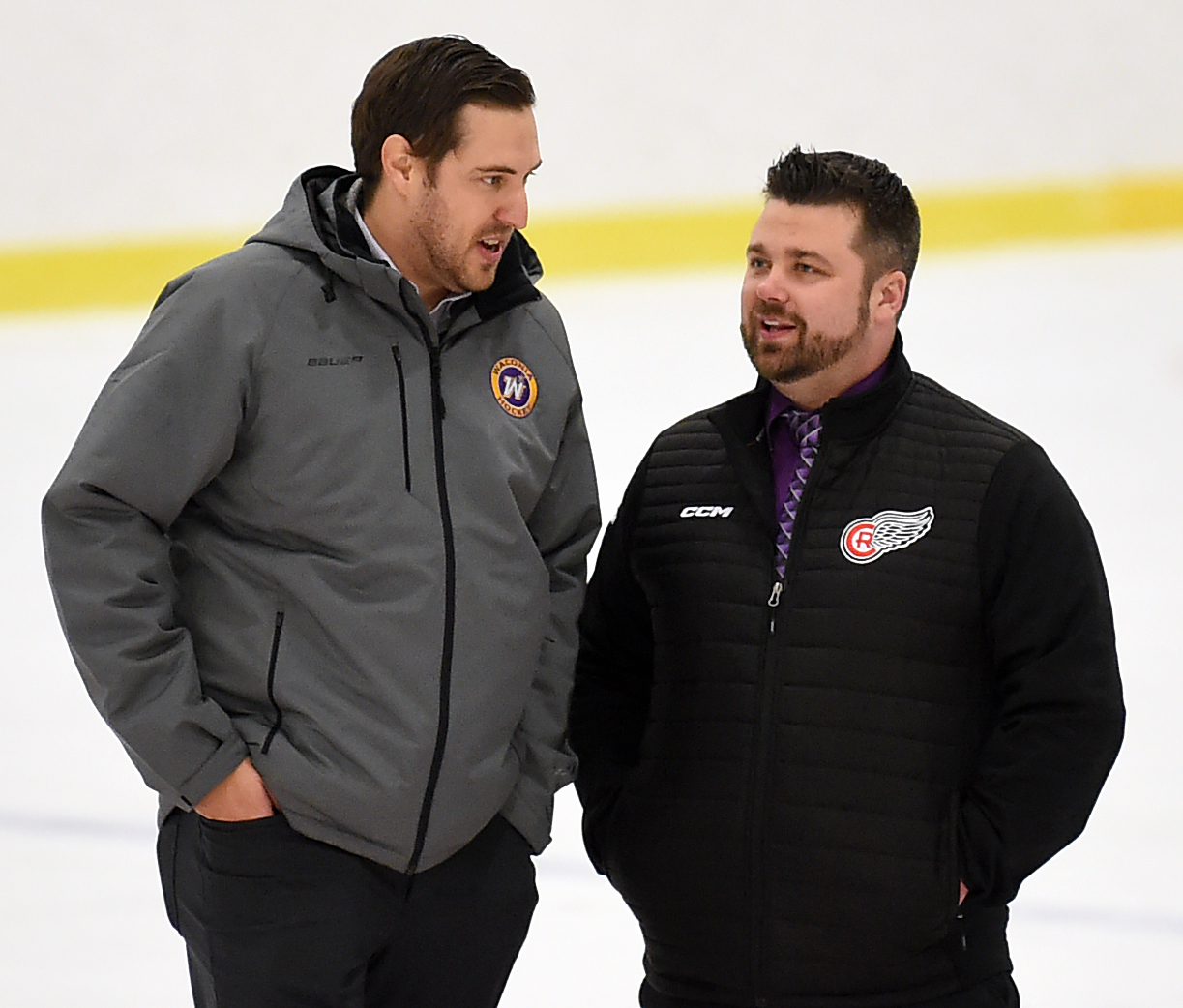