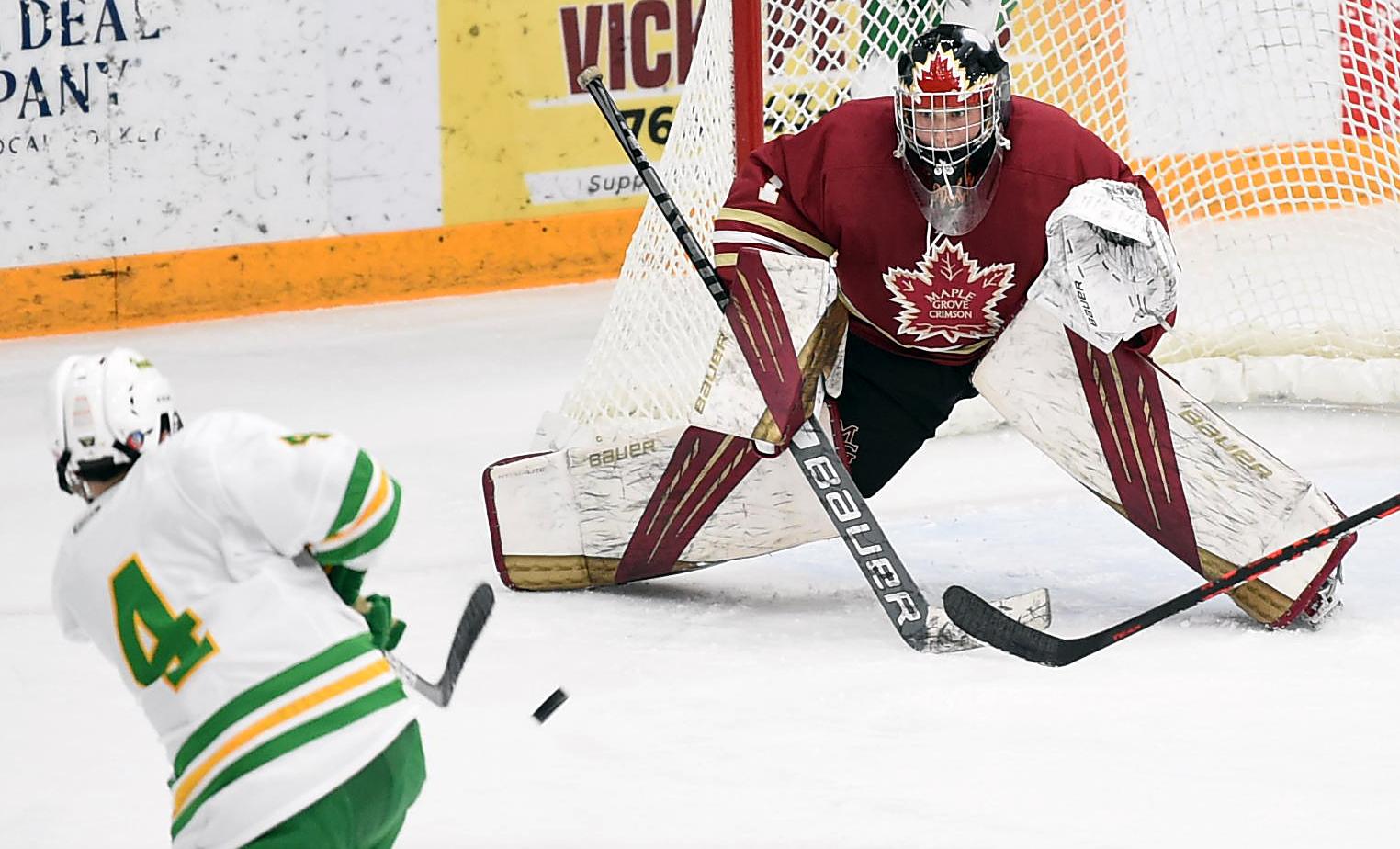 They were whooping it up in the Maple Grove locker room on Friday night, with much of the jubilation centered around Jack Roach, the Crimson goaltender who stopped all 22 shots he faced in a 2-0 victory over Edina in the semifinals of the Wayzata Turkey Trot at the Plymouth Ice Center.

Roach, a senior, posted sparkling statistics (5-0-0 record, .949 save percentage) in spot duty as the backup to Toby Hopp last season. The graduation of Hopp left the starting role in Roach’s oversized mitts, and he kept his cool under the equivalent of a five-alarm fire in the closing minutes as Edina swarmed the Maple Grove net.

“That’s what we just celebrated in there,” Maple Grove coach Todd Bergland said. “Obviously, his first big game, and he stood up to it. He absolutely stood on his head and made some big saves, especially at the end during that flurry.

Roach allowed five goals in five starts last season. But none of those opponents could be confused as elite big-school competition. Facing Edina — a thirteen-time state champion that reached the state tournament last season — in the season opener most definitely qualifies as a big game.

“The nerves were definitely there in the first period,” Roach said. “But we all calmed down and just did our job. And it worked.”

Roach finished with 22 saves, a handful of which came in the closing two minutes as Edina routinely packed the crease with rebound-hungry bodies. The intensity around the net reached a fever pitch in the final minute when Hornets goaltender Robbie Clarkowski was pulled in favor of an extra skater.

Even while swamped in a sea of Edina green, Roach stayed focused on the puck and the next shot. Earning a shutout, he said, didn’t enter his mind.

Maple Grove’s season ended in excruciation fashion last March in the form of a double-overtime loss to Andover in the state championship game.

“We all know what happened to us last year,” Roach said. “The boys all realize we’ve got to win this season. We all put in the work in the offseason.”

Bergland said Roach would depart the Crimson’s offseason workouts and head to specialized goalie training for at least another hour. After that, maybe a trip to the gym.

“He was a football player, and he cut a lot of weight,” Bergland said. “He really got a lot more athletic.” 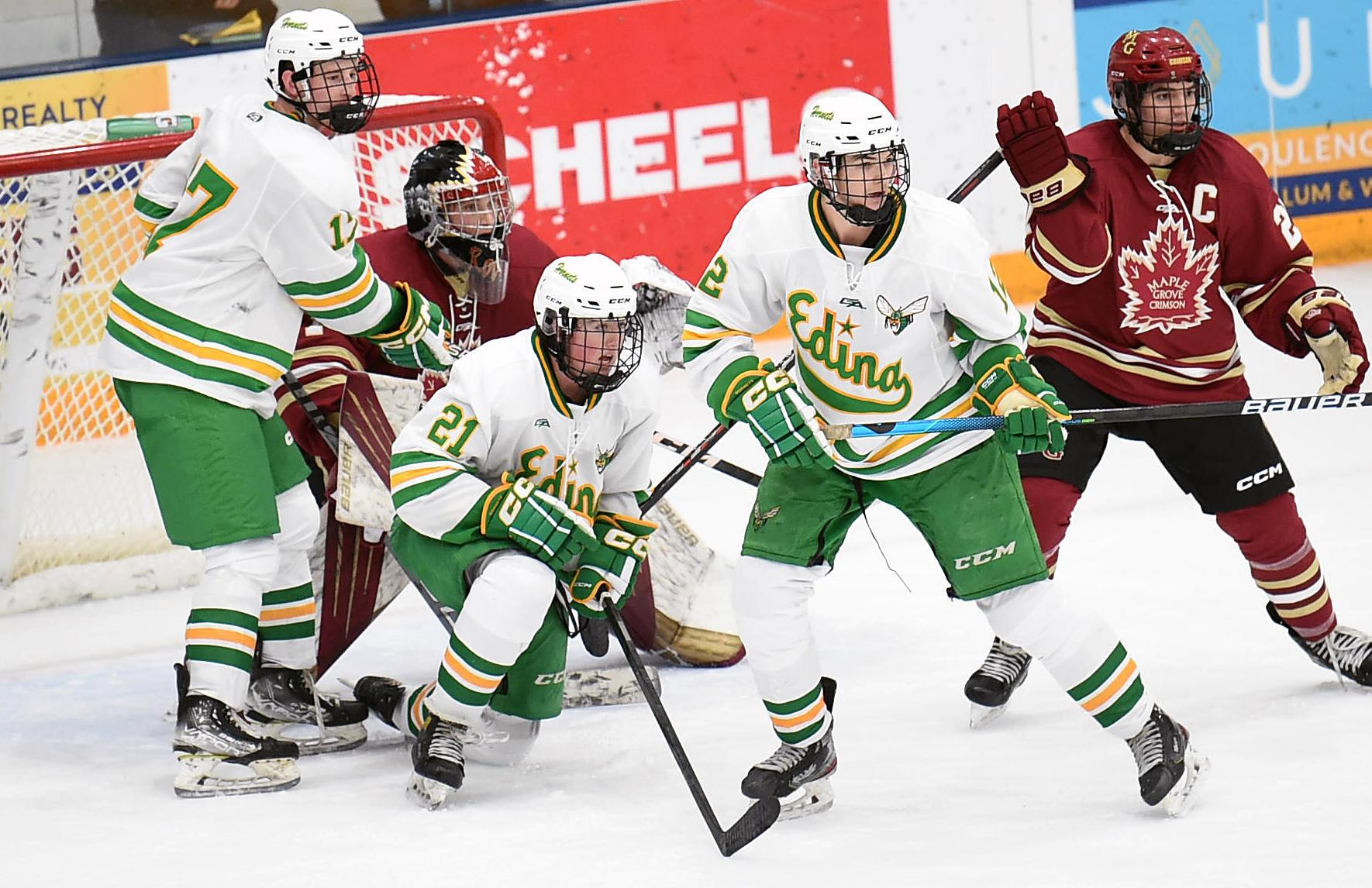 Edina swarmed Maple Grove senior Jack Roach in the closing minutes on Friday but the Hornets were unable to beat the Crimson goaltender in a 2-0 loss. Photo by Loren Nelson, LegacyHockeyPhotography.com