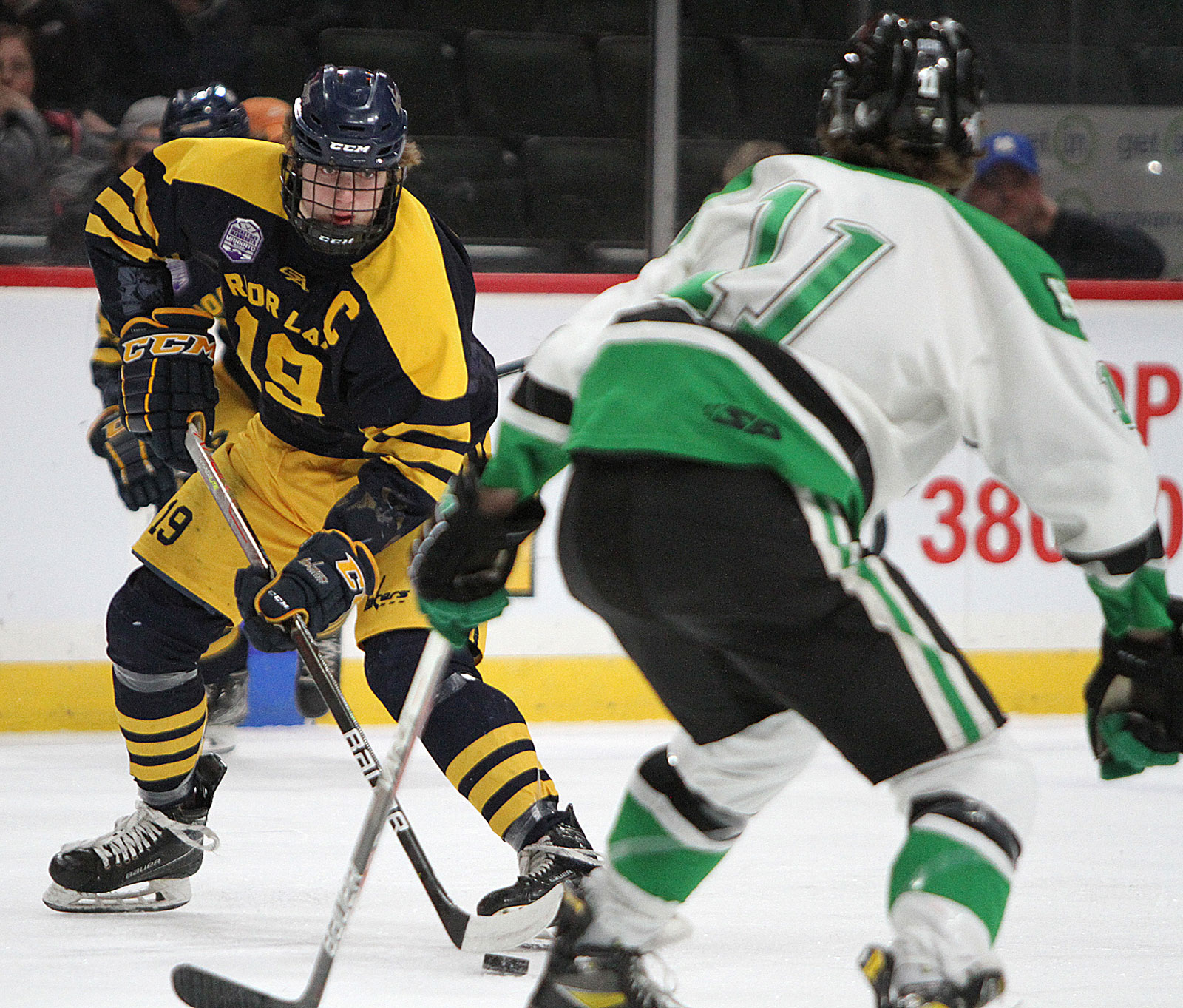 Prior Lake's Alex Bump, left, was selected in the fifth round, 133rd overall, on Friday by the Philadelphia Flyers. Photo by Drew Herron, Legacy Hockey

Warroad’s Daimon Gardner and Prior Lake’s Alex Bump, each of whom scored 83 points last season to rank tied for fourth in the state, were rewarded for their monster senior seasons Friday by being selected during Day 2 of the NHL Draft.

The 6-foot-4, 200-pound Gardner, a Winnipeg native who played his youth hockey and senior high school season in Warroad, was taken in the fourth round, 112th overall, by the Vancouver Canucks. The 6-foot, 195-pound Bump, who scored five goals in a state Class 2A tournament quarterfinal game last spring, was selected in the fifth round, 133rd overall, by the Philadelphia Flyers.

Coincidentally, both Gardner, committed to Clarkson, and Bump, committed to Vermont, spent time with the Omaha Lancers of the USHL last fall before returning to their high school teams. They are two of five players from the Minnesota high school ranks to be selected in this year’s draft.

Zam Plante, who led Hermantown to a state Class 1A championship last spring, was taken in the fifth round, 150th overall, by the Pittsburgh Penguins. Plante, the son of former NHLer Derek Plante, missed nine games with a shoulder injury last season as a junior and still piled up 64 points, including 24 goals. He’s committed to Minnesota-Duluth.

Barrett Hall, a key cog on Gentry Academy’s 2021 undefeated state Class 1A championship team, was taken in the sixth round, 164th overall, by the Seattle Kraken. Hall, a St. Cloud State commit, scored 55 points, including 25 goals, last season as a senior.

Chaska defenseman and Minnesota commit Sam Rinzel, a junior last season, was taken in the first round, 25th overall, by the Chicago Blackhawks Thursday night.