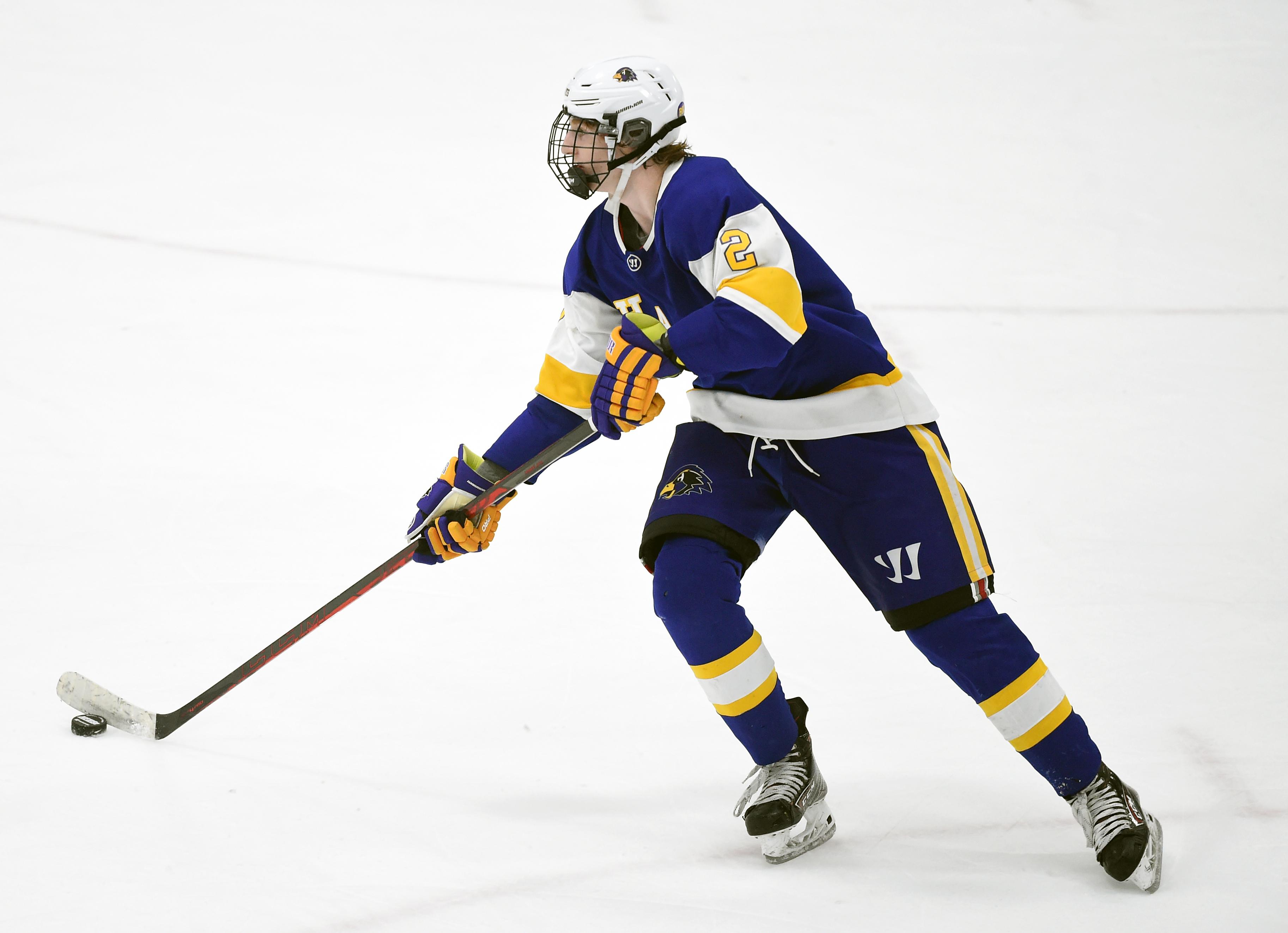 Chaska defenseman Sam Rinzel was selected in the first round, 25th overall, by the Chicago Blackhawks in Thursday's NHL Draft. Photo by Loren Nelson, LegacyHockeyPhotography.com

The popular opinion among NHL analysts and experts was that Sam Rinzel would be selected by the Arizona Coyotes Thursday late in the first round of the Draft. But the Chaska star was involved in one of the night’s most intriguing plot twists when he was selected 25th overall by the Chicago Blackhawks, another team in full rebuilding mode.

To be fair, it would have been all but impossible to see Rinzel-to-Chicago coming, given the Blackhawks traded forwards Alex DeBrincat and Kirby Dach earlier that day as they stockpiled draft picks, three of which were first rounders this year. After selecting defenseman Kevin Korchinski with the seventh overall pick and center Frank Nazar 13th, Chicago took Rinzel, the 6-foot-4, 180-pound University of Minnesota commit.

Chaska coach Matt Cooke said he hadn’t sensed a lot of interest in Rinzel from Chicago before getting a phone call from the organization Thursday morning and having a “long conversation” about the defenseman who this spring helped the Hawks win 22 games and reach a section championship game for just the third time in program history.

“My biggest things when people ask me about him are where is his skating, where is his mobility and where is his skill level,” Cooke said, adding Rinzel has the potential to figure into an NHL team’s top four defenseman in all those categories. “His mobility is probably top two just because he is such a good skater. Plus, he’s 6-4 and a right-handed shot as a defenseman. There aren’t many of those out there.”

Among the recent history of Minnesota defensemen playing high school hockey when they were drafted in the first round, Rinzel, a junior last season, joins the likes of Eden Prairie’s Nick Leddy (16th overall by the Minnesota Wild in 2009), Minnetonka’s Jake Gardiner (17th overall by the Anaheim Ducks in 2008) and Virginia’s Matt Niskanen (28th overall by the Dallas Stars in 2005).

South St. Paul’s Phil Housley is the standard bearer for Minnesota high school defensemen being selected early in the NHL Draft. He was picked No. 6 overall by the Buffalo Sabres in 1982 and made an instant and highly successful jump from high school to the NHL.

Rinzel, who was selected two picks after former Chaska star Jimmy Snuggerud went 23rd overall to the St. Louis Blues, played 21 games for the Waterloo Black Hawks of the USHL last spring after the high school season. Rinzel is expected to forego his senior season at Chaska to play for Waterloo full time.

“For me, there are no red flags,” said Cooke, who played 1,046 games in the NHL after being selected 144th overall by the Vancouver Canucks in 1997. “There’s no reason he is not going to be successful at whatever level that he is at.”