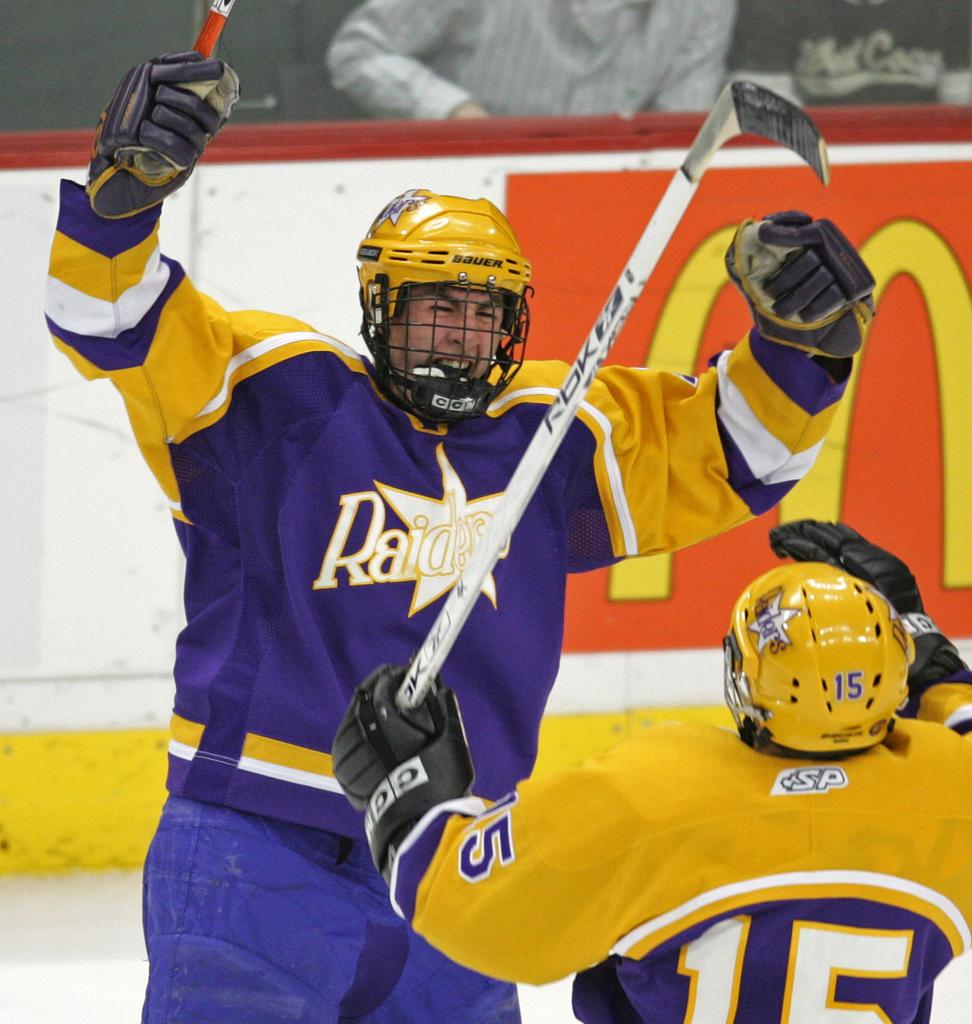 Rookies in Cretin-Derham Hall’s program are often left dazed and confused during their introduction to the Tampa Drill, which features continuous passing and nonstop skating and serves as something of an ode to former Raiders star Ryan McDonagh.

“It never stops, so there’s no whistles,” Cretin-Derham Hall coach Matt Funk said. “New kids kind of get lost in it.”

McDonagh, the Tampa Bay Lightning defenseman playing this spring for a third-straight Stanley Cup championship, introduced the drill to Funk, who has made it a mainstay in Raiders’ practice plans. It’s just one of many contributions McDonagh has made to the program he helped lead to the 2006 Class 2A state championship.

Donations from McDonagh and his wife, Kaylee Keys McDonagh, a former standout in the Raiders’ girls’ hockey program, were crucial in funding the 2015 addition of new locker rooms and a spacious meeting room for both the boys’ and girls’ programs at St. Paul’s Highland Arena. Notes of dedication written by the McDonaghs and expressing what the hockey programs, the high school and the Cretin-Derham Hall community have meant to them appear inside the locker room doors.

Coveted by scouts because of his exceptional skating, among other attributes, McDonagh was recruited to join USA hockey’s National Team Development Program after his junior season.

“They were putting a lot of pressure on him,” said Jim O’Neill, the former Cretin-Derham Hall coach who guided the Raiders to their lone state championship. “But he’s got a lot of family legacy at the school … his grandfather was a 12-time letterwinner. That’s what kept him at Cretin.

“Talking to him many times over the years he’s so thankful and grateful he stayed for his senior year.”

The love flows both ways. Stanley Cup playoffs watch parties have been commonplace over the past three years, with Raiders players among those gathering to cheer on McDonagh, who won the Mr. Hockey award as the state’s top senior skater in 2007.

McDonagh sent the Raiders a video note of inspiration before this year’s the state Class 2A tournament, “To pump the guys up,” Funk said. Pre-COVID, it was common for McDonagh to join the Raiders during their summer skating sessions.

Corvin Kieger, captain of the Raiders’ 2006 championship team, is among a group from that squad — including McDonagh — that has remained close friends. They have assembled for each other’s weddings — including one this weekend in New York— and gathered for numerous other events over the years.

“(McDonagh) won state, was named Mr. Hockey the next year, went to Wisconsin and played in the national championship game and was captain of the (New York) Rangers in Madison Square Garden,” Kieger said. “Now he’s going for a three-peat with the Lightning.

“Through all that success it would be really easy to get caught up in it and not be humble. But he is as humble, gracious and true to himself and his family like you wouldn’t believe.”

McDonagh had two goals and an assist in the Raiders’ 7-0 state championship game victory over Grand Rapids in 2006. Cretin-Derham Hall outscored the Thunderhawks 5-0 in the third period and had a 32-8 shots-on-goal advantage.

“When he skated, his skates made a different sound than everyone else’s,” O’Neill said about McDonagh, who joins former Minnesota high school defensemen such as Hill-Murray's Dave Langevin (four Stanley Cups with the New York Islanders in the 1980s) and Bill Nyrop (three Cups with the Montreal Canadiens in the 1970s) as consecutive Cup winners.

McDonagh has set himself apart in the NHL, too. For his leadership. For his strength. For his toughness. Nicknamed the ‘Mac Truck’ by his Rangers teammates, McDonagh owns the NHL record for career record for blocked shots in the playoffs with 427 entering Sunday’s Game 6 against the Colorado Avalanche.

“He was a multisport guy (McDonagh won a state baseball title with the Raiders as a senior) who always stayed committed to the team,” Kieger said. “Even now, just the way he plays. You don’t stand in front of 100 mph shots night in and night without thinking of your teammates first.”

And past, present and future Raiders (thanks in part to the Tampa Drill), will have a hard time forgetting what McDonagh has meant for the program.