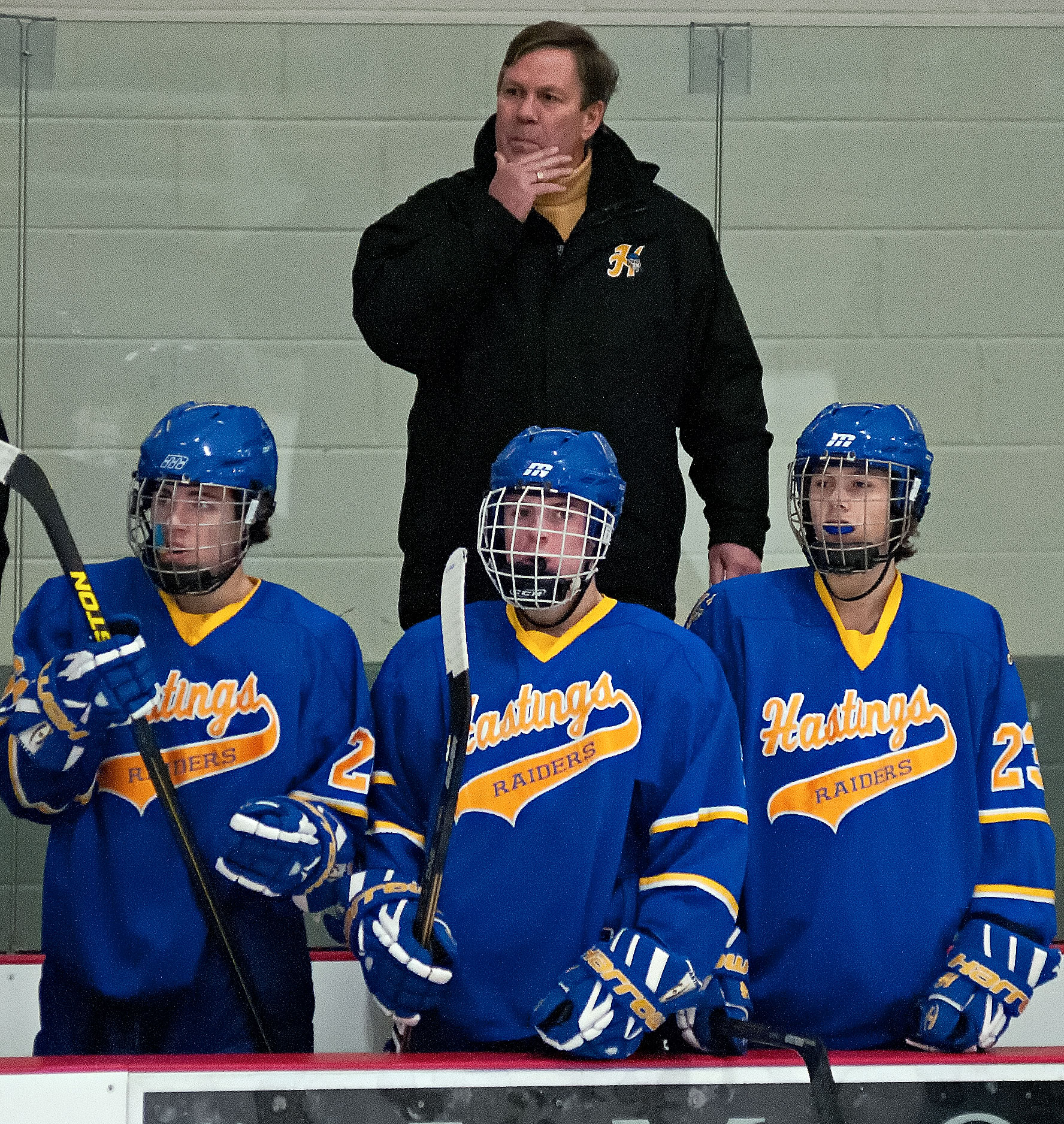 The 41 most chaotic and, in the words of longtime broadcaster Lou Nanne, “absolutely mind-boggling,” seconds in state tournament history are covered in former Hastings coach Russ Welch’s fingerprints and soaked with his DNA.

In 1999 Welch, who guided South St. Paul to five state tournament appearances during a nine-year stretch beginning in the mid-1980s, was at the helm of one of the most talented groups of athletes he had ever assembled in a career that would span more than three decades.

Hastings boasted three of the state’s best players in seniors Jeff Taffe, Ben Tharp and Dan Welch, Russ’s son. All three had committed to play at the University of Minnesota. Taffe and Welch were among the five finalists for the Mr. Hockey award that season, and they had already shared the Star Tribune’s All-Metro Player of the Year award.

“It was those three guys, but people forget we had several more outstanding athletes on that team,” Welch said. “And they all grew up together, winning pretty much everything there was to win in hockey, football and baseball.”

Welch, who coached five high school sports — including tennis and softball — had been with them every step of the way.

The 2021 winner of the Cliff Thompson Award given by the Minnesota Hockey Coaches Association for “long-term outstanding contributions to the sport of hockey in Minnesota,” Welch is among a group of award-winning and Hall of Fame-entering coaches who are set to be honored tonight at the Xcel Energy Center in St. Paul during the Minnesota Wild’s game against the Vancouver Canucks.

“(Adam Gerlach) was a year behind, and he played at Mankato,” Welch said as he began to list the bona fides of his players who brought a 22-4-0 record and championship-or-bust mentality into the 1999 state tournament.

“The success we had since were 10 years old with basically that core group was incredible,” said Vogelgesang, the head boys’ hockey coach at East Ridge. “We beat the crap out of each other in practice because we were so competitive.”

The Raiders entered the 1999 state tournament ultra-focused and lugging a Humvee-sized chip on their collective shoulder. They had lost 5-4 to Duluth East in the state Class 2A quarterfinals the year before, surrendering an early 2-1 lead and having a late rally that included a goal by Mike Krauth with two seconds remaining fall short.

Hastings’ quarterfinal against Blaine the following year played out in eerily similar fashion, only with much more severe momentum swings. Hastings built a 4-1 lead after the first period and led 5-2 early in the second. The Bengals then reeled off four unanswered goals to take a 6-5 lead with 4:27 left in the third.

Welch, who would later describe the game, with its defensive lapses and at times shaky goaltending, as a “coach’s nightmare” to the media, did his best to present a calm and cool exterior amid the chaos.

Added Vogelgesang: “Even with all that talent, the coach still has got to keep the train on the track.”

Welch tied it at 5-5 with 41 seconds left, shoveling a rebound over Blaine goaltender Justin Johnson. Russ Welch, just happy to be headed for what appeared to be overtime, said he considered sitting his exhausted top line for the closing seconds.

Meanwhile, Dan Welch had no intention sitting the final shift, much less allowing the game to extend to an extra period. He was at the bench telling best buddy Taffe, “We’re winning this right (expletive) now.”

Hastings forced a Blaine turnover in the neutral zone, and with time about to expire, Taffe whipped the puck toward the Bengals' net. Blaine defenseman Greg Zemple had difficulty corralling the puck at the blue line just as Welch raced in and snatched it. Welch, in all alone on Johnson, fired a rocket over the goaltender’s shoulder for the winning goal.

Welch’s momentum carried him to the far end of the rink, where he was mobbed by teammates and greeted by the Raiders’ student section. Blaine players and rowdy Hastings fans, some wearing hockey helmets and others pirate bandanas, took turns smashing their fists and faces against the Target Center glass, which eventually was knocked out of its stanchions.

Welch didn’t look at the clock after he scored until he returned to the bench on his way to the locker room. It read 0.2 seconds, the latest a goal has ever been scored to win a state tournament game.

“It was the most exhilarating game of my career not only because of the finish but because we blew that lead and had to come back,” Russ Welch said. “And then, what made it even more exciting was my son scoring the last two goals.”

Hastings beat Elk River, led by future NHLer Paul Martin, in double overtime in a semifinal the following evening. The Raiders dominated much of the first period of the championship game against Roseau, but eventually felt the cumulative effect of the energy and emotional drain from the previous two nights and fell to the Rams 4-0.

“They were big and strong and we just kind of ran out of gas,” Russ Welch said.

Welch guided Hastings to the state tournament in each of the next two seasons, but the second-place finish in 1999 remains the best in Raiders history. And those final 41 seconds against Blaine are still a centerpiece of Hastings hockey lore.