Combined 11-goals in Class 2A title game sets record, other firsts and oddities from this year's Tourney 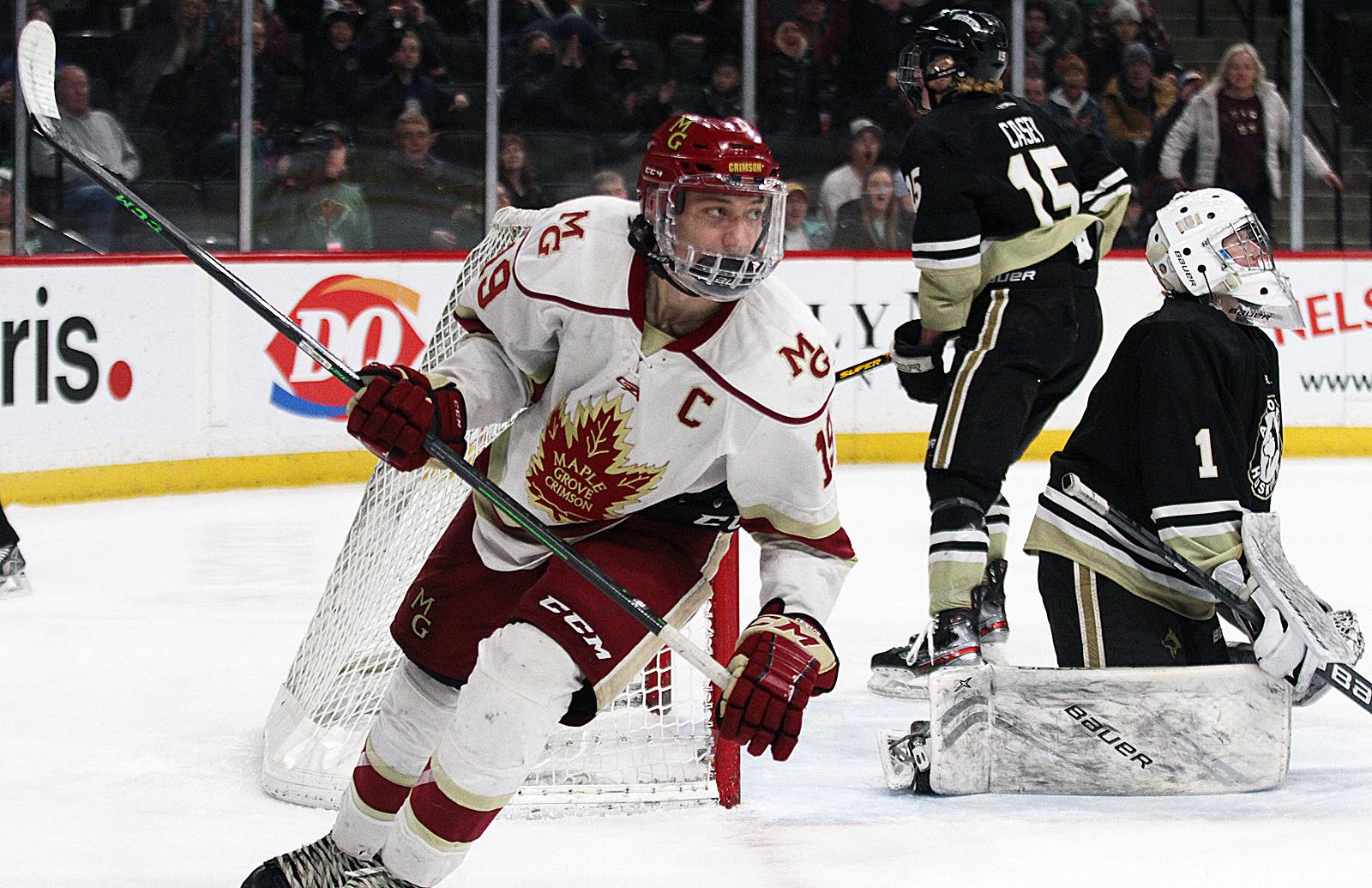 Maple Grove's Josh Giuliani scored eight goals in the Class 2A tournament, the most since Duluth East's Dave Spehar had nine in 1995. Photo by Drew Herron

As Saturday's state Class 2A championship game headed to overtime with the score tied at 5-5, a conversation late in the regular season with Wayzata coach Pat O’Leary about the importance of a full team commitment to defense — especially in the playoffs — popped into mind.

Because O’Leary, when asked about the idea of playing a run-n-gun style in which a team simply tries to outscore its opponents 7-6 or 6-5 said: “I don’t remember many state championship games being won 7-6.”

He’s right. Before Saturday night the highest combined goal total in championship games in single class, Tier I or Class 2A history was 10, a number reached four times:

The record in all classes for most goals in a single game is 13 and belongs to the 1996 state Class 1A title game in which Warroad beat Red Wing 10-3.

All three Class 2A games (championship, third place, consolation championship) were extended to at least one overtime Saturday, the first time that’s happened in state tournament history in any format (one class, Tier I and II, Class 1A and 2A).

The Team IN Black

Andover was the visiting, or lower-seeded, team in all three of its victories. The Huskies defeated the No. 4, 1 and 3 seeds to win the championship.

Centennial was the visitor in all three games in 2004 — three years before teams were seeded — when it famously won all three of its games by shutout.

Josh Giuliani’s eight goals in the tournament puts the Maple Grove senior in some legendary company. Giuliani’s total matched that of Benilde-St. Margaret’s Grant Besse in 2012 and Duluth East’s Dave Spehar in 1996 — the most since Spehar scored nine goals in the 1995 tourney.

Eveleth’s John Mayasich owns the record for most goals in a tournament with 15, set in 1951.

CURSE OF THE SEMIFINALS RETURNS

Mahtomedi is one-for-one in championship game appearances, having won the 2020 state Class 1A title in its only trip to big game.

Getting past the semifinals is the tricky part for the Zephyrs, and their 5-4 overtime loss to Warroad in a Class 1A semifinal Friday served as a sad and familiar refrain for Mahtomedi fans.

The Zephyrs are 1-6 in state semifinals, with five of the losses coming in overtime. Three of those overtime losses have come against Warroad.