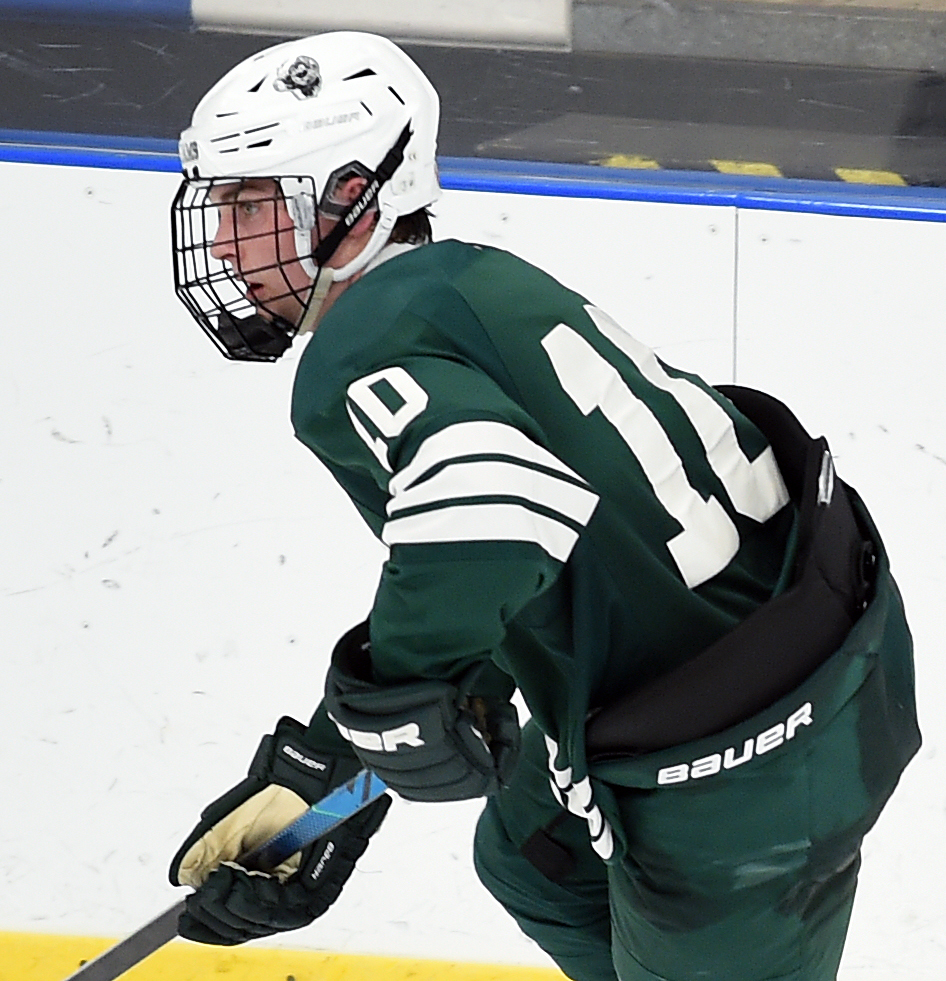 The Mr. Hockey Award had a bit of whodunit flavor to it this year, right down to the final reveal.

“I’m not going to say it is totally a surprise,” Roseau coach Greg Lund said about Max Strand, his star forward, winning the award Sunday at the St. Paul RiverCentre. “But I think everybody there was thinking Bump was going to be the one that was named.”

“Bump” would be Alex Bump, the Prior Lake forward who etched his name in state tournament lore with a five-goal Class 2A quarterfinal performance against Cretin-Derham Hall. Bump, who is committed to Vermont and a certain NHL Draft pick in early July, finished third in the state with 48 goals and in a tie for fourth in points with 83, five more than Strand.

Initial ballots for Mr. Hockey, which is chosen by NHL scouts, junior scouts and coaches and select media members from around the state, were dispersed Feb. 10, long before the start of the section playoffs.

Strand, who is undecided about his college future, did much of his best work in the regular season. He registered four hat tricks in five games in a December stretch that included top-10 teams Moorhead and Grand Rapids as opponents. He finished with 36 goals among his 78 points.

“Once he gets going and gets that first goal, he usually erupts for a bunch,” Lund said. “He has a heck of a touch around the net. As the season went on other teams were really keying on him.”

My assistant coach Tom Murphy was there, and he said ‘Pauly Broten is giving this thing away. There’s something up here.’

Lund first began to suspect Sunday that the Mr. Hockey winner wasn’t as pre-ordained as many thought when he learned Paul Broten, a Roseau star in the early to mid-1980s, was the keynote speaker and would be presenting the award.

“My assistant coach Tom Murphy was there, and he said ‘Pauly Broten is giving this thing away.’ ” Lund said. “ ‘There’s something up here.’ ”

Broten said he received a call out of the blue just more than a week ago asking if he would attend the event and present the award.

Broten, curious as to why he was chosen, asked, “Do I know the winner?”

While Broten had a strong feeling the winner would be Strand, “Why else would they ask me?” he said, he didn’t know for sure until he opened the envelope Sunday and saw Strand’s name.

Strand said he didn’t bother to think his chances to win the award improved with Broten’s involvement.

“I didn’t even put two and two together,” Strand said. “I knew I had a chance, but I thought it was anyone’s game. It was never 100 percent for anyone. I knew (Bump) had the best chance out of everyone. He was probably my pick.”

Strand joins a pantheon of Roseau high school greats that dates all the way to 1946 when Roseau won its first state championship. That team was led by Bob ‘Doc’ Harris and Rube ‘The Masked Marvel’ Bjorkman. Harris said his “heart jumped this morning” when he saw the headline that a Roseau player had won the award.

Strand joins Aaron Ness as the two Roseau players to be named Mr. Hockey. Ness, who has played in the NHL and suited up for Team USA in the most recent Olympic Games, led the Rams to the 2007 state championship.

“I was just starting out in hockey pretty much when he was coming through,” Strand said. “He was an unbelievable player.”

The award was first presented in 1985 to Tom Chorske of Minneapolis Southwest. Had it been around longer, there’s no doubt several more Roseau players would be on the list, names such as Jim and Larry Stordahl; Don Ross; Neal, Aaron and Paul Broten; Butsy Erickson and so many more.

“It’s a dream to follow in their footsteps,” Strand said. 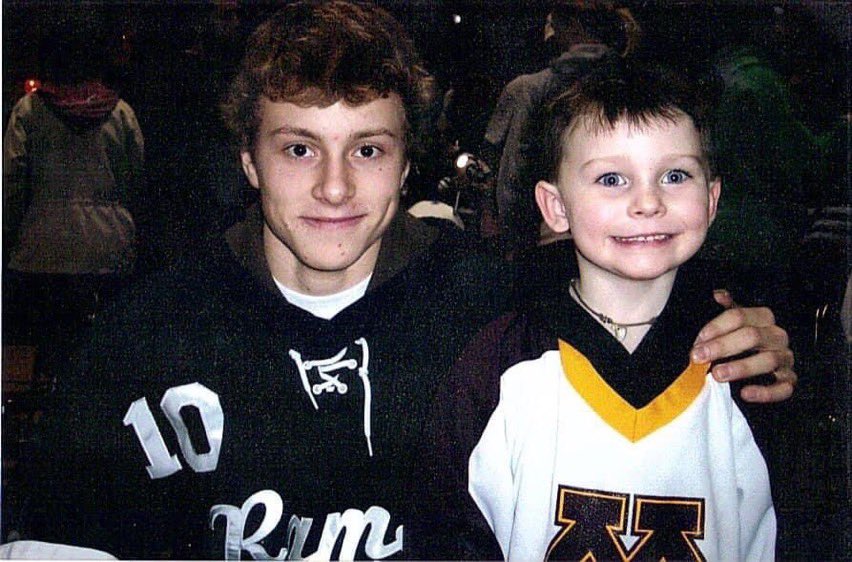 Dardis, who led the state with a .938 save percentage, posted a 16-12-1 record with five shutouts and led the Zephyrs to a third-place finish at the state Class 1A tournament.

Marko Belak of Cretin-Derham Hall and Austin Brauns of Andover were the other finalists.