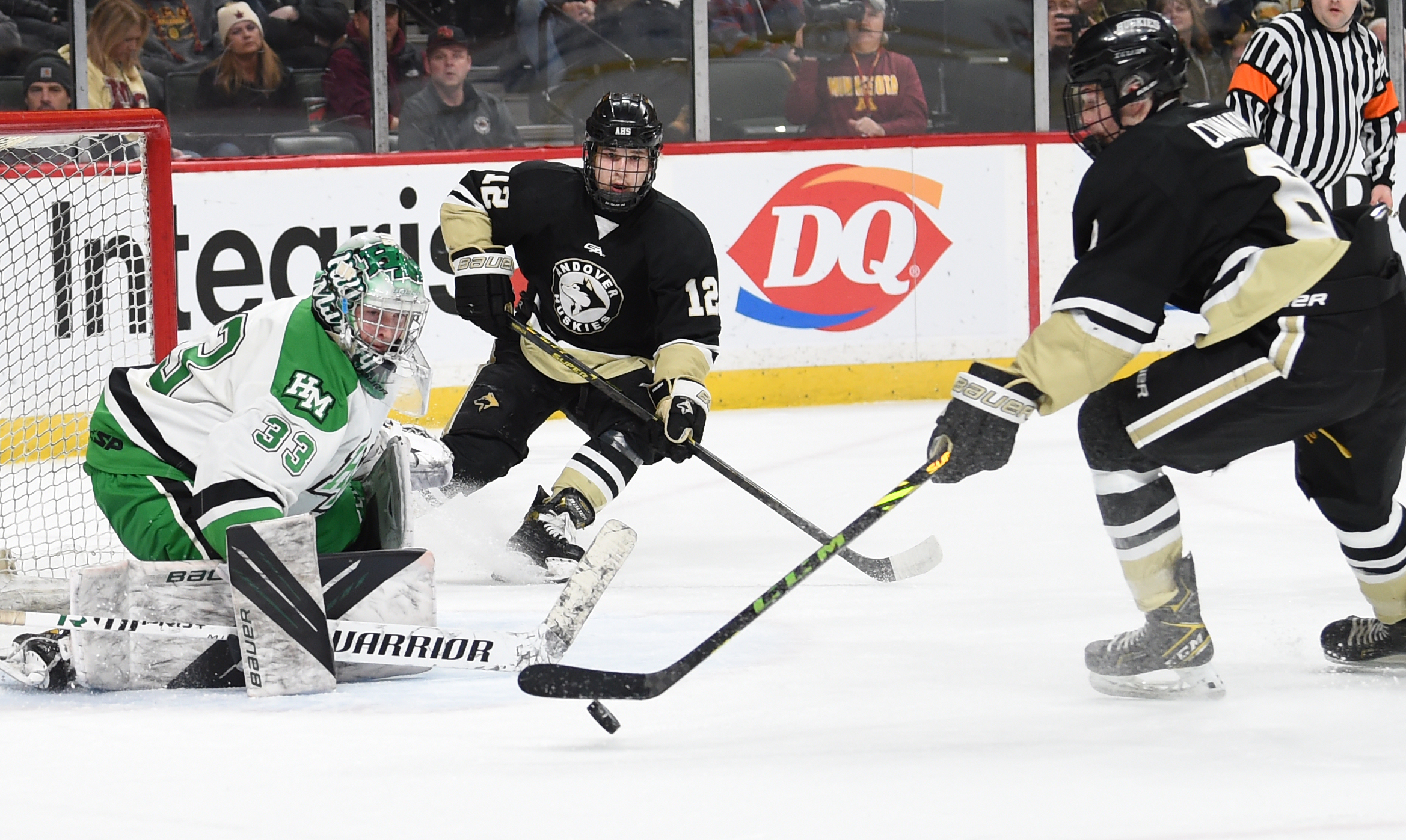 Hill-Murray goaltender Jack Erickson and Andover's Gavyn Thoreson (12) watch as Andover forward Cooper Conway controls the puck in the crease Friday during a Class 2A semifinal at the Xcel Energy Center in St. Paul. Photo by Helen Nelson, Legacy Hockey

Andover’s Gavyn Thoreson is a complicated kid. He’s a living, breathing, skating contradiction. He’s cherub-looking in street clothes but a stone-cold killer on the ice.

The junior forward can appear to be dead tired one second, then suddenly summon the energy for an end-to-end rush the next.

Andover coach Mark Manney will alternately say he's the most skilled player the Huskies have had in their program, then add, “He's a tough kid to coach, to be honest with you.”

Huskies defenseman Weston Knox often tells Thoreson how much he hates him, “But at the same time, I love him,” Knox said.

And so it goes.

Thoreson was at his trash-talking, freewheeling, make-something-out-of-nothing best Friday in the state Class 2A semifinals against Hill-Murray, scoring twice and adding a highlight-reel assist in No. 5 seed Andover’s 4-2 victory over the No. 1-seeded Pioneers at the Xcel Energy Center in St. Paul.

The 5-foot-8, 154-pound Thoreson is one of those players who never stops talking. Agitator, instigator, superpest — they all fit. He’s the kid who just might commit a hook, hack or slash if he thinks he can get away with it. He takes his share of abuse, too, often receiving more than he is giving.

“He's always a kid that's like under your skin and everything, but what he does on the ice is just amazing,” Knox said.

Thoreson leads the Huskies in state tournament scoring with five points, including three goals. He has 29 goals and 42 assists on the season. But his most important statistic just might be penalty minutes. The son of Andover assistant coach Bill Thoreson, Gavyn has at times taken an excessive amount of away-from-the-play or after-the-whistle penalties.

“He knows it, and he's worked on it very hard,” Manney said about Thoreson’s penchant for penalties. “The last month of the season, he’s been really good.”

Thoreson has been whistled for one penalty in his last 12 games, an unsportsmanlike conduct call Feb. 10 against Coon Rapids.

Despite being drained from a double-overtime finish against Moorhead in the late game Thursday, Thoreson also turned in the play of the game Friday. He made a high-speed rush into the Hill-Murray zone that ended with a behind-the-back pass to linemate Cayden Casey, who deposited the puck into an open net with 10 seconds left in the second period. The goal put Andover ahead 3-1.

“I honestly have no idea how my legs were there,” Thoreson said. “I was gassed last night, I could barely walk up stairs.” 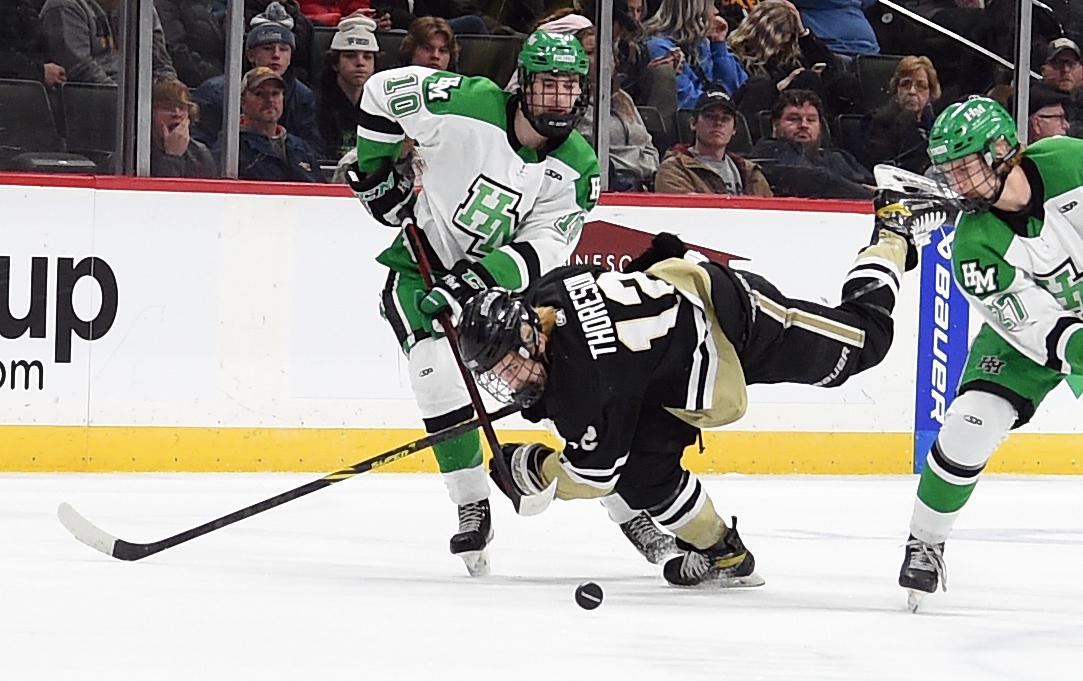 Andover's Gavyn Thoreson, middle, scored twice an had an assist Friday in the Huskies' 4-2 victory over Hill-Murray in a state Class 2A semifinal at the Xcel Energy Center in St. Paul. Photo by Helen Nelson, Legacy Hockey