Crimson forward holds Prior Lake star Alex Bump to a goal, scores three of his own 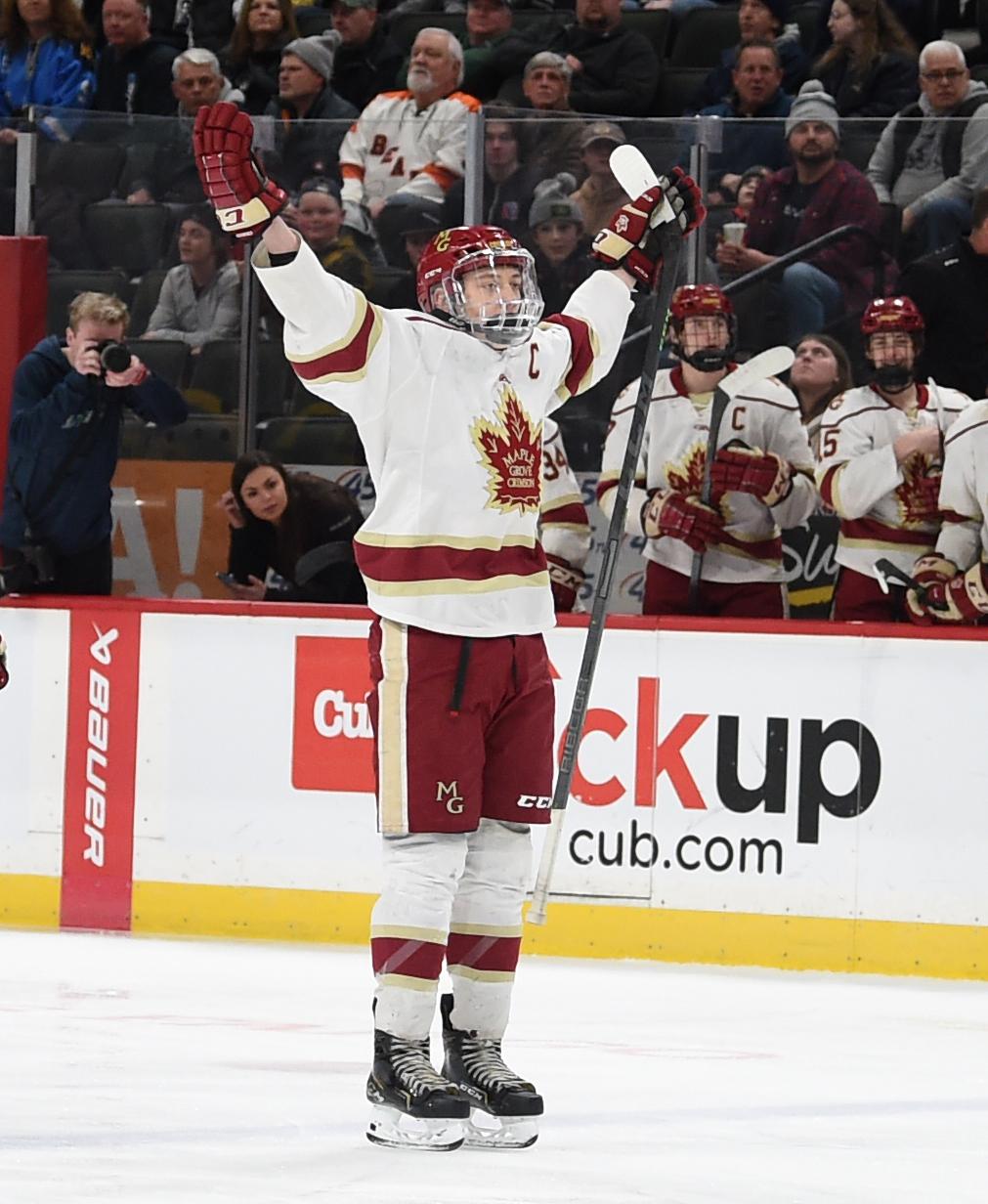 Josh Giuliani didn’t waste any time both invading Alex Bump’s personal space and barreling into his psyche on Friday.

“I started the game with maybe not the nicest words in the world to him,” admitted Giuliani, the Maple Grove senior who, when he wasn’t pestering the Prior Lake’s superstar into submission, was scoring three goals in the Crimson’s 6-2 state Class 2A semifinal at the Xcel Energy Center in St. Paul.

Naturally, Maple Grove coach Todd Bergland was besieged by questions about his strategy for stopping Bump. Well, it was really only one question:

“Josh has a way of getting under the skin.”

Bump had etched his name into state tournament lore Thursday when he scored five goals — and added an assist — in the unseeded Lakers’ 6-0 quarterfinal upset win over No. 2 seed Cretin-Derham Hall.

Only Eveleth's John Mayasich, with seven and six goals in single games in the 1950s, has more.

Why, indeed. The 6-foot, 180-pound Giuliani’s normal game — which packs physical play, speed and a nasty streak — offers more than enough to shut down any player, even the one most likely to win the Mr. Hockey award that goes to the state’s top senior skater.

Bump managed a goal in the second period to pull Prior Lake (19-11-0) to within 4-2, but Landen Gunderson and Giuliani added goals later in the period to put Maple Grove (23-6-1) up by four. Giuliani scored twice in Maple Grove’s quarterfinal victory over Edina, giving him five for the tournament and 28 for the season.

Prior Lake coach said the treatment Bump received Friday, was about the same the Lakers deployed when matched up against former Eden Prairie star Casey Mittelstadt, the 2017 Mr. Hockey winner who plays for the NHL’s Buffalo Sabres.

“The played him the same way I used to try to handle Mittelstadt,” Pankratz said. “Send one guy on him, two guys at him, hack him, slash him, whack him, hold him, do everything. And that’s what they were doing (to Bump) pretty much for three periods.” 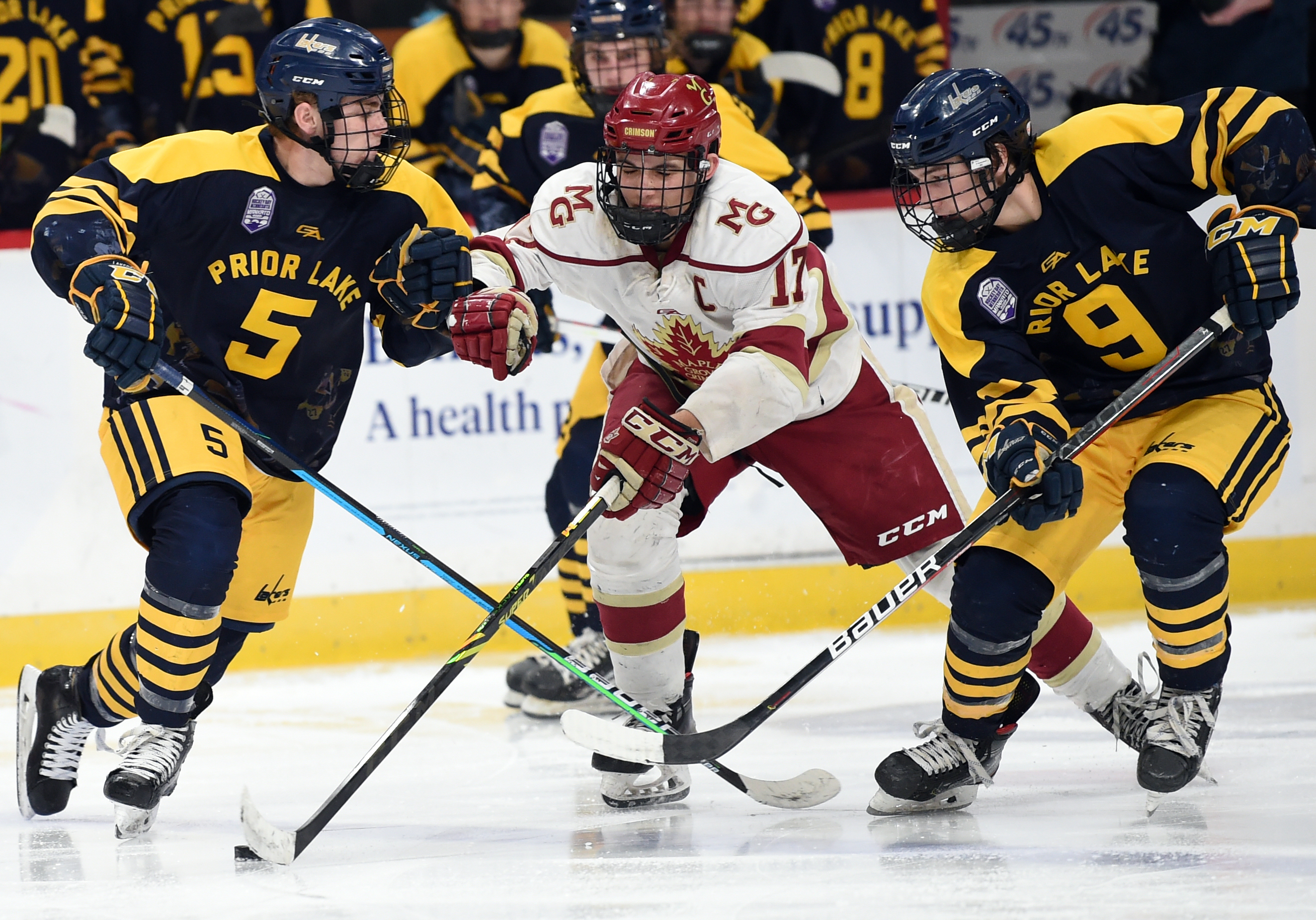