Hawks take 'punch in the face', then score seven unanswered goals to beat Alexandria in state Class 1A semifinal 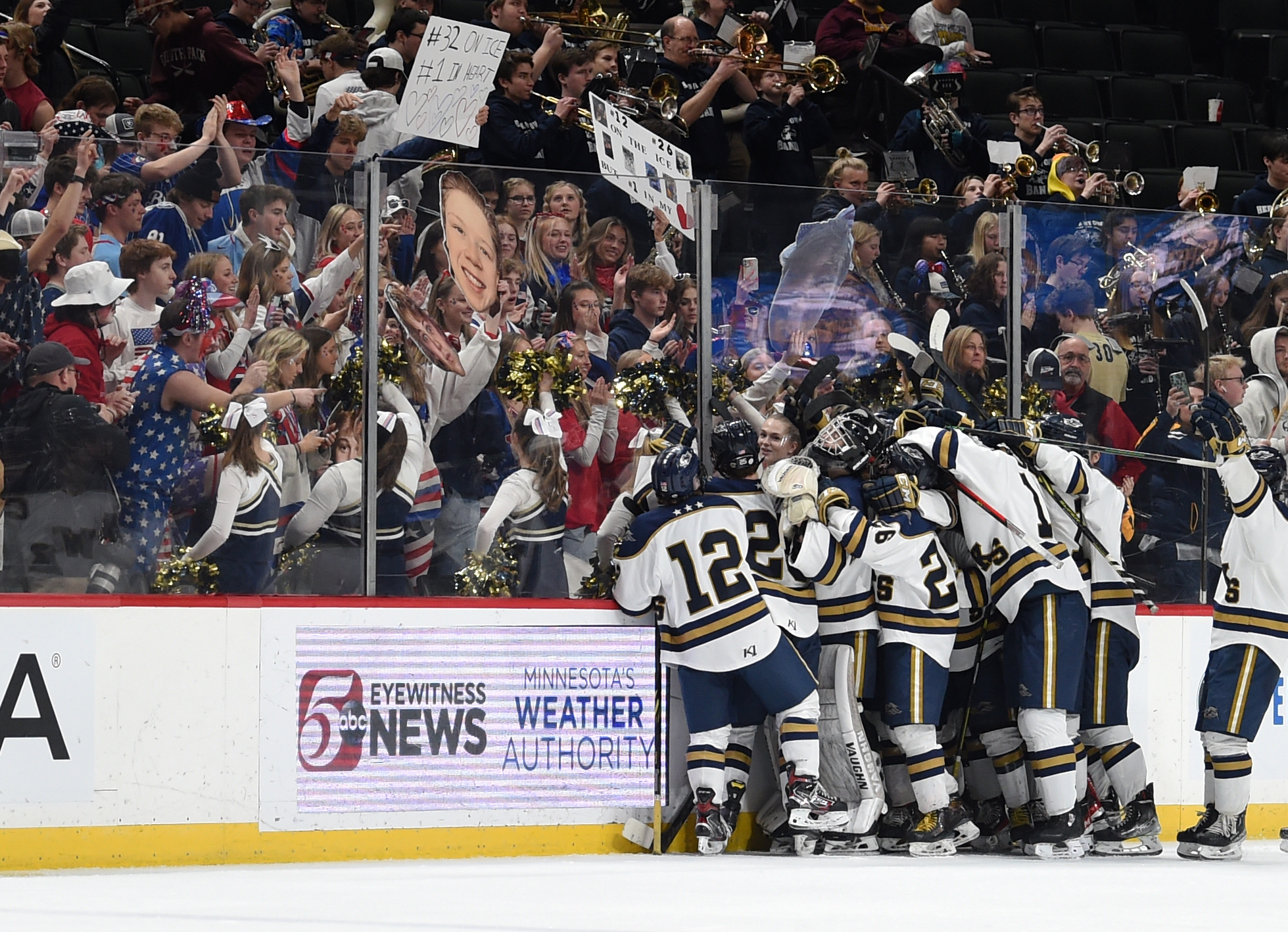 Hermantown celebrates its 7-1 state Class 1A semifinal victory over Alexandria on Friday at the Xcel Energy Center in St. Paul. Photo by Helen Nelson, Legacy Hockey

The chant, a student-section favorite, was emanating from the Hermantown locker room Friday at the Xcel Energy Center in St. Paul.

The No. 1-seeded Hawks had just defeated No. 5 seed Alexandria 7-1 in a state Class 1A semifinal at the Xcel Energy Center in St. Paul, and Hermantown players were mimicking the Cardinals’ student section from early in the game.

Alexandria fans had, in effect, poked the bear by unleashing the over-rated chant after Cardinals forward Tyler Kludt opened the scoring 2:09 into the first period. Bad idea.

“They punched us in the mouth, and I love how we responded.” Hermantown coach Pat Andrews said.

Hermantown, so dominant in compiling a 28-2-0 record, hadn’t trailed since falling behind Grand Rapids 2-0 on Feb. 15 in an eventual 3-2 Hawks victory. Playing at Grand Rapids’ venerable IRA Civic Center in February isn’t quite the same as the Xcel Energy Center in March. But a difficult venue to escape from with a victory, nonetheless.

“It was absolutely packed, and if any of you have ever watched a hockey game in Rapids, that's an intimidating place,” Andrews said. “And these guys just clawed back, clawed back and won that game. So they're tested for sure.”

Tested, and a little bit prickly. It’s not often Hermantown, the No. 1-ranked team in Class 1A all season, requires any extra motivation. But the Hawks got it Friday.

“We took it pretty personal,” forward Gavin Blomdahl, one of seven Hawks goal scorers, said about the over-rated chant. “I don't think we’re an overrated a team at all. I think we're pretty good. So to hear that kind of fueled a little fire underneath us, and we kind of took off from there.”

The Hawks led 3-1 after the first period and 6-1 heading into the third.

The key to stopping Hermantown? Perfection, more or less.

“Going into the game, I told the guys it's gonna require all five guys 100 percent of the time, every single shift, knowing where their man is,” Alexandria coach Josh Meyers said. 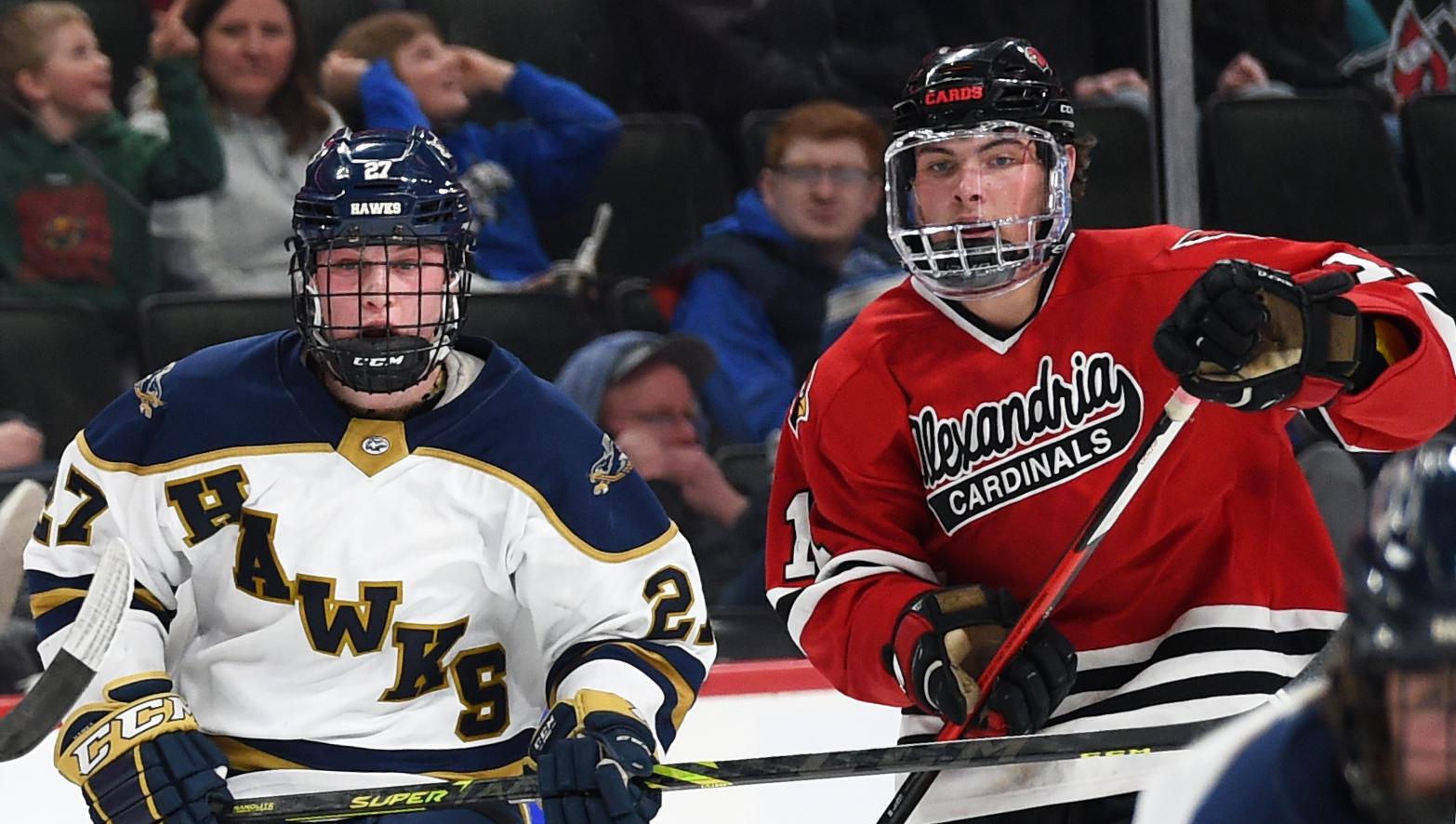 Hermantown's Zam Plante, left, had two assists in the Hawks' state Class 1A semifinal victory over Alexandria on Friday at the Xcel Energy Center in St. Paul. Photo by Helen Nelson, Legacy Hockey