'Stiff sticks' save the day for Andover 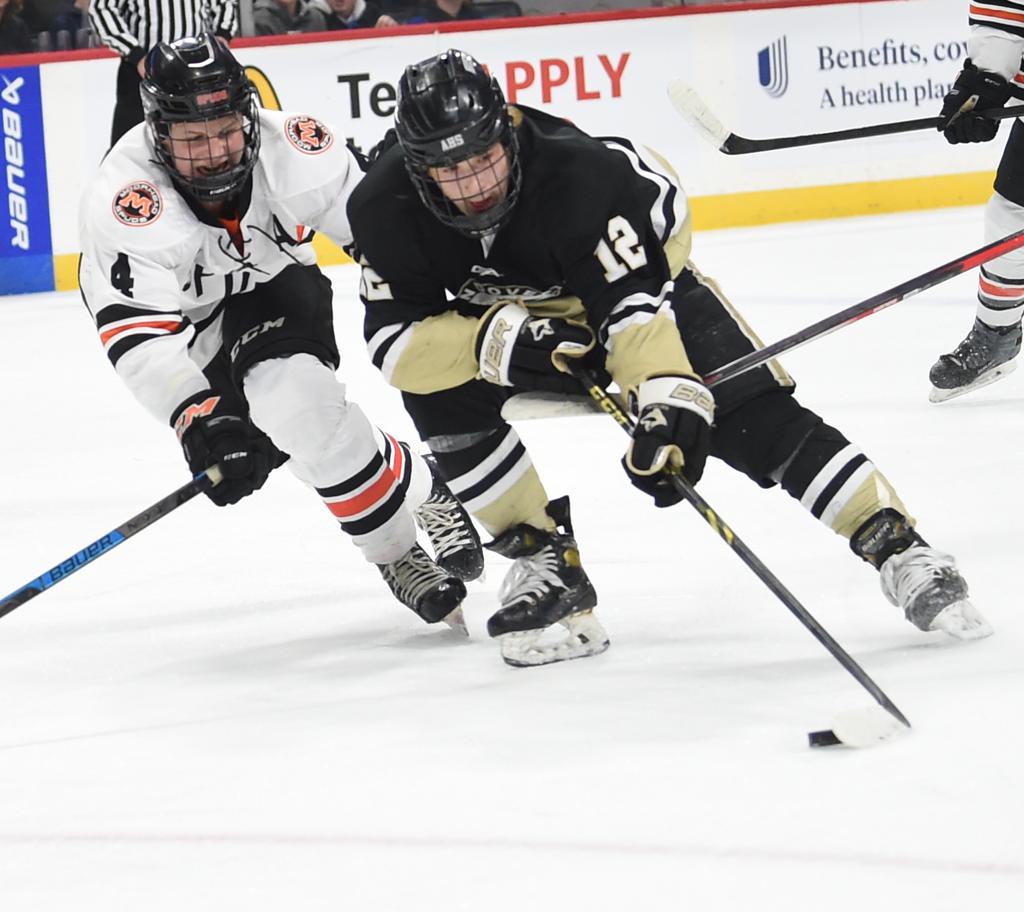 Andover's Gavyn Thoreson, right, shields the puck from Moorhead's Joe Schiller. Thoreson scored in double overtime on Thursday to lift the Huskies to a 2-1 state Class 2A quarterfinal victory over the Spuds. Photo by Helen Nelson, Legacy Hockey

A game that had disallowed goals, huge hits, even bigger saves and multiple overtimes finally was decided courtesy of a simple practice drill called “stiff sticks.”

“Stiff stick, where you go hard to the net and tip it in,” said Andover’s Gavyn Thoreson, who scored exactly that way in double overtime Thursday to lift the No. 5 seed Huskies to a 2-1 victory over No. 4 seed Moorhead in a state Class 2A quarterfinal at the Xcel Energy Center in St. Paul.

The idea of the drill, as explained by Huskies coach Mark Manney, is to grip the stick tight so the puck can be steered into the net.

“If your bottom hand is loose on the stick, (the puck) will just pop away,” he said.

Added Thoreson: “We do that drill every day, and it paid off.”

The victory sends the Huskies (23-5-1), making their third state tournament appearance, to the semifinals for the first time.

While the stiff stick drill sounds simple in theory, the winning play against the Spuds required Cayden Casey to pounce on a turnover at neutral ice and then lead a streaking Thoreson with a perfectly timed pass.

“I made eye contact with (Casey) when we were going down the ice, and he knew what he was doing,” Thoreson said. “He made a perfect pass.”

The goal came 10:39 into the 17-minute second extra session. Cooper Conway had scored for Andover and Harper Bentz for Moorhead (21-7-1).

Casey was intimately involved in another of the  game’s central plays, a disallowed goal with 16.3 seconds left in regulation.

The puck banked off Casey’s right skate and into the net, and it was ruled on video replay that the Andover junior intentionally directed it into the goal.

“I went for it with my stick and then I ended up missing the puck,” Casey said. “So then I just tried to catch with it my foot and it just happened to go into the net.”

Another potential Andover goal was reviewed in the first overtime, but it was ruled the whistle had blown before Logan Gravink swiped a loose puck in the crease into the net. Manney had no issue with that call but was not pleased with the decision on the Casey goal-no goal.

“We might do a stiff stick drill, but we sure don’t do something where we go full speed and turn our foot and direct it intentionally into the net,” Manney said. “He was just trying to catch a pass and so that one, so you know, whatever.

“We wanted that one, put it that way … we’d already be done eating pizza right now.” 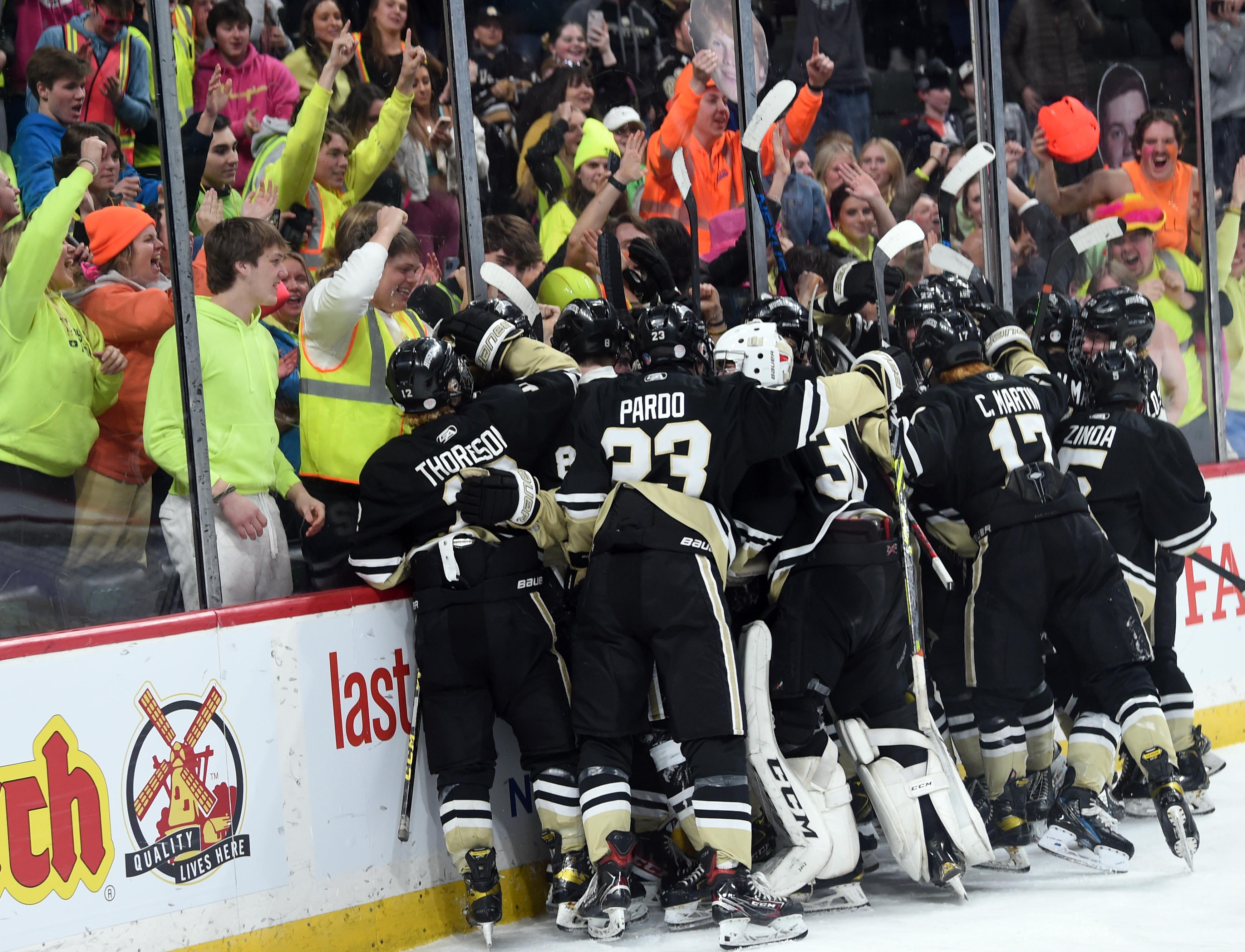 Andover celebrates its 2-1 overtime victory over Moorhead Thursday in a state Class 2A quarterfinal at the Xcel Energy Center in St. Paul. Photo by Helen Nelson, Legacy Hockey