End of shutout streak no big deal for Mahtomedi 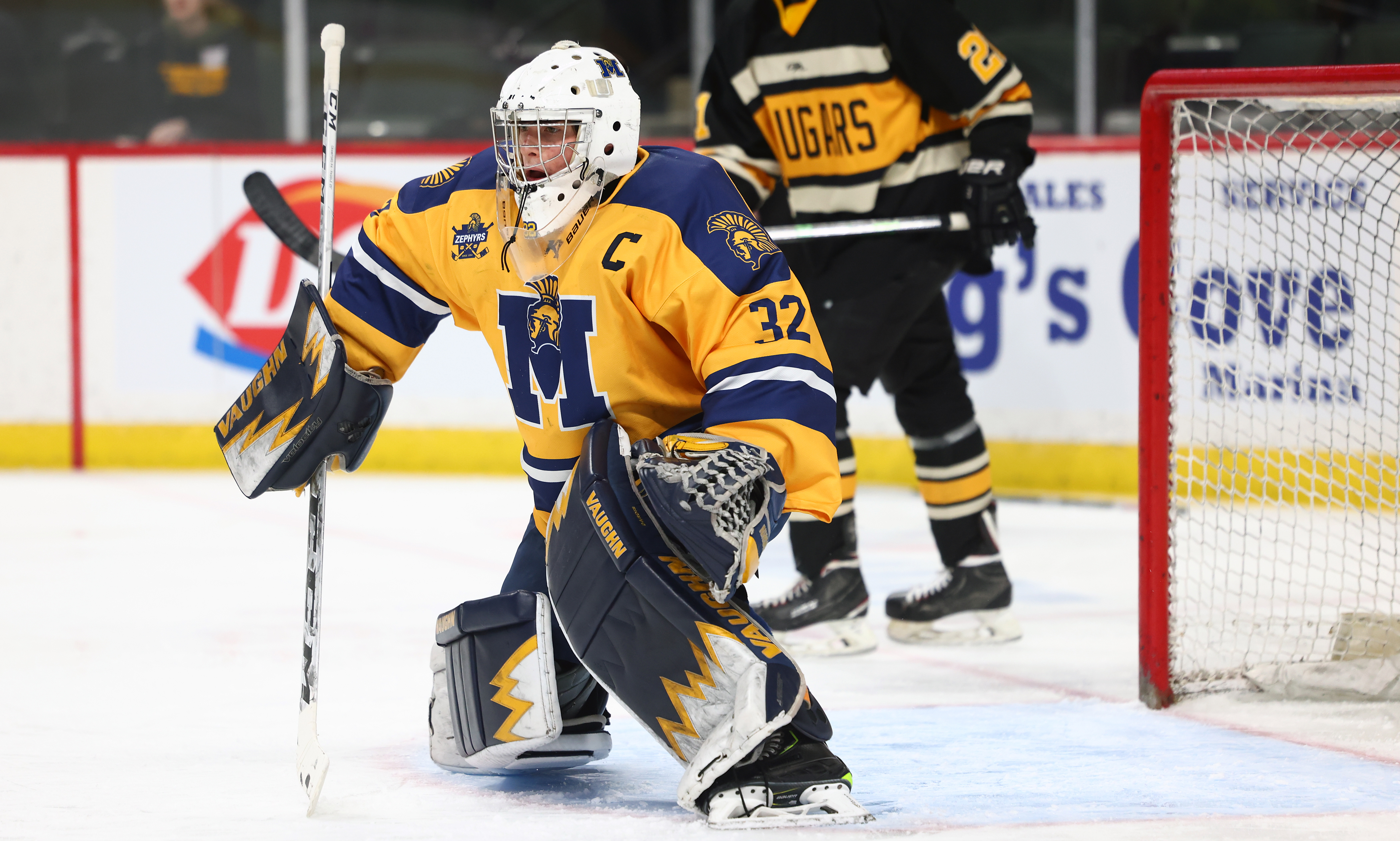 Allowing a goal is never a good thing in hockey. But sometimes it’s not too terribly bad, either.

Wednesday afternoon at the Xcel Energy Center in St. Paul was one of those no-big-deal times.

Mahtomedi senior Ben Dardis showed he is actually human and not some alien beamed down from the planet Goalietron when he allowed a goal, gasp!, for the first time in five starts in the No. 3 seed Zephyrs’ 4-1 victory over unseeded Mankato East in a state Class 1A quarterfinal.

“I knew eventually it was going to happen,” said Dardis, who last allowed a puck to get past him in the third period of a 3-2 loss at Delano Feb. 15. “It’s just like, ‘Well the puck is going to find its way in, whether it’s a lucky bounce or a screen or just a nice shot by the other team.

“So I mean, it's all right, we still won and that’s what really matters in the end.”

Dardis was the starting goaltender in consecutive shutout victories over Woodbury, St. Paul Johnson, Two Rivers and Chisago Lakes — the last two games coming in the Section 4A playoffs. However, he was pulled in the third period of the wins over Woodbury and Johnson, and thus not officially credited with shutouts, leaving him at 20 — believed to be a state record — for his career (two players are currently listed on the MSHSL website as sharing the career shutout record with 17 each).

“I think it's actually kind of good,” Mahtomedi forward Charlie Drage said. “It's like bittersweet, you know. That goes in and it relieves a lot of stress on him and off of us.”

While Dardis’ steady play in goal — he stopped 21 of 22 shots — was as crucial as always, he also contributed to the victory in less obvious ways. The Zephyrs (17-11-1) return just three players, including Dardis, from their 2020 state championship team. They did not reach the tourney last season.

Mahtomedi coach Jeff Poeschl was concerned so much inexperience on the big stage could tilt the Zephyrs off their game against the Cougars (17-11-1), who also last reached the state tournament in 2020.

That’s where it helps to have a savvy, battle-tested veteran such as Dardis, a starter since he was a freshman, come to the rescue with his calming presence not only on the ice but also in the locker room.

“He means everything to us,” Drage said about Dardis, one of three finalists for the Frank Brimsek award that goes to state’s top senior goaltender. “He's like the backbone of our team, like we feed off of him and his energy because he's gonna make the save and then we're going to build off of that.

“And that's huge for our team.”

Players and coaches talk about generating offense from their defense. But usually not from their goaltending. That’s just how extraordinary Dardis, who made 40 saves against Hermantown in the 2020 title game, is.

“Yeah, I mean, it didn't matter that it was me, it could have been anybody,” said Prochaska, who also used described Dardis, the state’s save percentage leader, as the backbone of the Zephyrs. “Just try to get one on him. I mean, we all know the fame of their goalie, what a great goalie he is.” 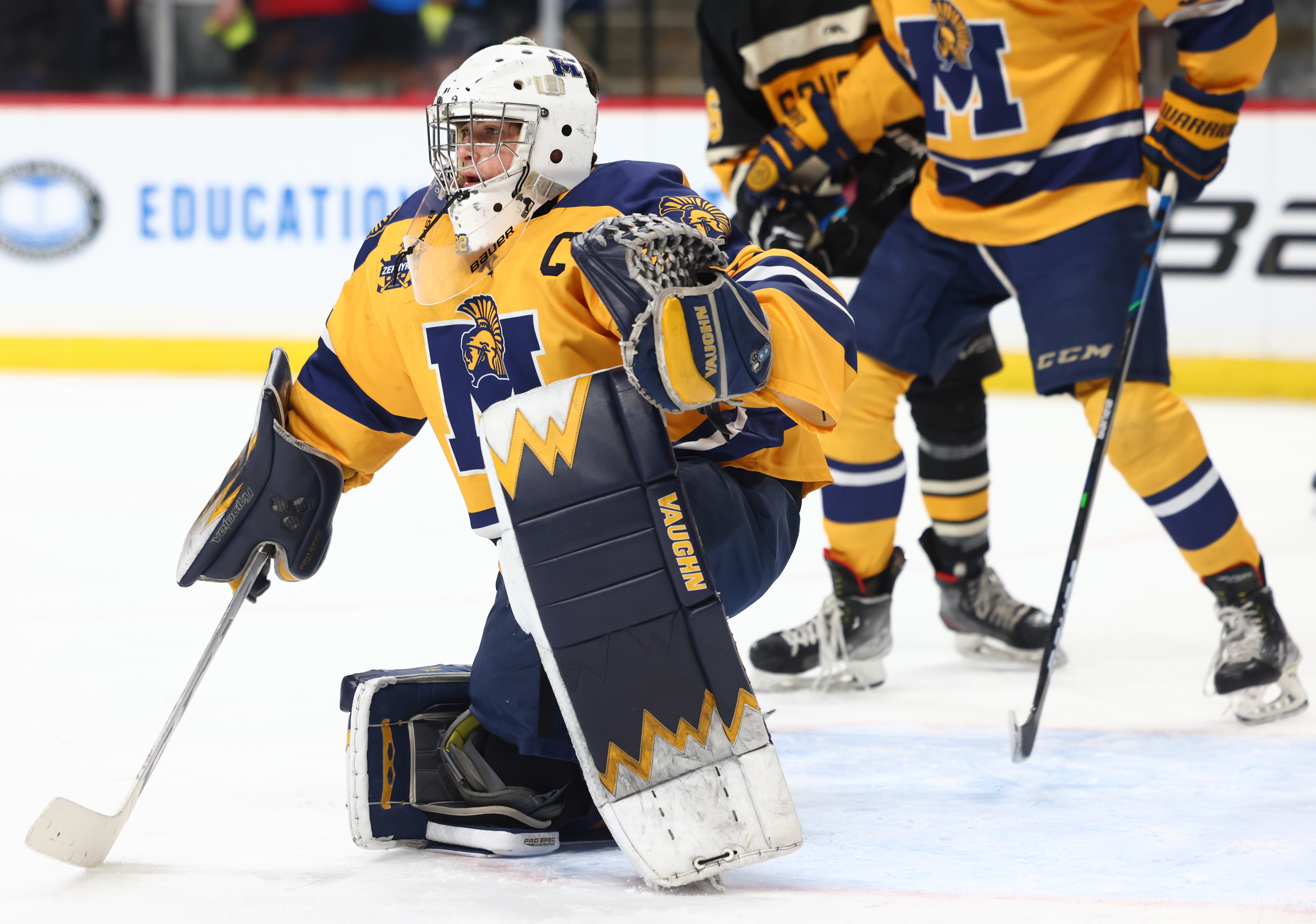 Mahtomedi goaltender Ben Dardis allowed a goal for the first time in five starts, but the No. 3 seed Zephyrs still cruised past unseeded Mankato East, beating the Cougars 4-1 Wednesday in a state Class 1A quarterfinal at the Xcel Energy Center in St. Paul.

Dardis, who was spectacular in leading the Zephyrs (17-11-1) to the 2020 Class 1A title, stopped 21 of 22 Mankato East shots and Mahtomedi got goals from Carter Haycraft, Nick Beiersdorf, Cav Bruner and Charlie Drage.

Aiden Prochaska scored for Mankato East (17-11-1) 7:18 into the third period, the first puck to get past Dardis since the middle of the third period of a 3-2 loss at Delano Feb. 15.

Prochaska’s power-play goal pulled the Cougars to within 3-1 midway through the third, but Drage restored Mahtomedi’s three-goal lead 5 minutes later.

Mankato East goaltender Caelin Brueske finished with 27 saves, including 14 in the second period when the Zephyrs’ scored three of their goals.

The loss was the fourth in as many appearances for the Cougars. 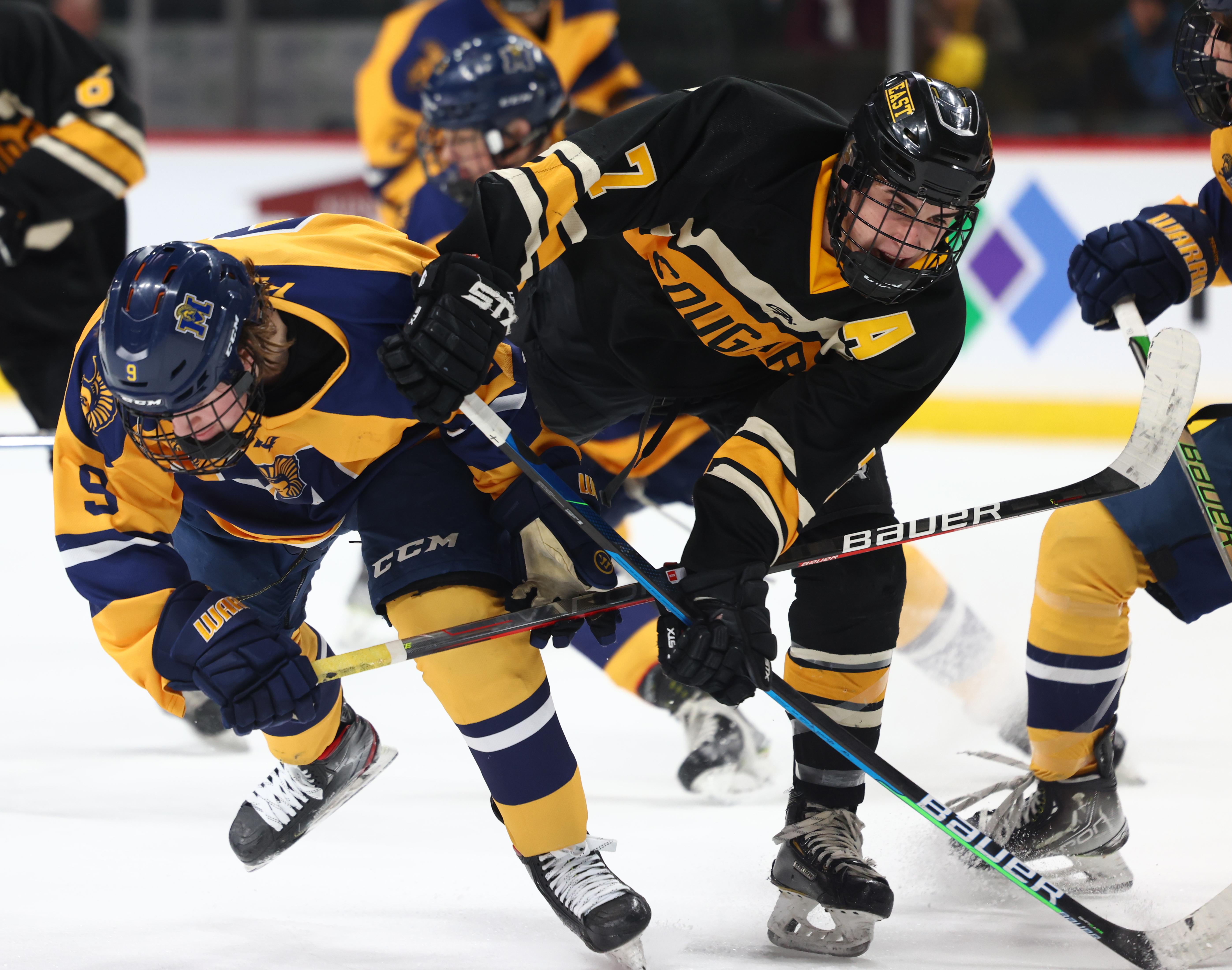