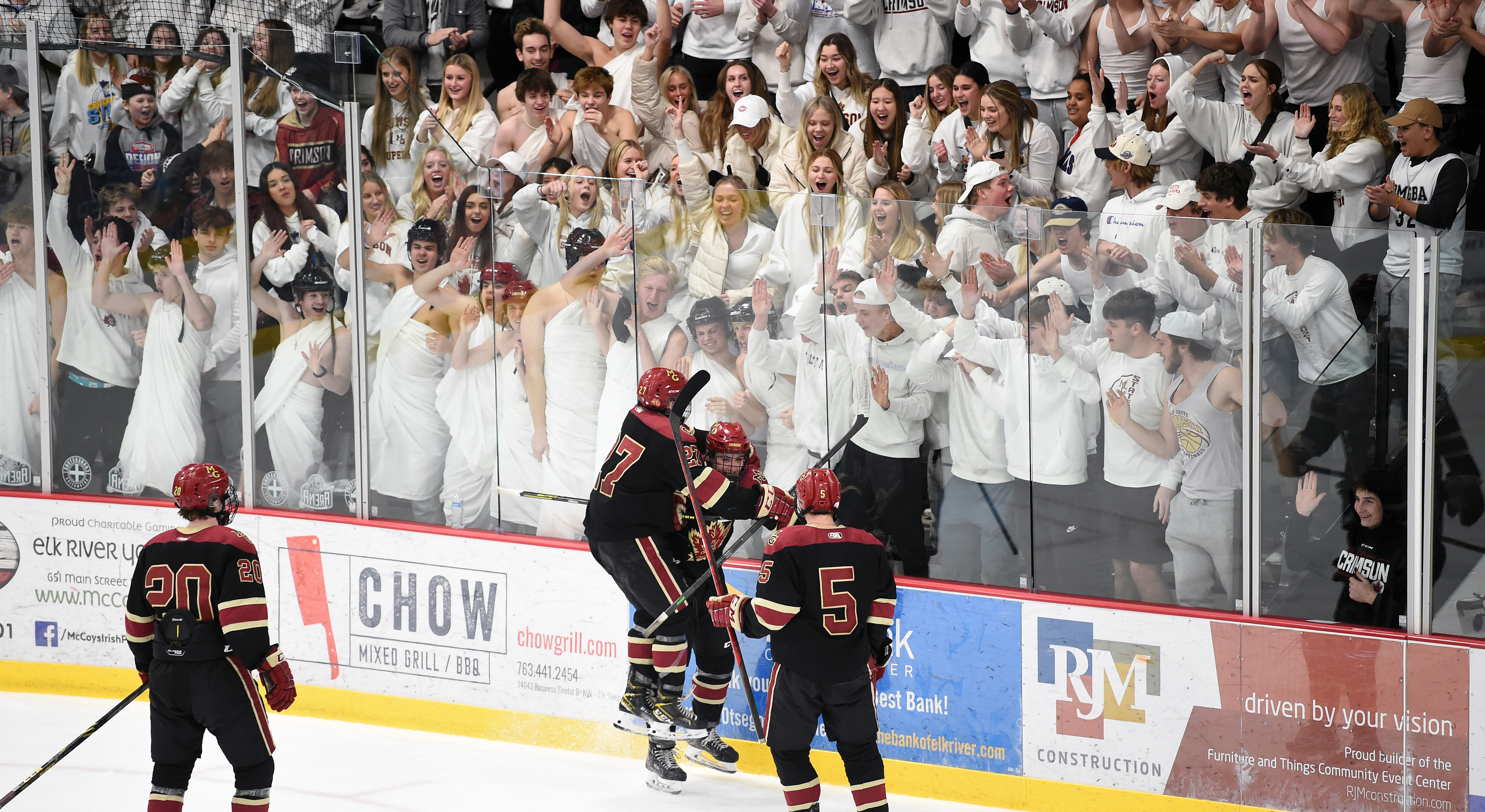 Landen Gunderson had a goal and an assist and Toby Hopp made 31 saves as Maple Grove held off Rogers 4-2 Thursday in the Section 5AA championship game in front of a capacity crowd estimated at 2,200 at the Furniture and Things Community Event Center in Elk River.

Gunderson’s second-period goal came 40 seconds after Rogers star forward Sam Ranallo had scored to pull the No. 1-seeded Royals to within 2-1 with 2:24 left in the second period. Gunderson leads the Crimson with 72 points.

No. 2 seed Maple Grove had an answer for Rogers’ quick-strike offense again in the third period after Hogan Sinjem scored to pull the No. 10-2A Royals (19-8-1) to within 3-2.

This time the immediate response came from senior forward Bennett Glad. He scored 1:47 after Sinjem to regain the two-goal advantage for the No. 3-2A Crimson (21-6-1). The goal was Glad’s fifth of the season.

Hopp was called upon to make several quality saves in the second period as Rogers outshot Maple Gove 17-8. He was tested again late in the third after the Royals pulled goaltender Cade Chapman in favor of an extra skater. Chapman finished with 27 saves.

Rogers was playing in a section final for the third time, but it was the Royals’ first appearance in a Class 2A section title game. They moved up from 1A to 2A starting in the 2013-14 season.

Maple Grove, which lost to Rogers 5-4 Jan. 15 after leading 4-2, will be making its third-straight state tournament appearance next week when the Class 2A quarterfinals begin Thursday at the Xcel Energy Center in St. Paul. 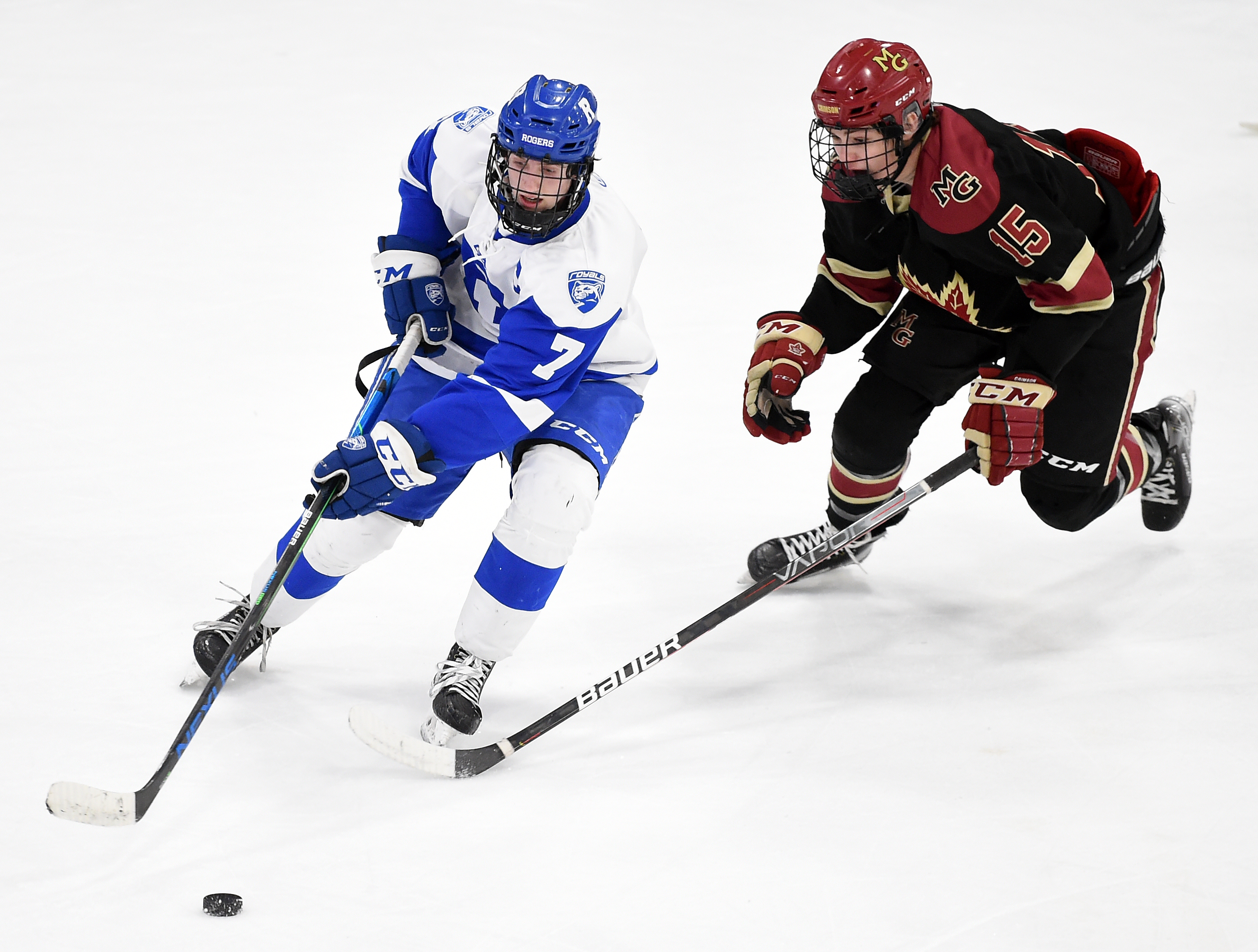