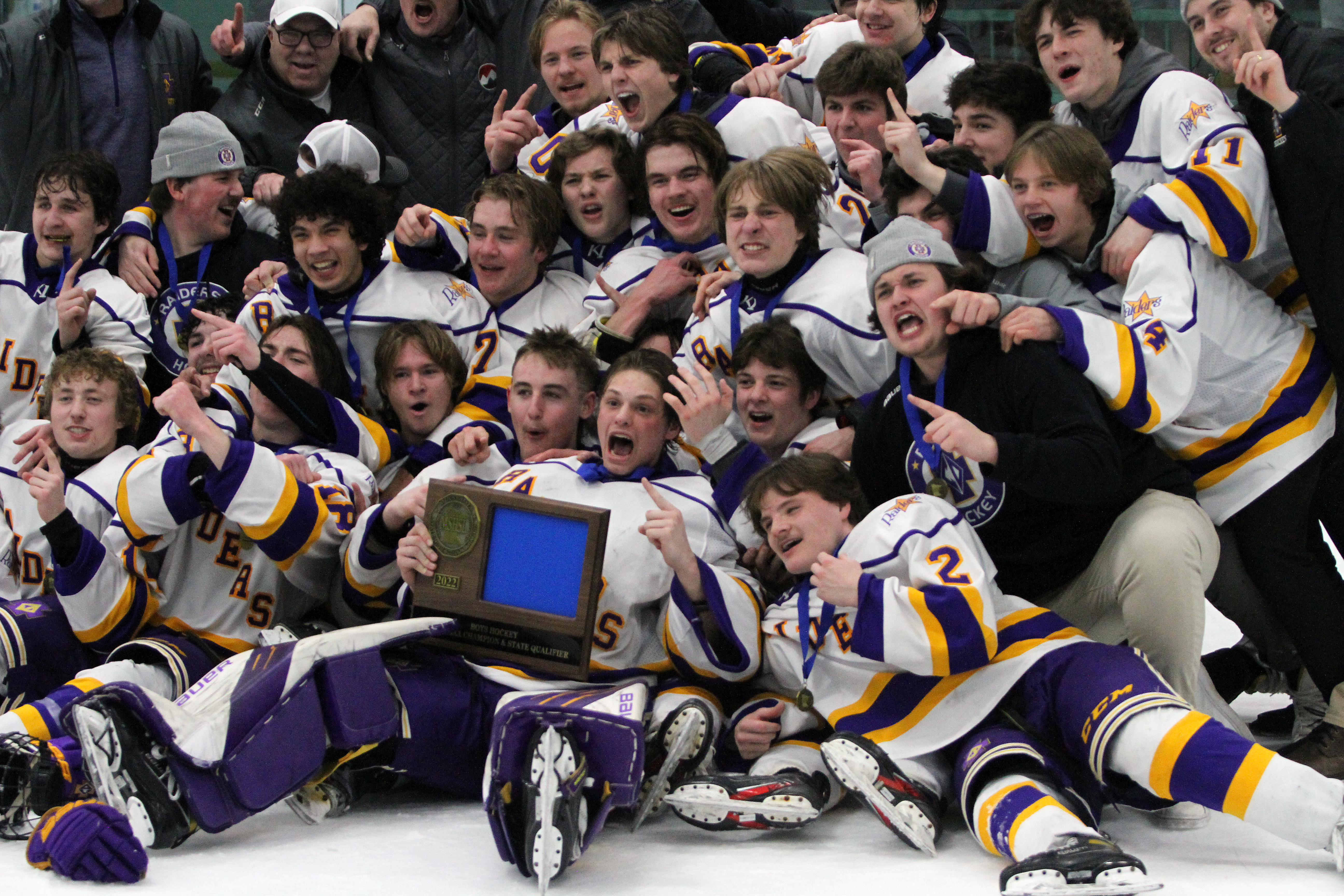 Cretin-Derham Hall strikes a pose after winning the Section 2AA championship on Thursday, earning the Raiders a trip to the state Class 2A tournament for the first time since 2009. Photo by Drew Herron

After a hiatus of a dozen years, Cretin-Derham Hall is headed back to the Xcel Energy Center.

Mr. Hockey finalist Drew Fisher scored twice, and Marko Belak, a Brimsek Award finalist, registered a shutout as the No. 1-seeded and No. 1-state ranked Raiders rolled through their Section 3AA final, beating No. 3 seed Eastview 3-0 Thursday at Braemar Arena in Edina.

Cretin-Derham Hall used big strikes to create scoring chances against a tightly wound defensive team that took away space and clogged the middle of the ice. Eastview (17-11-0) left the Raiders frustrated through the opening period and trailed just 1-0 heading into the third.

As the game wore on, and with the lead, the state’s No. 1 team for most of the second half of the season began to play like it.

Fisher hammered eight shots and scored the Raiders’ first goal early in the second period. He also scored the last, an empty-netter for his 28th goal and 59th point.

“I knew I had to step up and be a leader,” Fisher said. “Being a senior and especially wearing the ‘C’ on my jersey. I knew I had the boys looking up to me and the other captains. But it’s not just about me; everyone came together. Everyone played great tonight.”

Belak stopped 32 shots to earn his second shutout of the year. He lowered his goals-against-average to 1.64 while raising his save percentage to .936 for the season. He's one of three finalists for the Brimsek, an award that goes to the state's top senior goaltender.

Belak and Fisher are part of a senior group of core players, all of whom are beaming with pride to take part in Cretin-Derham Hall’s return to state. The Raiders (24-3-0) have made three previous trips (1988, 2006 and 2009), winning their lone state title in 2006.

“It feels great, we’ve been chasing this for three years now,” Belak said “To finally get there is an amazing feeling.”

Fisher emphasizes that this is one step of a bigger goal set within the group long ago.

“This group, we knew when we were freshmen that we were going to turn things around,” Fisher said. “We've proved it this year with (reaching) the state tournament, but we’re not done yet.” 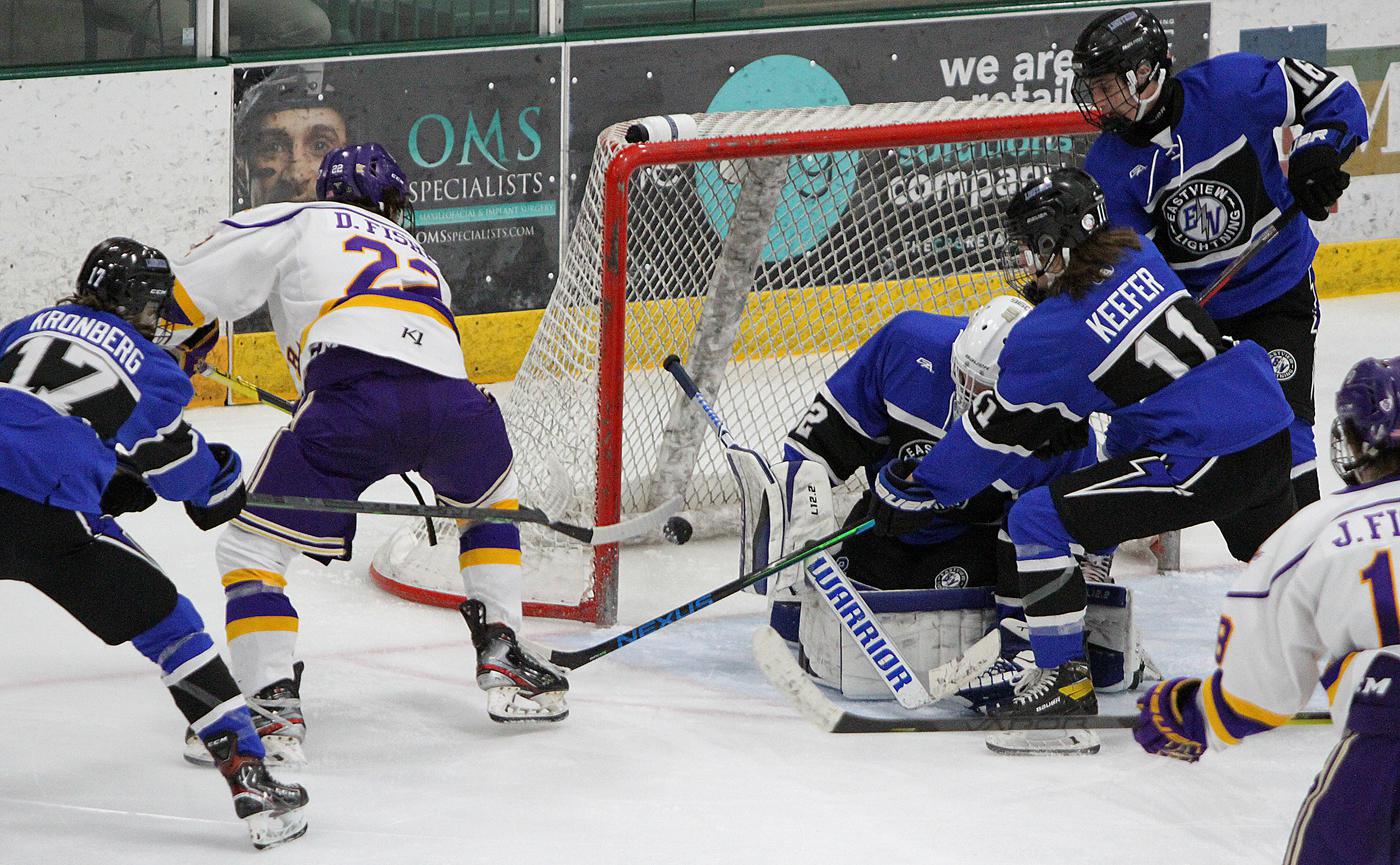 Cretin-Derham Hall's Drew Fisher scores in the second period to give the Raiders a 1-0 lead over Eastview in the Section 3AA championship game Thursday night at Braemar Arena. Photo by Drew Herron