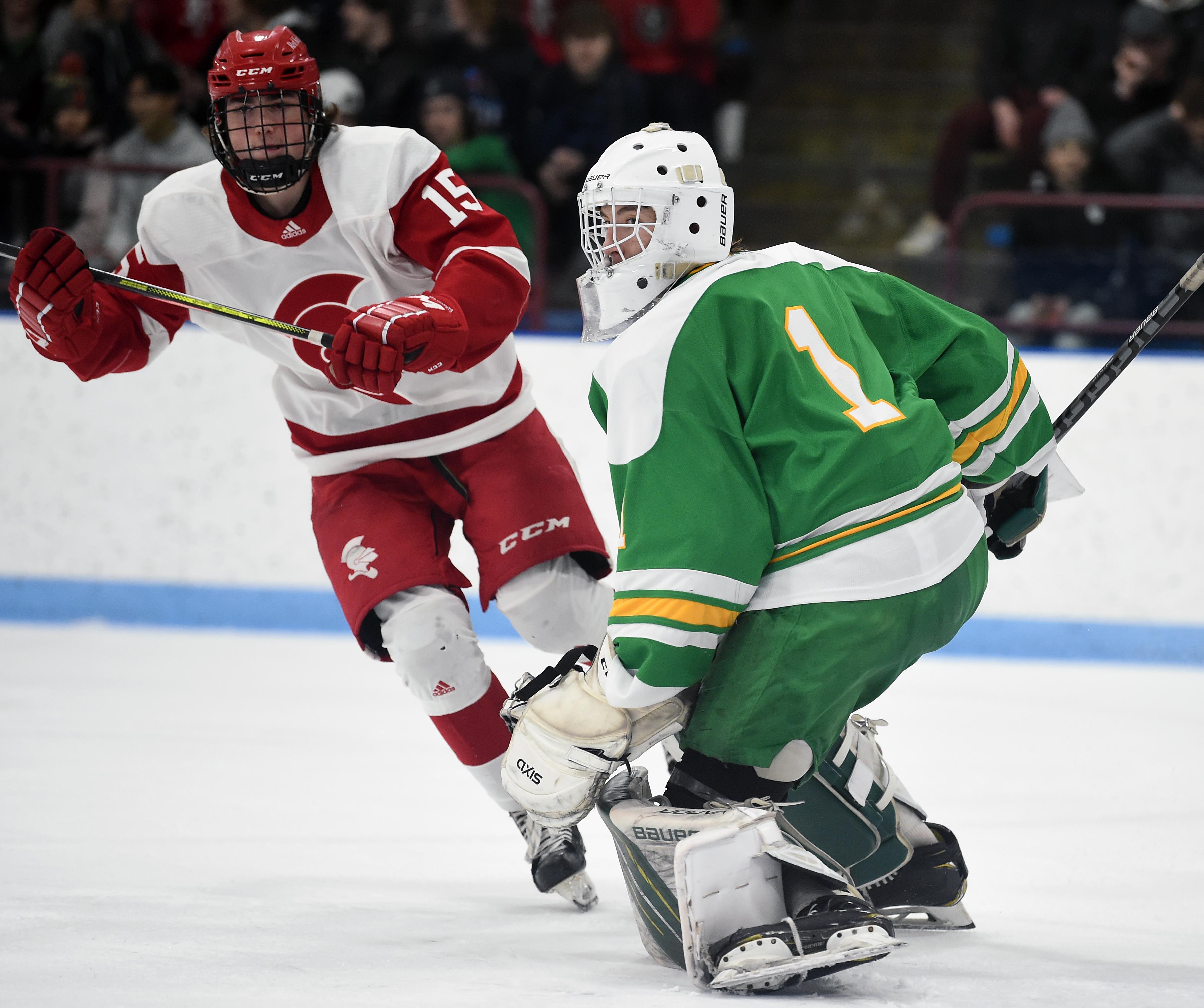 Junior defenseman Caden Morgan scored a goal and added an assist and junior goaltender Robbie Clarkowski made 26 saves as No. 2 seed Edina beat No. 1 seed Benilde-St. Margaret’s 4-0 on Wednesday in a Section 6AA semifinal at a filled-to-capacity Bloomington Ice Garden.

Morgan’s goal came with 6:34 left in the first period on a shot through heavy traffic in front of Benilde-St. Margaret’s goaltender Mason McElroy. It was all the scoring the No. 9-2A Hornets (20-8-0) would need as they registered their fourth consecutive shutout, including three straight in the section playoffs.

Edina advances to the state Class 2A tournament after a two-year hiatus. The Hornets won their state-record 13th championship in 2019.

Senior defenseman Wyatt Wurst completed the scoring with an empty-net goal with 3:14 remaining.

The Red Knights (22-6-0), who defeated Edina 5-2 on Jan. 8, were making their fourth straight appearance in the section championship. 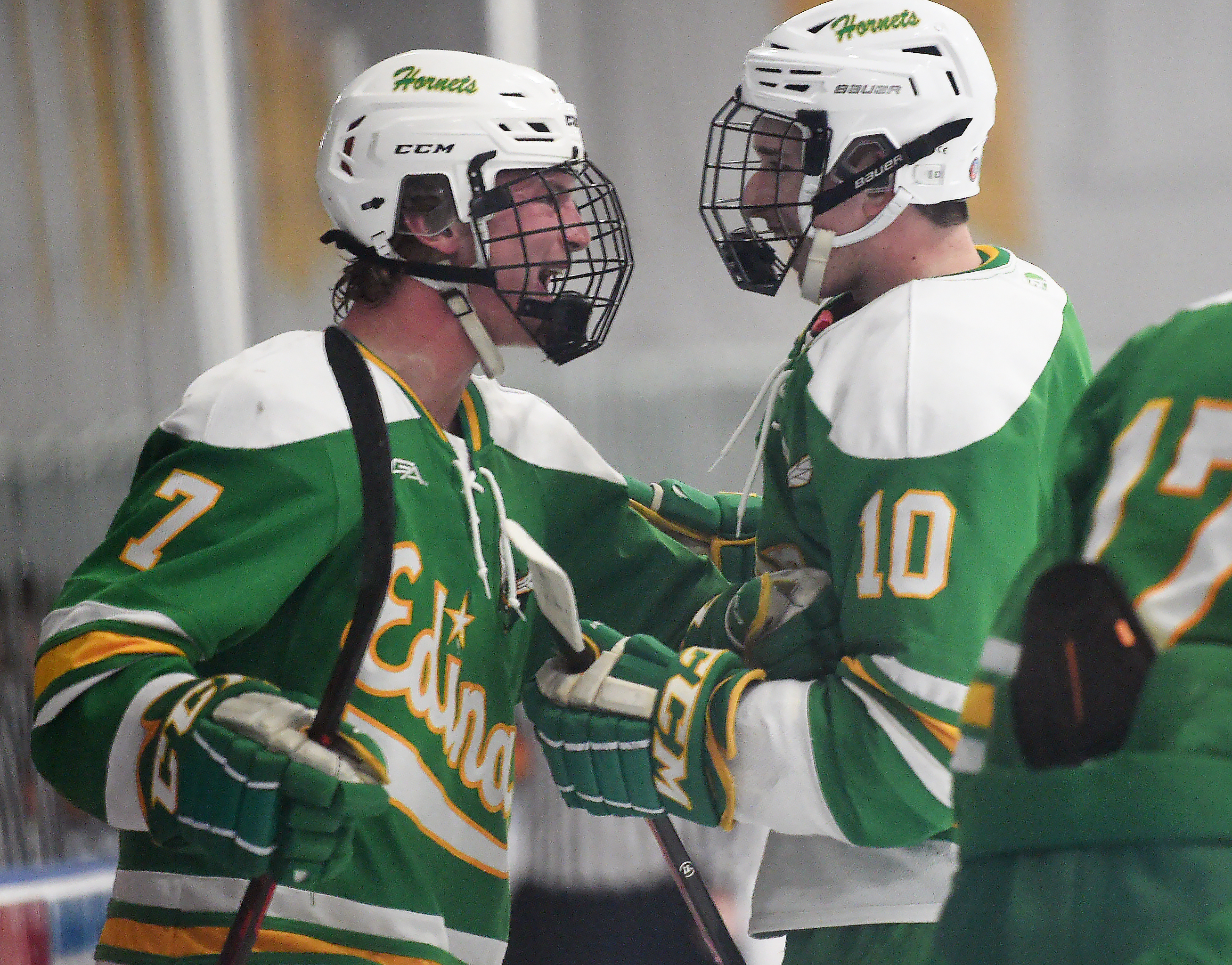