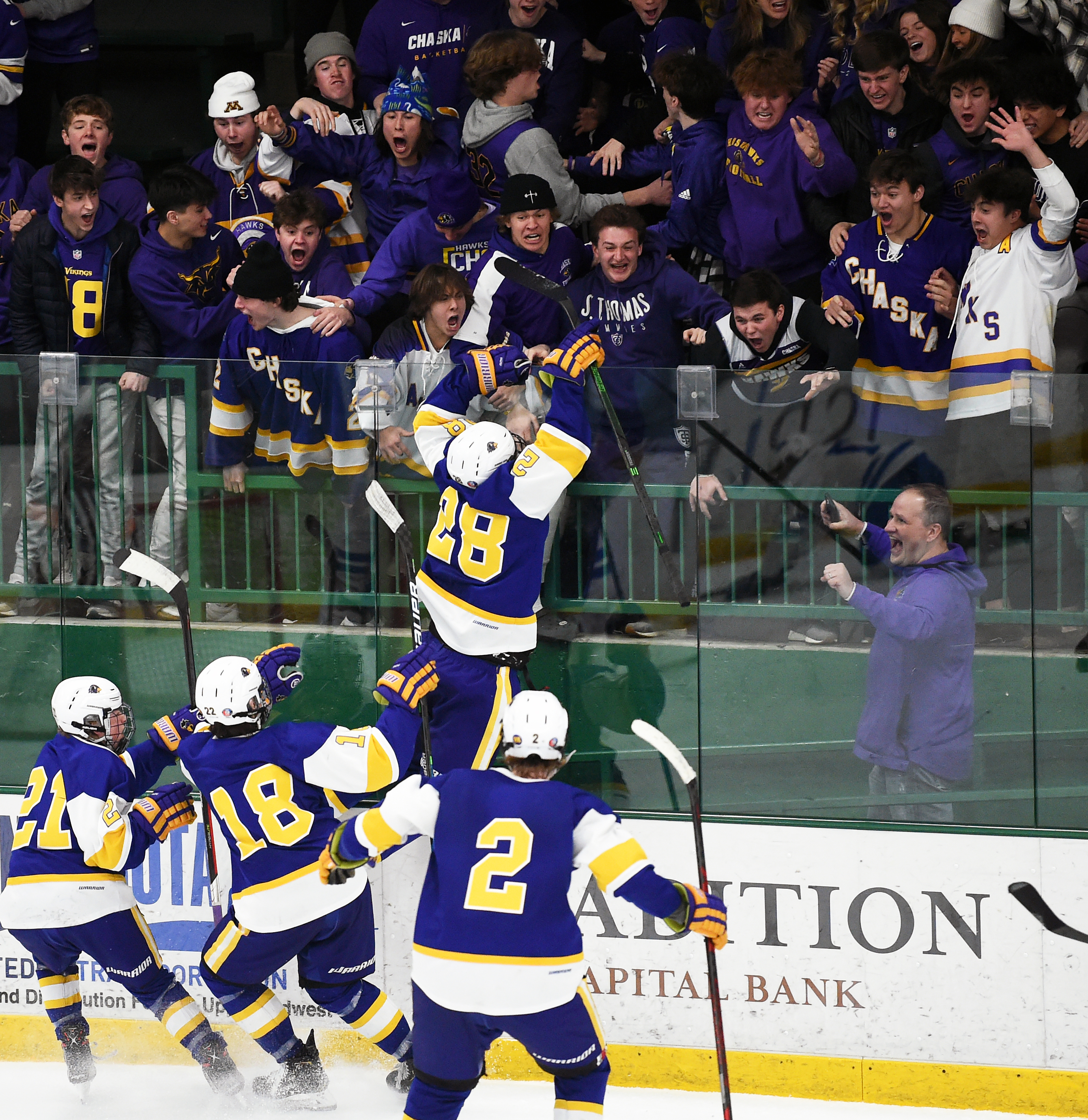 Chaska's Tanner Bruender scales the glass at Braemar Arena after scoring in overtime to lift the Hawks past Minnetonka 3-2 in a Section 2AA semifinal. Photo by Loren Nelson, LegacyHockeyPhotography.com

Bruender’s blast in warmups shattered the glass behind the Hawks’ goal, causing a half-hour delay while a new pane was installed and the ice was cleaned.

And that was just the appetizer for Bruender’s day of destruction. After scoring in overtime in Chaska’s 3-2 Section 2AA semifinal victory over Minnetonka, he made a bee-line for the seemingly fragile glass again, this time scaling to the top of it as he traded screams of joy with the Hawks’ massive student section just on the other side.

It was that same wildly exuberant, purple-clad group, along with another thousand or so Chaska backers, who blew the roof off the place, figuratively, when Bruender’s laser beam of a wrist shot beat Minnetonka goaltender Kaiser Nelson 2:07 into the extra period.

“You want to score game-winners, you gotta break the Plexiglas, right?” first-year Chaska coach Matt Cooke said with a grin. “Give these guys something to shoot for on Wednesday night.”

The Hawks, in the section final for the second time in three years, play Prior Lake on Wednesday at Braemar Arena. Neither team has ever reached the state tournament.

Bruender, a sophomore forward, wasn’t thrilled about his involvement in the pregame drama he worried might have hindered the Hawks’ chances for victory.

“Well, I was kind of upset because last year here in the state tournament for Bantams we had the Zamboni break down,” he said. “That didn't go too well for us, because we ended up coming out flat that period and losing the (semifinal) game.

“So I was kind of hoping that wouldn't happen this time.”

Bruender’s goal was his 16th of the season, second most on the team.

“His skating is elite, right?” Cooke said. “It's just flat out elite. And sometimes, like a lot of these guys, he tries to be too fancy. Offensively he can beat guys wide, he doesn't have to stickhandle in the middle of the ice.”

Cooke said the best plan of attack, especially in overtime, is to shoot. Shoot early, shoot often, shoot from any angle, any distance, any time and any place.

That’s all Bruender had in his mind as he cruised into the Minnetonka zone and unloaded from just inside the blue line.

“I was walking out of the locker room and everyone's telling me, “You got a great shot, you need to shoot it more,” Bruender said. “So I was like, ‘I'm gonna rip this.’  "

There’s no word on whether Bruender will be allowed back into Braemar on Wednesday, but a disguise might be advisable.

Sideburns an a handlebar mustache should suffice. 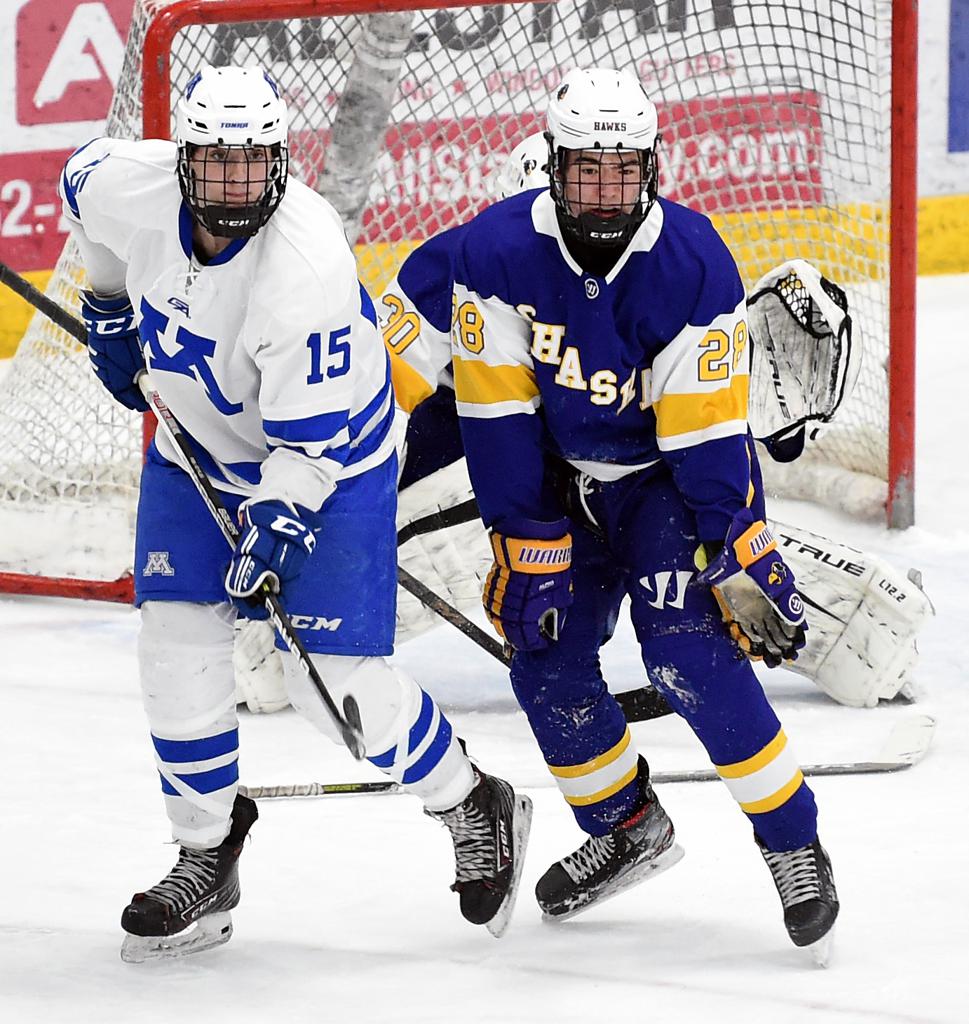