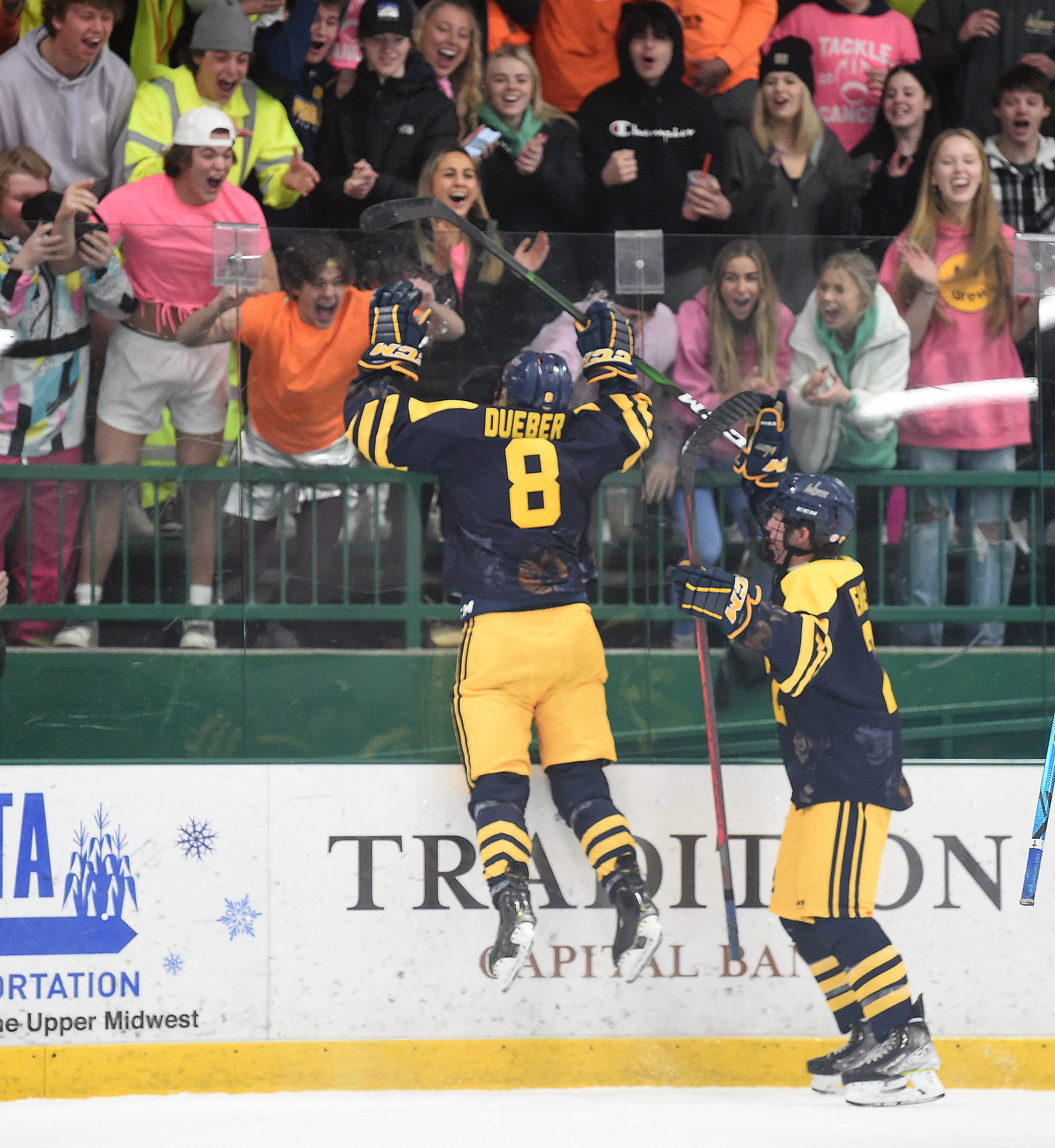 Riley Dueber gets acquainted with the Prior Lake student section after scoring one of his two second-period goals in the Lakers' 4-2 Section 2AA semifinal victory over Eden Prairie at Braemar Arena in Edina. Photo by Loren Nelson, LegacyHockeyPhotography.

The holidays were not a happy time for Prior Lake.

Priorities were screwed up. Chemistry was off. The Lakers were floundering in a sea of losses.

“People just wanted to do it by themselves,” senior forward Alex Bump said after Prior Lake beat Eden Prairie 4-2 in Saturday's Section 2AA semifinal at Braemar Arena in Edina. “I mean, we had three guys that played high level hockey before the season. And I think we all kind of were just like, ‘Oh, we're too good for this.’ ”

It’s worth noting Bump was one of those late arrivals to the team after playing junior hockey in the fall. And he was, figuratively, pointing a finger at himself for not nurturing a team atmosphere.

Bump said the Lakers found inspiration in the 4-3 overtime loss to Lakeville South Jan. 18. The Cougars, state Class 2A runner-up last spring and ranked in the top 10 most all of this season, is as good a measuring stick as there is.

“We were just like, we have the team to beat anyone in the state,” Bump said. “So we're going to do it. We're going to get it done.”

One of 10 finalists for the Mr. Hockey award, Bump had two assists in the victory over longtime playoff nemesis Eden Prairie, last season's state Class 2A champion.

The section final appearance is Prior Lake’s first since 2016 and third in program history (the other coming in 2003).

“We've had a lot of good teams,” Prior Lake coach Joe Pankratz said. “We've just run into teams for the most part that have been better than us last the last 10 or 11 years so.

“Like I said to our guys, there have been way too many feelings for us in this rink that (Eden Prairie) has right now. They are flipped today.” 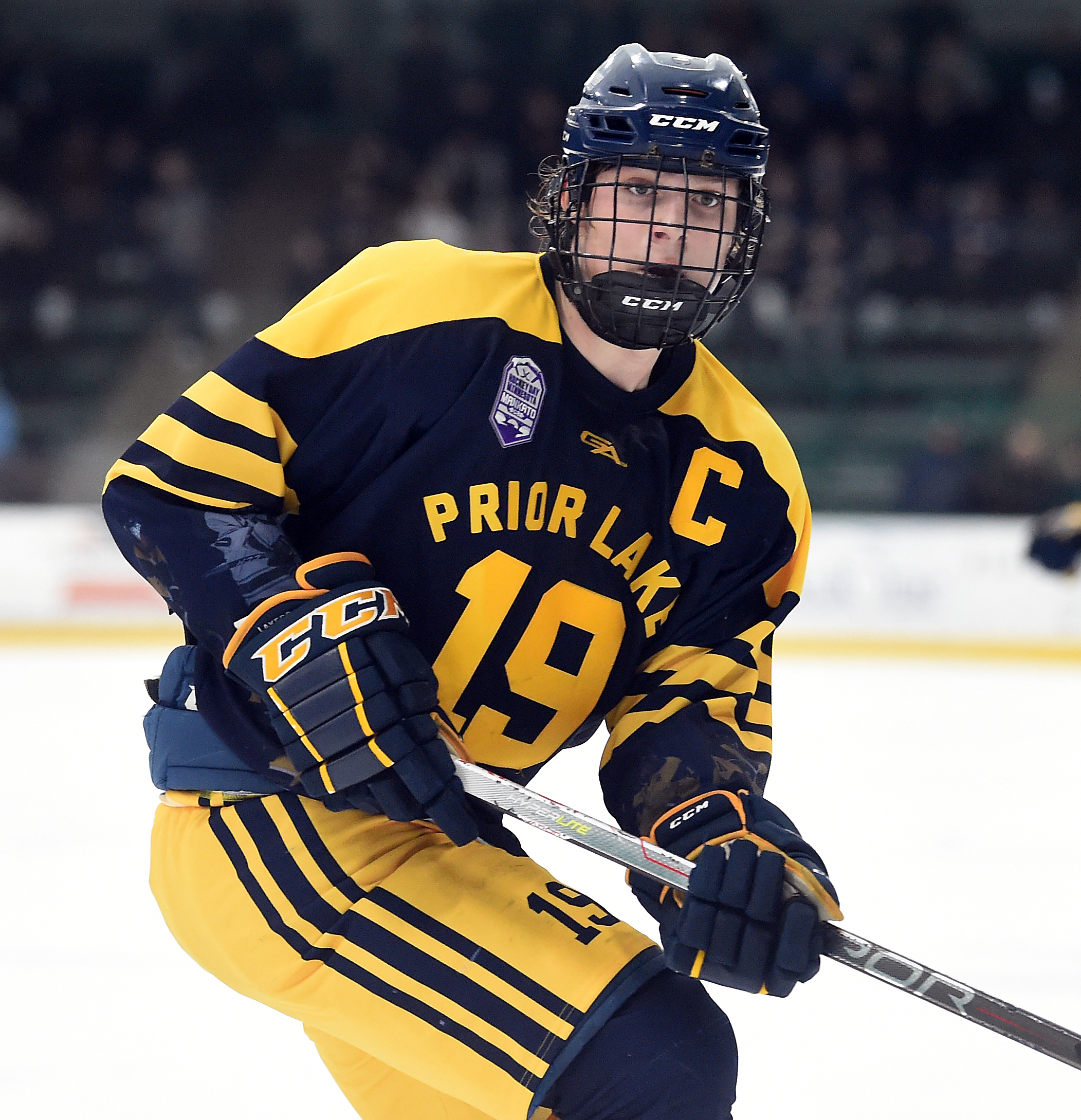 Prior Lake's Alex Bump, one of 10 Mr. Hockey finalists, had two assists Saturday in the Lakers' 4-2 victory over Eden Prairie. Photo by Loren Nelson, LegacyHockeyPhotography.com