Hill-Murray's 'replacement players' are almost always equal to the originals 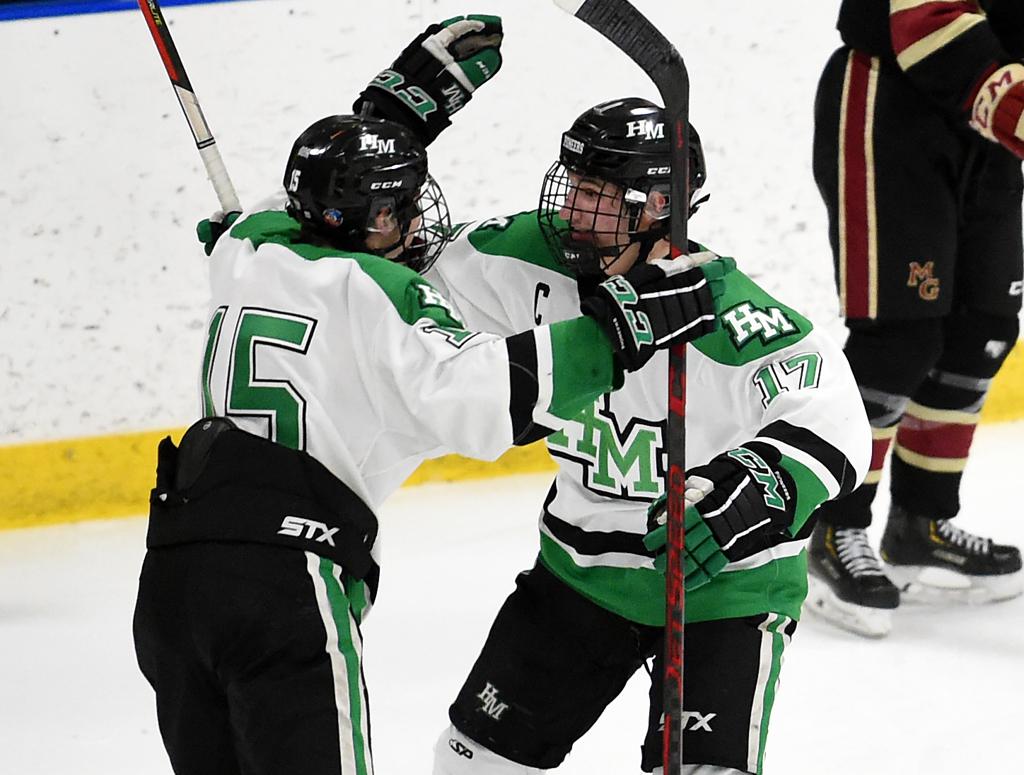 Dylan Godbout celebrates after scoring one of his two goals in a 3-0 win against Maple Grove on Wednesday at Aldrich Arena. Photo by Loren Nelson, LegacyHockeyPhotography.com

While not the official motto for Hill-Murray, those three words rings true for a Pioneers program that year after year finds itself at or near the top of the state’s Class 2A heap.

When Hill-Murray loses an extraordinary leader, as it did two seasons ago in Charlie Strobel, the Pioneers merely trot out in another exceptional captain, as they have this season in senior Dylan Godbout.

When Hill-Murray loses its starting goaltender midway through its campaign, as happened a month ago when Nick Erickson left the school, they need only say “go get ’em kid” to a more-than-capable starter in waiting (see Erickson, Jack).

Two standout defensemen graduate? Three more are ready to jump in their still-warm skates, including a superb freshman by the name of Logan Hensler.

And so it goes for the Pioneers, the four-time state champions (most recently in 2020) who didn’t invent the term “plug and play” but seem to have mastered the concept.

Jack Erickson (no relation to Nick) made 24 saves Wednesday night in a 3-0 win over Maple Grove at Aldrich Arena, his fourth shutout in 14 games. Erickson, a junior, lowered his goals-against average to 1.37, the best in the state. His .927 save percentage ranks sixth.

“He's unbelievable,” Godbout said about Erickson. “He comes to practice every day to get better. He tries to save every puck no matter if it's a three-on-o or a breakaway. He's gonna save that puck probably nine out of 10 times.

“I think he's gonna help our team go a long way this year.”

Godbout, who had two goals an an assist against the Crimson (18-6-1) and leads the Pioneers (19-4-1) in scoring, will be another driving force in the playoffs. He’s a leading Mr. Hockey candidate who has a low tolerance for anything that doesn’t push Hill-Murray toward its goal — an annual one — of winning a state championship.

“He’s super competitive, which I love,” Erickson said. “He just makes everyone better.”

“Dylan is so hard on himself, and you worry about that because it gets hard to, you know, relax a little bit,” Hill-Murray coach Bill Lechner said. “But it's also good because he doesn't let himself off the hook. So the other players see that, and they think, ‘Well, I better go hard too because he's going to work his rear end off all the time.’ ”

Godbout, who has 22 goals and 19 assists, was a major concern for Maple Grove coach Todd Bergland entering Wednesday’s showdown betwen the No. 2 (Hill-Murray) and No. 3 (Maple Grove) teams in Legacy Hockey’s Class 2A Power Rankings.

“On his first goal he’s sitting over on the dot and he's wide open, and you don't leave a sniper like that wide open,” Bergland said. “He's gonna make you pay.”

Godbout’s clutch scoring amounted to merely half his contributions in the victory over the Crimson. Just as importantly, he and linemates Brady Ingebritson and Nate Hardy played shutdown defense on Maple Grove’s top line of Landen Gunderson, Finn Brink and Josh Giuliani (combined 61 goals) as the Crimson were shut out for the first time since the 2019-20 season.

Godbout was impressed with all of the Pioneers forwards’ commitment to defense, as they broke up potential scoring chances on several occasions with their hustle returning to the defensive zone.

“I thought our backchecking was excellent,” Godbout said. “I was very proud of our team. And we're hoping to keep doing it, keep going.”

Hill-Murray closes the regular season Saturday with a trip north to face No. 8-2A Moorhead (18-5-1). The Spuds are riding a 15-game unbeaten streak, their last loss having come Dec. 18. 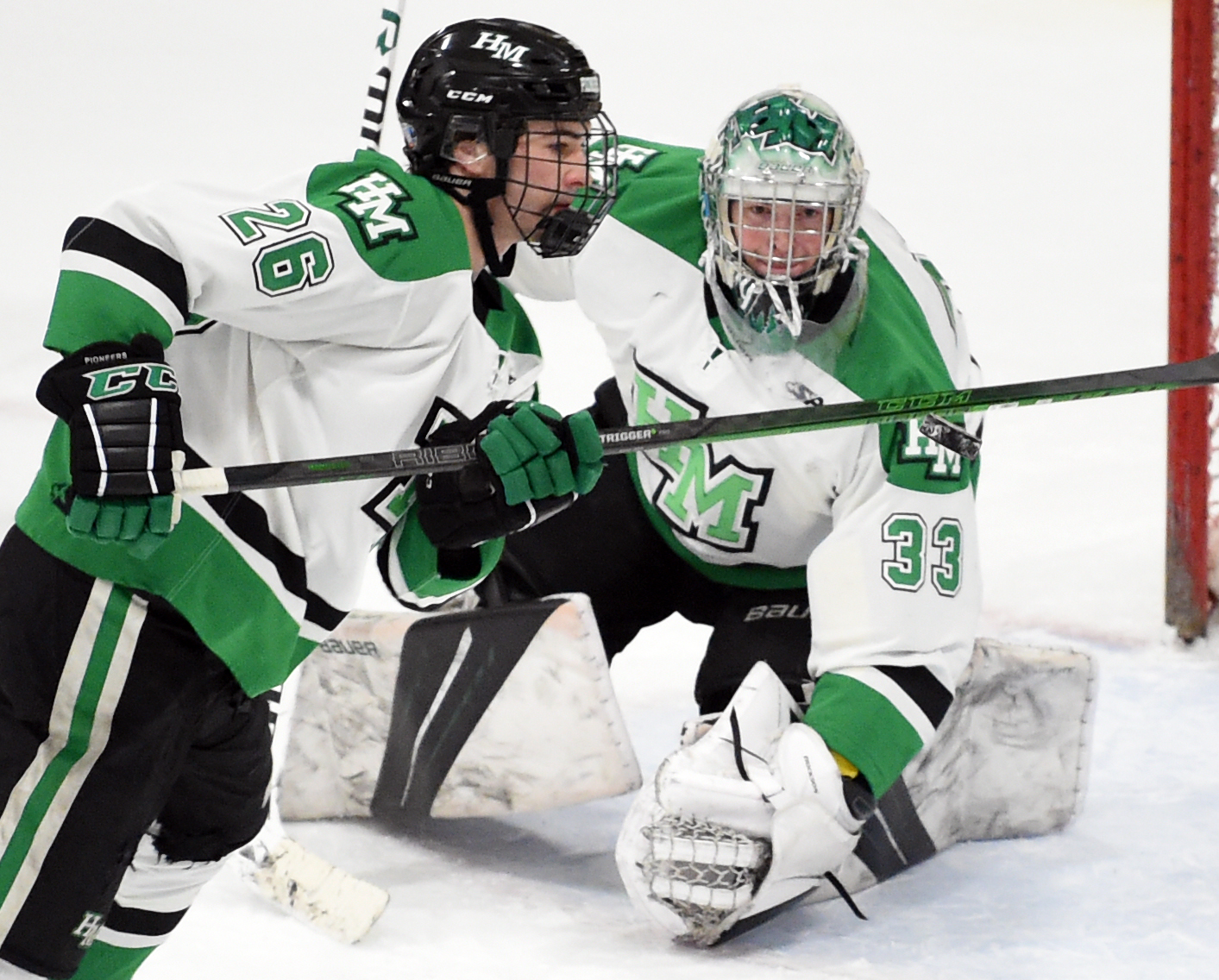