Minneapolis savoring every second of what has been a breakthrough season 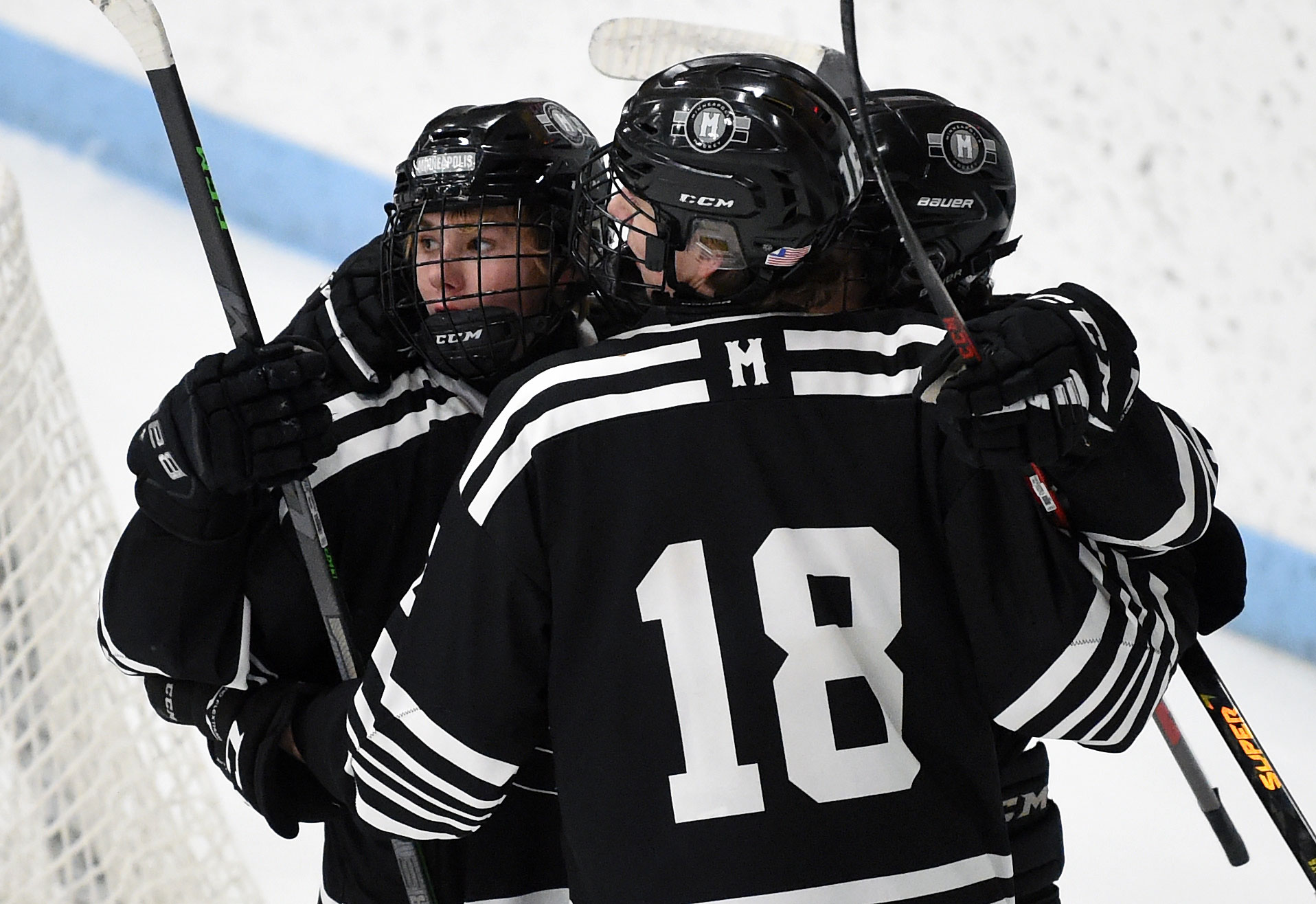 John Bebler, left, joins a group hug with Joel Hanson (18) and other teammates after Bebler scored a second-period goal on Monday against Totino-Grace. Photo by Loren Nelson, LegacyHockeyPhotography.com

There are kids who play hockey. And there are hockey players.

The very best programs have a lot of hockey players, a waiting list of them banging on the locker room door. And by hockey players we mean kids who eat-sleep-breathe the sport. Kids who show up to practice early, stay late and then, when they are finally booted out of the rink, go find some outdoor ice and lace ’em up again.

Minneapolis hasn’t had an abundance of those kids over the years. For decades most of the fire-breathing, ultra-skilled, ultra-competitive players who starred in youth hockey in the city never made it to the high school program. They ended up nearby private schools such as Breck, Blake, Benilde-St. Margaret’s, Holy Angels and on and on.

“There’s like six of them, right?” 10th-year Minneapolis coach Joe Dziedzic said about private school destinations on Monday after his team, coincidentally, beat private-school Totino-Grace 4-1 at the Brooklyn Park Community Center. “It’s like, ‘Guys, why are you all picking on me?’ ”

This season has been altogether different. Somehow, Dziedzic, who starred at Minneapolis Edison and won the Mr. Hockey award as the state’s best senior skater in 1990, has managed to weld the private school pipeline shut. Star players such as Jack and Joel Hanson, each of whom were selected to play in the Upper Midwest High School Elite League this fall, have bolstered the program with their skill and dedication. Others, such as crafty forward Zander Zoia and rock-steady defenseman Drew Pitts, have done the same.

“I think the younger players are seeing that our team is getting really good now, so less kids are leaving and going to private schools and are staying in Minneapolis,” said Jack Hanson, a senior forward who had a goal and an assist Monday against the Eagles. “We’ve got some rookies that are really skilled this year. I just think this is our most skilled year, for sure.”

Minneapolis (6-1-0) has won six straight since suffering a season-opening 4-2 loss to Hastings on Nov. 27. The win over Totino-Grace was Minneapolis’ third over a Class 2A program, and they also have victories over traditional Class 1A power Alexandria and highly regarded Providence Academy. Minneapolis sits at No. 10 in Legacy Hockey’s Class 1A power rankings.

Last season Minneapolis went 8-5-0 and lost 5-3 Breck in the Section 2A semifinals. The team has never reached a section final in the 11 years it has existed in this format (Minneapolis’ East and West programs merged to form Minneapolis in 2010). Minneapolis’ record has hovered around .500 for most of the previous five seasons as Dziedzic has steadily improved the team’s quality of opponents.

“We haven’t really seen ourselves up there in previous years,” Hanson said about the rankings. “So this year it’s kind of fun to see us up there and getting recognition.”

Fun is the operative word for this program.

“They are a fun group to be with,” Dziedzic said. “You can hear them in (the locker room) right now hootin’ and hollerin.’ And every day at the rink they want to get out there and get after it.”

In past seasons Dziedzic, who starred for the University of Minnesota and played in the NHL, remembers season-opening practices beginning with, “This is how you catch a pass.” These days the lesson plans are much more advanced.

“This year when we run practices, guys are making plays and I’m like, ‘This is what it is supposed to look like,’ Dziedzic said.

Minneapolis players have been savoring every second of the season. Especially the team’s 11 seniors.

“We’re definitely trying to keep the intensity up, especially us older guys,” said senior goaltende Alex Lamont, who made 21 saves against the Eagles. “We’re taking every practice like it’s the last time we’ll ever be on the ice. 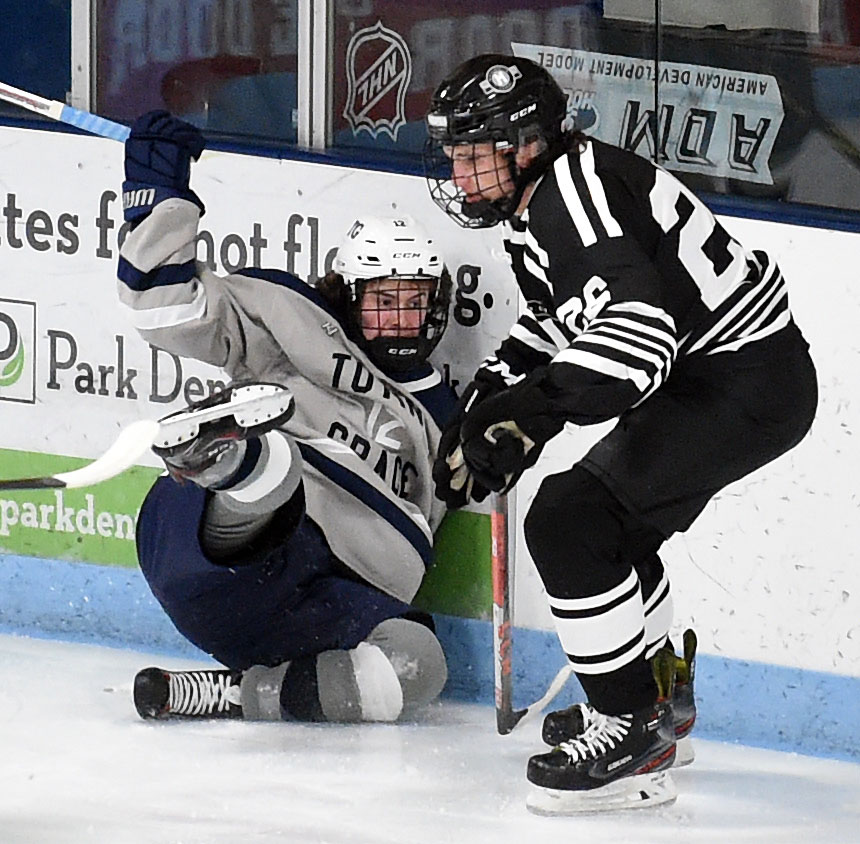