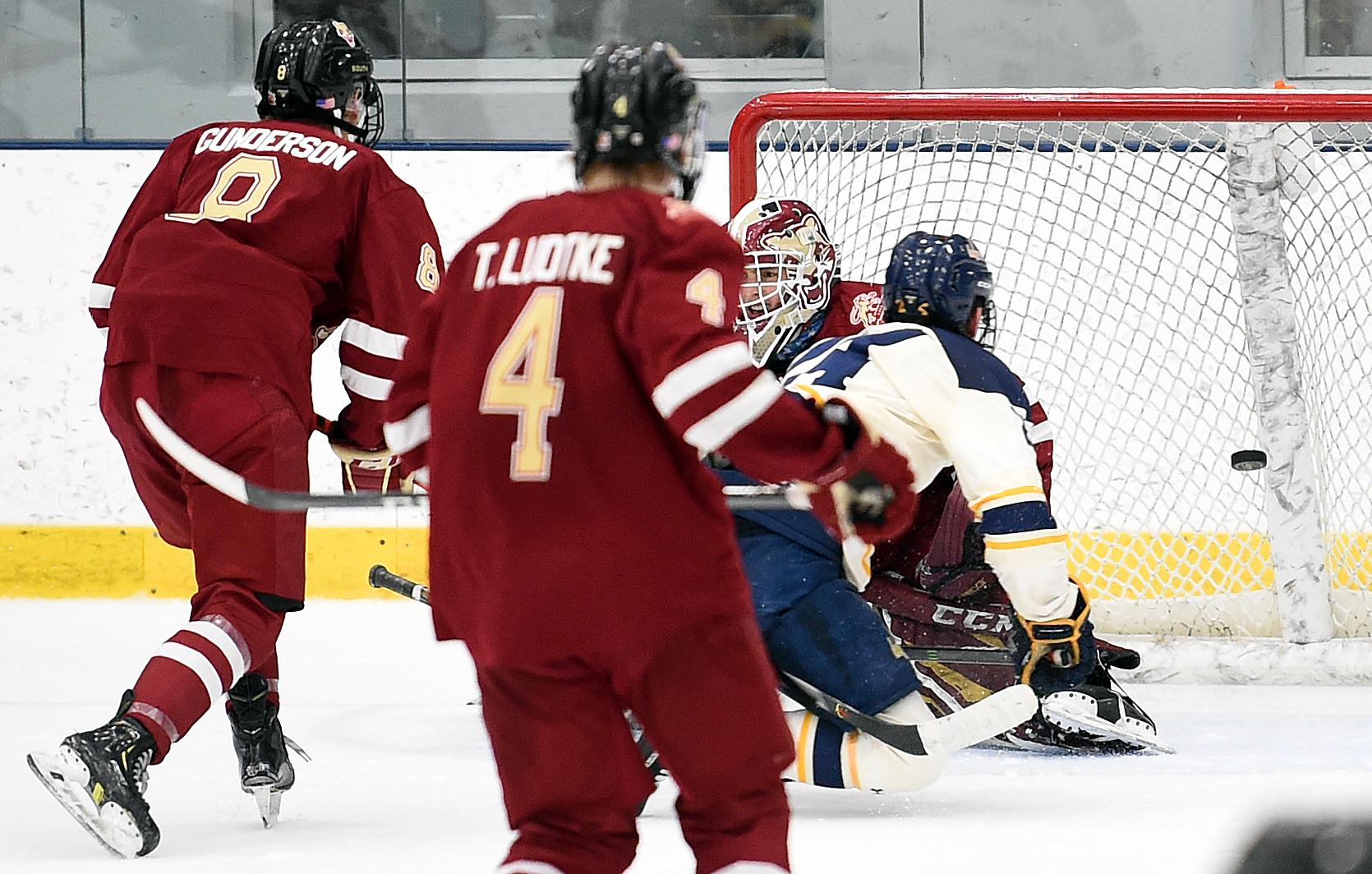 Prior Lake didn’t have a game Tuesday night. A hockey game, to be specific. A poker game? Absolutely. The Lakers, gathered at senior forward Matt Beaty’s house for some cards and camaraderie. For added entertainment, they watched the livestream of Lakeville South and Maple Grove squaring off in a matchup of then-unbeatens.

“We had all the guys together watching that game,” Prior Lake junior Will Schumacher said. “We knew it was going to be a good one. Those are some great teams, but we know we can beat them.”

The Lakers cheered lustily for Lakeville South, which did indeed knock off No. 1 Maple Grove, handing the previously dominant Crimson their first loss.

Of course Prior Lake wanted Lakeville South to win. The towns are neighbors in the south metro, and both teams represent the South Suburban Conference. Plus, Lakers and Cougars players built friendships last summer through a series of pickup baseball games.

“We wanted to be the team that beat them,” said Schumacher, who scored with 3:37 remaining  in regulation on Thursday night to allow the Lakers to forge a 4-4 overtime tie with the No. 3 Cougars (14-0-2), one of two unbeaten teams left in the state along with Gentry Academy (13-0-0).

“It felt great,” Schumacher said about his dramatic goal. “I was struggling a little bit in the first, but to get that in the third, that was a good bounce.”

Yes, Schumacher’s goal did come as a result of some puck luck. Riley Dueber fired what appeared to be a harmless shot from the point that was headed wide right. But the puck deflected off a Lakeville South defender and dropped just outside the crease area as a streaking Schumacher — appearing seemingly out of thin air — swooped in and lifted the puck over startled Cougars goaltender Cody Ticen before he had time to react.

“That’s a coach’s dream goal,” Prior Lake coach Joe Pankratz said. “You harp on it all year every day in practice, getting to the net, getting to rebounds. You drill it into them during practice. So to see the shot coming from the point and Shoey just flying to the net, stick on the ice … for me those are the prettiest goals.”

The tie helped wash away the sour taste of a stunning 4-2 loss to Shakopee — one of the biggest upsets of the season given that No. 9-2A Prior Lake (13-2-2) had lost just once previously and had defeated the Sabres 7-0 earlier in the season. Prior Lake is likely to be seeded No. 2 behind Eden Prairie in the Section 2 playoffs that begin next week.

No. 3-2A Lakeville South closes out its regular season on Saturday with a home game against Burnsville. The Cougars can become the first team since Benilde-St. Margaret’s in 2016 to complete the regular season with an undefeated record. Gentry Academy can do the same with victories over Hermantown on Friday and Southwest Christian/Richfield on Saturday.

Thursday’s game continued a trend of tight finishes for Lakeville South. Three of the Cougars’ last six games have gone to overtime, and the other — against Maple Grove — was decided by a single goal.

“Going into the playoffs, it’s good that you are getting tested,” Lakeville South coach Janne Kivihalme said. “Good quality opponents and tough games — that’s what you need.”

Thursday’s highly competitive game was an extension of the baseball series the teams’ engaged in last summer.

“They are like in The Sandlot, if you’ve ever seen that movie," Lakeville South defenseman Jack Malinski said about the casual, cut-up nature of the baseball matchups. "I think they won one game and then we won one off a walk-off home run. And then we got rained out once. "

The teams spent several minutes on the ice after Thursday’s game at the Dakotah! Ice Center in Prior Lake, milling about as they chatted and shared a few laughs. Because Lakeville South plays out of a different section (the Cougars are expected to be the top seed in Section 1) the teams won’t meet again this season unless they should both make the state tournament and end up colliding.

“Now we are kind of rooting for each other and hoping that we can see each other in the state tournament,” Malinski said. 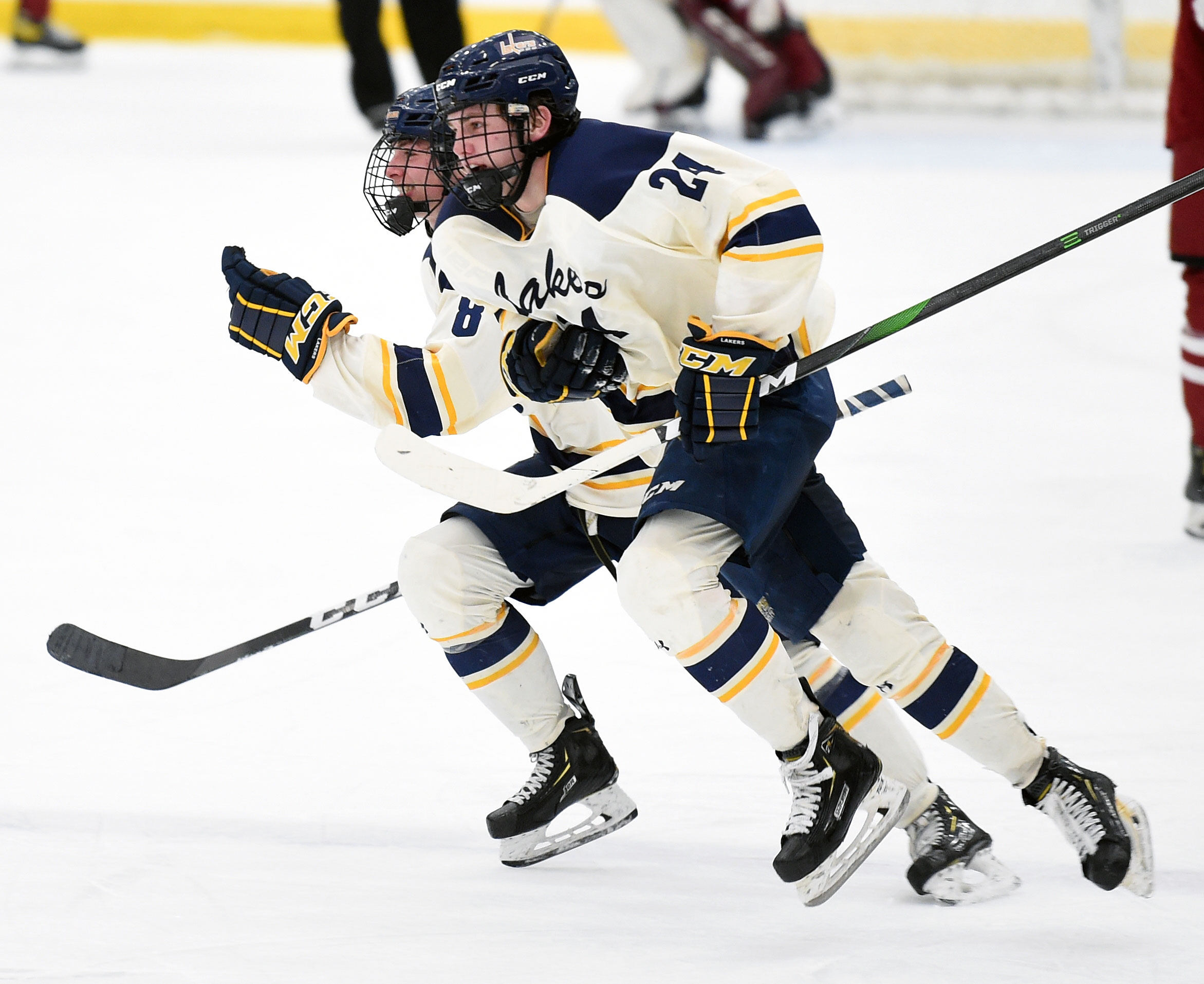 Prior Lake's Will Schumacher, front, and Riley Dueber race toward the Lakers' student section after Schumacher's goal late in the the third period tied the score at 4-4 against Lakeville South. Photo by Loren Nelson, LegacyHockeyPhotography.com 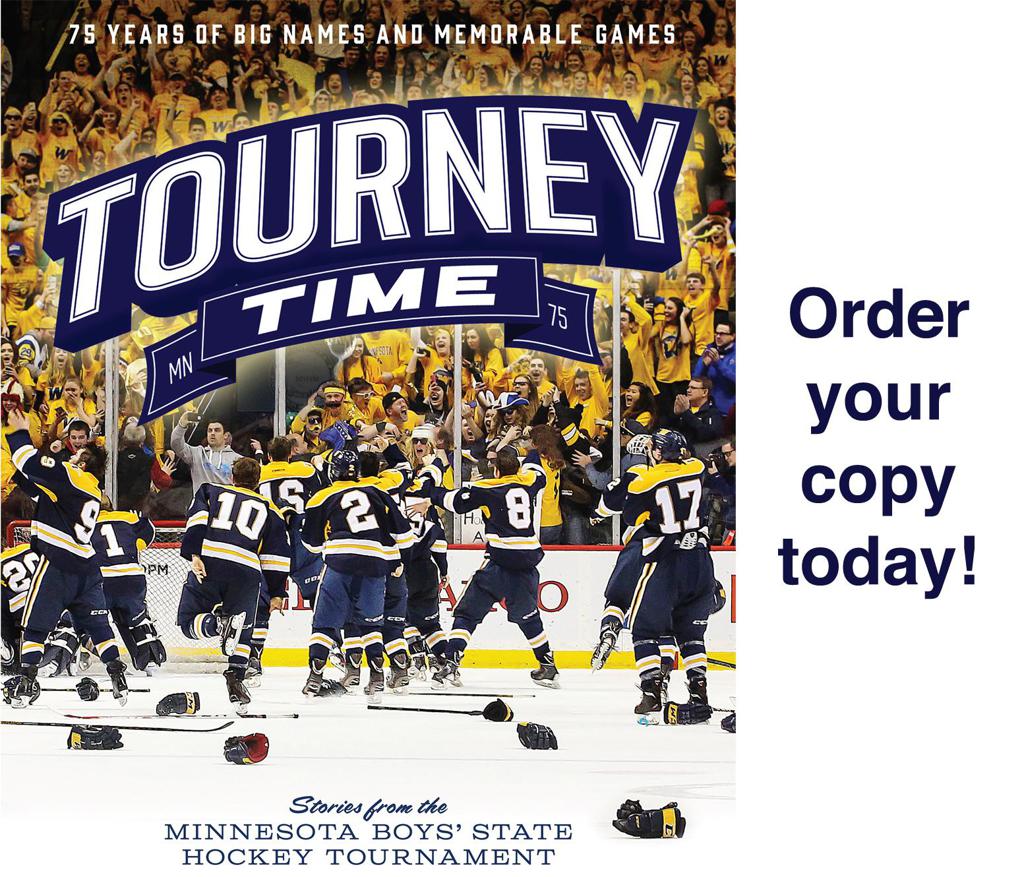