Even the goalie contributes to No. 8 Little Falls' high-flying offense 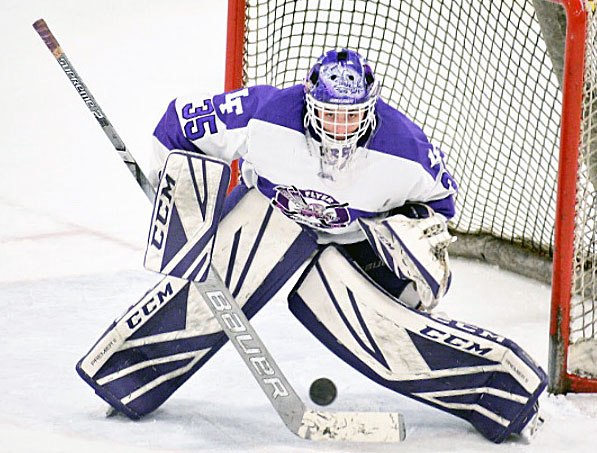 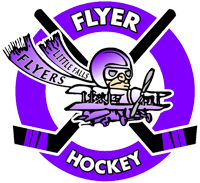 When the Little Falls offense really got rolling last season everyone was finding the back of the net. And by everyone, we mean everyone.

Are we forgetting anyone? Oh, yeah, Dane Couture also scored a goal on a beautiful, high-arcing wrister. The shot traveled about 170 feet — past an onrushing Monticello player then over the outstretched arm of a teammate trying to knock the puck down. Nothing but net.

It’s worth mentioning that Couture, a senior, is the Flyers' goaltender. His goal into an empty net in a Jan. 3 game at Monticello drew state and nationwide attention and underscored the high-flying (pun intended) nature of the Flyers’ offense.

Surprisingly, though, it was a sudden lack of firepower that proved to be the Flyers’ undoing last season, as they were shut out in three of their last five games, twice by Alexandria, including a 2-0 loss to the Cardinals in the Section 6A semifinals.

A more satisfying playoff fate seems likely this season, given the expected decline of long-dominant but graduation-decimated St. Cloud Cathedral. With the Crusaders rebuilding after eight straight section final appearances, five section titles and one state title, Little Falls slides in as the section favorite ahead of Alexandria, Sartell-St. Stephen, Fergus Falls and what should be a young but sneaky good Cathedral squad.

Goaltending, as it is for every team, will be the key. Couture has posted a save percentage above 90 and goals-against average under 2.5 each of the past seasons. The two-time team MVP was selected to play in the Upper Midwest High School Elite League this fall, and he faced an avalanche of rubber coming off the sticks of many of the state’s top snipers.

Hirsch, meanwhile, has been the Flyers’ most consistent forward, and he led the team with 45 points last season. Stevens is a shot-blocking, body-crunching force who led the team in hits. The gritty Gustafson possesses a blistering shot among his high-end skillset, and Majerle is the Flyers’ top two-way D-man and leader of both special teams units.

Among the five departed seniors who saw significant ice time are are forward Ryan Buckallew, a 20-goal scorer, and Reece Hubbard, a defenseman who had 26 assists among his 37 points.

Little Falls went 6-0 in the Legacy Bridge League this fall, outscoring its opponents 32-11 while tuning up for the delayed start of the Minnesota State High School League season. Stevens scored nine goals, Filippi had seven and Couture posted a 1.83 goals-against average in the Minnesota Hockey-sanctioned mini-season, which ended with the Flyers ranked No. 10 among the 40 participating teams (the third-highest ranked 1A squad).