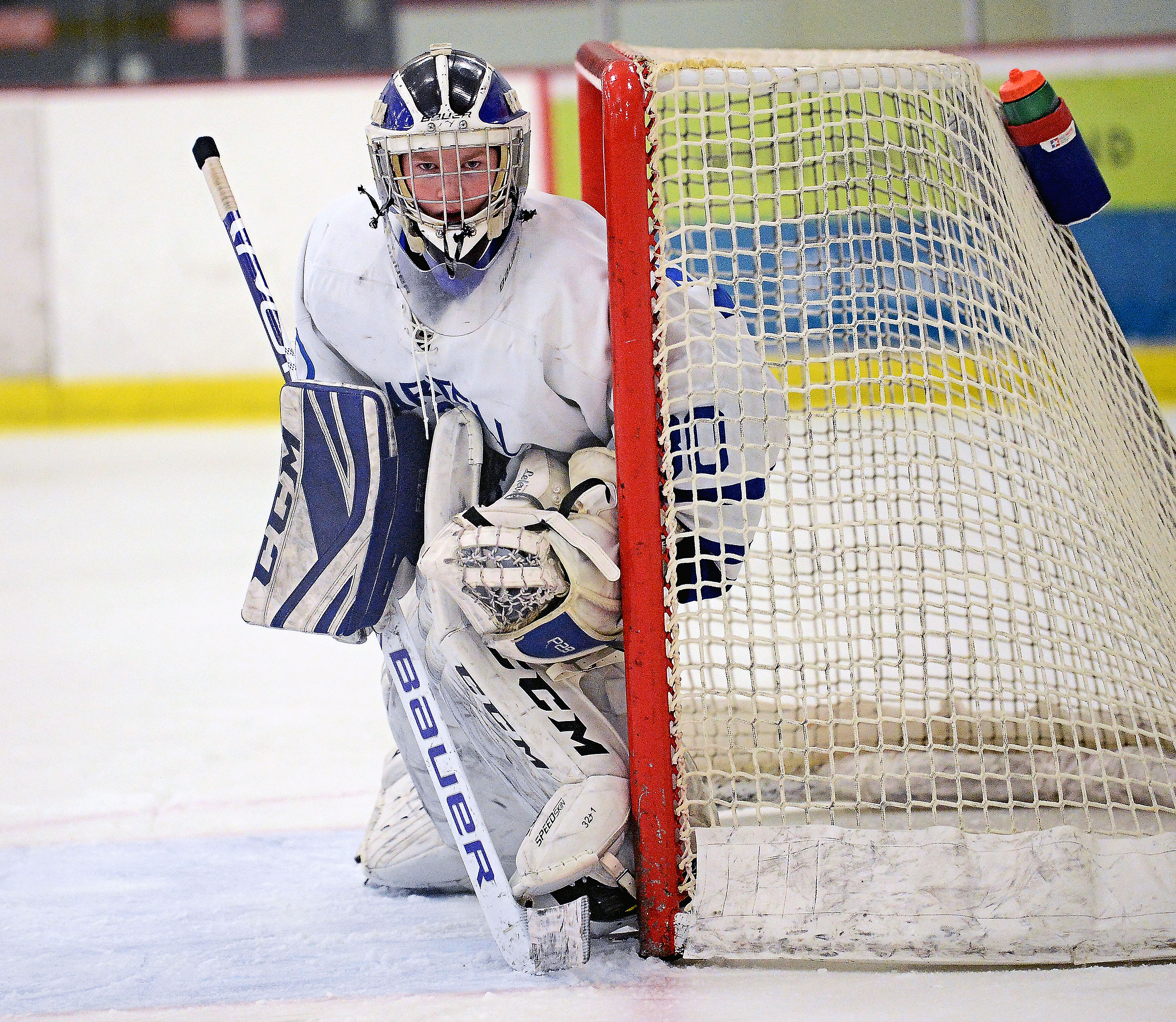 Junior Quentin Sigurdson returns in goal for Sartell-St. Stephen after facing many of the state's top Class 1A teams a year ago. Photo by Tim Kolehmainen, Breakdown Sports Media 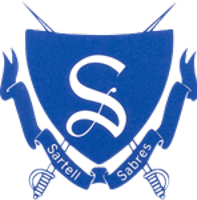 The schedule was brutal. Road trips to three of the four eventual state Class 1A semifinalists (Mahtomedi, St. Cloud Cathedral and Warroad) did not end well. A game at Monticello, also a state tournament qualifier, resulted in another loss.

The Sabres played three more teams that reached section finals last season, beating Mankato West but losing to Alexandria (twice) and Duluth Denfeld. And we haven’t even mentioned the games against talent-laden Class 2A teams St. Cloud and Brainerd (four more losses). Let’s not forget the holiday tournament matchups against and an underrated Class 2A Park of Cottage Grove squad and Wisconsin powers University School of Milwaukee (a state tournament semifinalist) and Hudson (a state quarterfinalist) — all losses.

Add it all up and Sartell-St. Stephen just might have been the best six-win squad in the state last season. No, that doesn’t sound like something a team would want as an epitaph, but there it is.

If any team was poised for a tire-screeching turnaround this season, it’s the Sabres. They were a young bunch last season — sophomore Tory Lund is the leading returning scorer, junior Hayden Walters was selected to play in the Upper Midwest High School Elite League and junior Quentin Sigurdson was the go-to guy in goal — that defines the term battle-tested.

Lund’s 13 goals and 23 points were not only tops on the team last season but placed him among the state’s freshmen scoring leaders.  The elusive, 5-foot-9, 160-pound forward improved as the season rolled along, scoring six of his goals in the final four games.

The 6-foot, 170-pound Walters has the strength and speed to match up against any of the state’s top players, which he did for two months playing in the Elite League. That experience should only make him more valuable as both a gritty defender and counted-upon scorer.

Sigurdson split time in goal with Riley Hauck, one of just six seniors lost to graduation. The Sabres’ Murderer’s Row of a schedule wasn’t favorable for posting sparkling goaltending stats — Sigurdson and Hauck each had goals-against averages around 4.0 and save percentages in the .860 to .870 range.

The numbers were much better for Sigurdson this fall in the Legacy Bridge League, a mini-season that allowed most of the returning varsity players to get in five games in the Minnesota Hockey-sanctioned league before the current pause on youth and high school sports went into effect. The Sabres went 4-1, and Sigurdson posted a 2.20 goals-against average and .929 save percentage. Junior Brandon Bonach was 2-0- with a 1.00 GAA and .944 save percentage.

Perhaps most importantly of all, Sartell-St. Stephen returns its top four defensemen, led by senior co-captains Michael Webster and Connor Hacker. The 6-2, 175-pound Webster finished second on the team in scoring with 20 points on nine goals and 11 assists. The 5-7, 160-pound Hacker excelled as a setup man, as all 14 of his points were assists. And seven of those assists came on the power play. Sophomore Teddy McCabe (6 points) and junior Thomas Franke (3 points) are the other returning defenseman.

Watch for a potential breakout season from senior Joe Folsom, who didn’t register a varsity point in 2019-20 but led the Sabres’ Bridge League team with four goals and six points in five games.