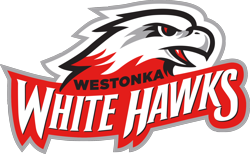 Krebsbach from Krebsbach. Mitch from Max. Or Max from Mitch.

Either way works equally well for Mound Westonka, which received a combined 34 goals and 64 points last season from the brothers are who are separated by a few years in age, a couple inches in height and a dozen or so pounds but otherwise skate, shoot and score as if they are identical twins.

Slick stickhandlers and deft passers, the Krebsbachs possess a knack for depositing the puck both on each others’ stick and in the net. Mitch, a 5-foot-10, 154-pound senior, had 16 goals and 17 points for a team-best 33 points last season. As one of the state’s highest scoring freshmen a year ago, Max — slightly shorter and lighter than his big brother — put up similar numbers (18 goals, 13 assists).

Though their frequent spurts of keep-away dominance might suggest otherwise, the Krebsbachs aren’t a two-man team. If Mound Westonka is to improve on last season’s 13-12-1 record and quarterfinal exit from the Section 2A playoffs, it will need significant contributions from up and down the lineup. And that seems entirely likely, given that the White Hawks return five veteran defensemen, two battle-tested goaltenders and a platoon of talented, experienced forwards.

All of that tough competition (Mound Westonka beat 2020 state tournament qualifiers Mankato East and Hutchinson last season) serves as a fitting prelude for the section playoffs, where the opponents (several of them Wright County foes) are just as talented. The White Hawks (state tournament qualifiers in 1998 and 2001) have advanced past the quarterfinals just once in the last eight years, but that could change this season with the Krebsbachs leading a group of 17 players with significant varsity experience.

Senior goaltenders Elijah Goetz and Harrison Moen were part of a three-man rotation last season that included Darby Miller. The graduation of Miller leaves Goetz as the likely frontrunner for the No. 1 spot, given that he logged almost twice as many minutes as Moen last season. It’s worth noting, however, that Moen got the start in the section quarterfinals, an eventual 5-3 loss to Robbinsdale Armstrong/Cooper.