Hulking D-man Tristan Hoppe helps lift Hutchinson to No. 19 in our Class 1A preseason rankings 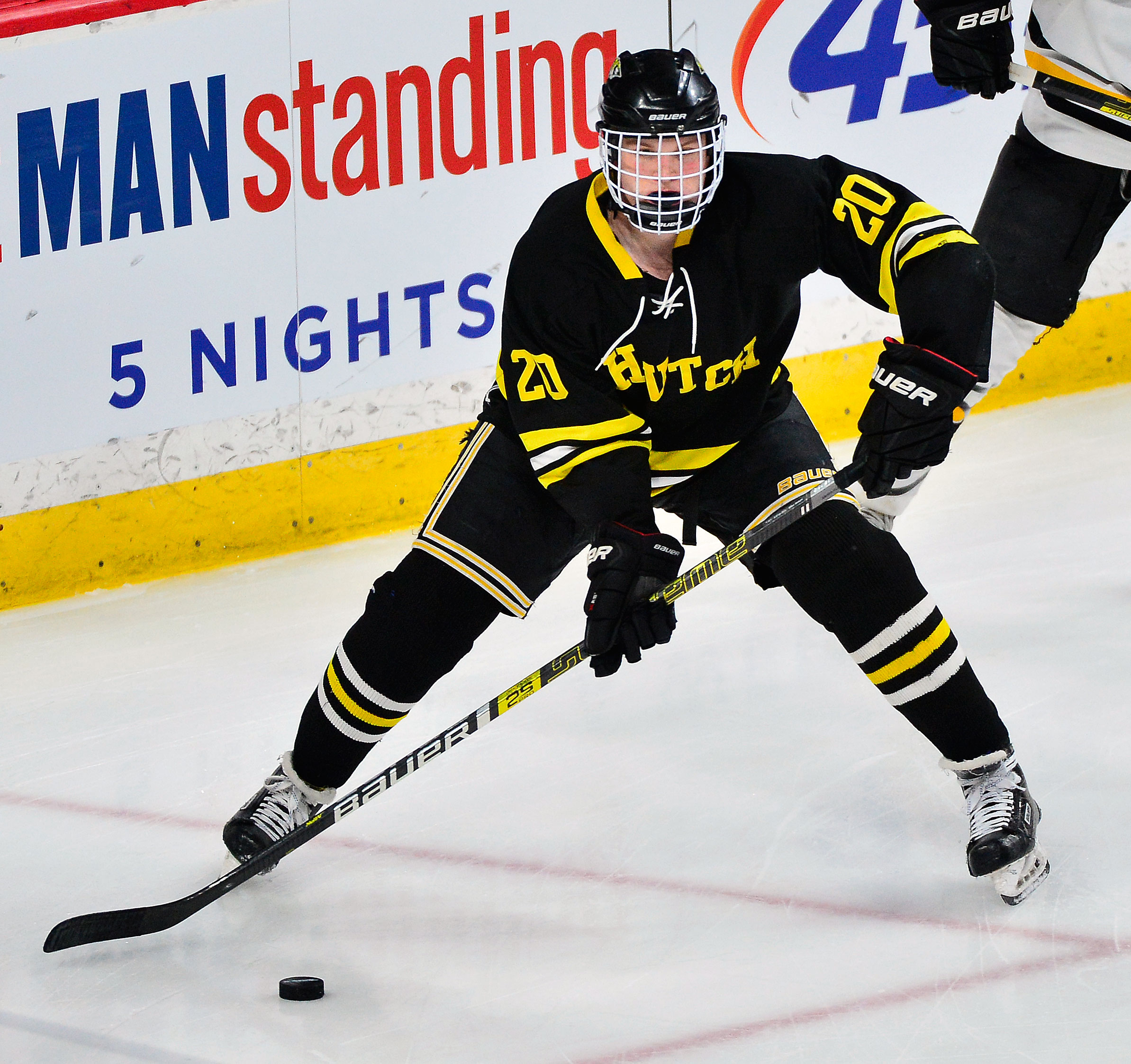 Hutchinson’s Tristan Hoppe is one big dude. He stands 6-feet, 2-inches and weighs 230 pounds, the sort of frame that allows him to excel on the football field as both a linebacker and running back.

Hockey? Hoppe is a star on the ice, too, fully capable of deft maneuvers that belie his hulking frame. Like the time last spring when he stepped out of the penalty box, grabbed a loose puck at center ice and raced in for a breakaway goal on a nifty forehand-to-backhand deke — a "double move" as he later described it.

That moment will forever be etched in Hutchinson hockey lore, given that it came in a tie game against arch rival Litchfield/Dassel-Cokato in the Section 3A championship and sparked the Tigers to an 8-1 triumph and first state tourney berth in 11 years.

As a defenseman adept at winning puck battles in the corners, bulldozing bodies from the front of the net and firing crisp breakout passes, Hoppe wasn’t relied on for his scoring last year — much less providing breakaway goals at opportune moments in the biggest of games. No, the bulk of the goal-scoring duties fell on the shoulders of Austin Jozwick and Hayden Jensen, who combined for 56 of the team’s 124 goals.

Still, the graduation of Jozwick (35 goals), Jensen (21 goals) and other consistent scorers such as Logan Holtz (11 goals), Nik Johnson (8) and Blake Schmidt (8) leaves none other than Hoppe (9 goals, 12 assists), as the team’s top returning scorer with 21 points.

All three of the Tigers’ goaltenders also return, including Austin Hagen, a senior who played the majority of the minutes while posting a 2.47 goals-against average and .906 save percentage.

Expect Hoppe to lead plenty of rushes early in the season as Hutchinson’s crop of mostly inexperienced forwards grows into their role. Brady Knorr, a speedy junior who scored eight goals and added 11 assists last season, could blossom into Hutchinson’s next great goal scorer. And senior Cam Longie, who scored seven goals and added 13 assists as a defenseman last season, is switching to forward and should provide another boost of offense along with seniors Riley Anderson (7 goals) and Joey Croatt (6 goals).

Litchfield/Dassel-Cokato and New Ulm figure to join Hutchinson in a three-way race for the Section 3A title. Hoppe’s looming presence, and penchant for clutch goals, no doubt will factor heavily in the Tigers’ fortunes.