Sophomore wrecking crew forward line led by Will Schumacher boosts No. 5 Prior Lake 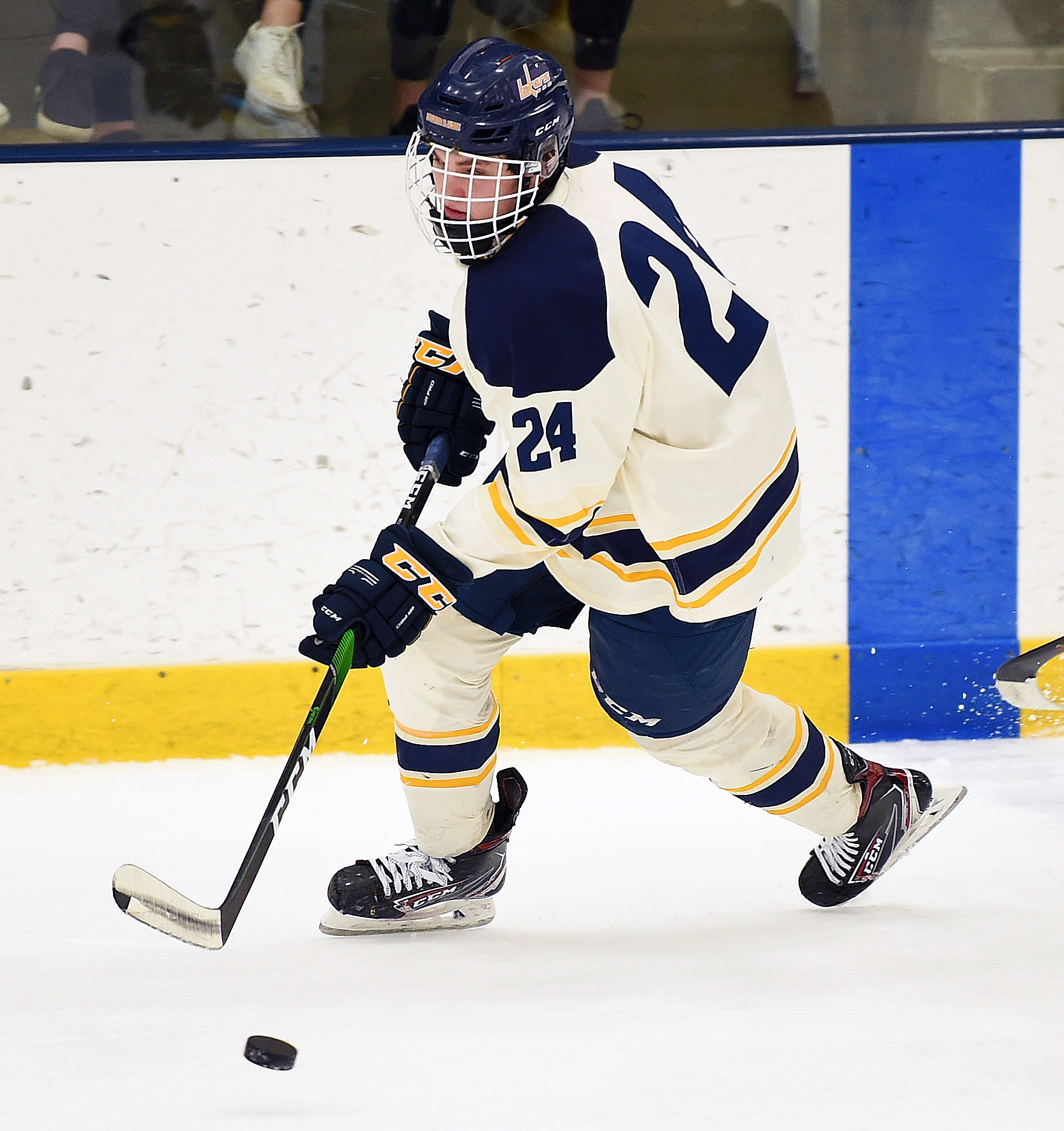 Before last season the Lakers didn't merit as much as a twinkle in prognosticator’s eyes.

A year later, it’s remarkable how the perception of a perennially good but never great program has changed. And deservedly so. Based on last season’s results, highlighted by the play of a dynamite forward line of sophomores, Prior Lake (which loses just a handful of key seniors) has the potential to be as good as any team in the state.

No doubt the sting of that playoff upset — 18-win Prior Lake was the top seed in the section; Chaska was seeded No. 4 — will serve as motivation for players in a program that has never appeared in the state tournament and has reached just two section finals since its inaugural 1974-75 season.

Any analysis of the Lakers has to start with the forward trio of Will Schumacher (team highs of 17 goals and 37 points), Alex Bump (33 points) and Sam Rice (28 points).

Schumacher was remarkable in his consistency, registering a point in all but three of his 26 games. Bump proved to be a dynamic playmaker, posting games of four and three assists among his team-best 21 helpers. The elusive Rice saved some of his best games for Prior Lake’s toughest opponents, registering multi-point efforts against the likes of Burnsville, Rosemount and Lakeville South.

Stunningly, all three players were varsity newcomers who played on the Lakers’ Bantam AA team that reached the state tournament in 2019. Trevor Boschee, who posted a 2.25 goals against average and .904 save percentage as a varsity rookie was also part of that Bantam group. Last season he registered 17 victories and is solidified his stature as one of the best goaltenders in the state in his age group.