Defensive-minded Wayzata, No. 10 in our too-early rankings, returns all of its top scorers 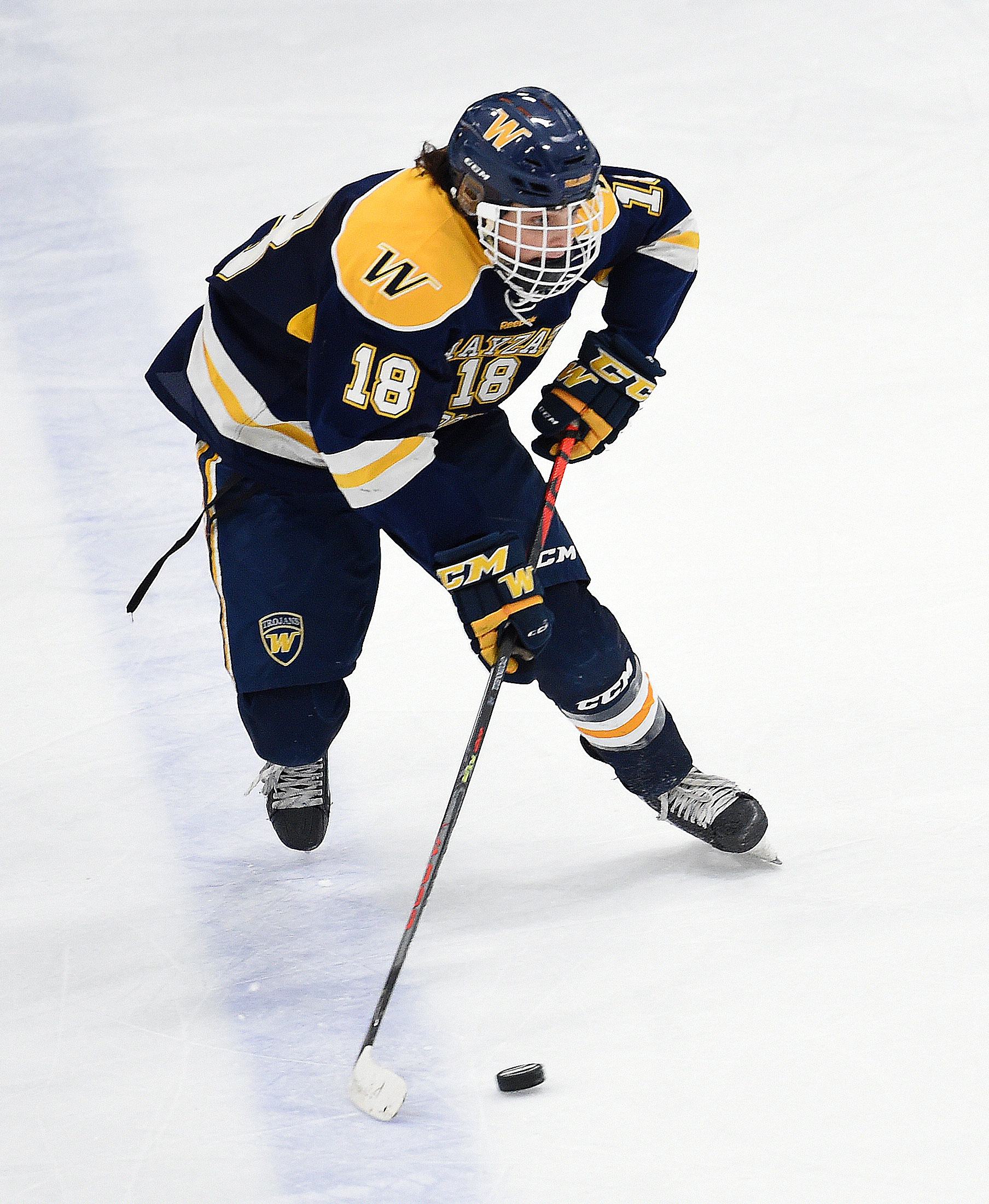 Their schedule is always daunting. Their style is always predicated on grit and hustle and in-your-face defense. And all those blocked shots are a constant, too — year after year, hundreds upon hundreds of blocked shots.

As the names on the roster change from season to season, the Trojans always look pretty much the same as they did the year before. This team isn’t going to cruise to a lot of three-, four- and five-goal goal victories. Wayzata, playing a style that one opposing coach described as “having six goaltenders on the ice”, isn’t going to get blown out often, if ever, either.

The Trojans managed just 78 goals last season. The good news is that 52 of those return from a squad that was loaded with juniors and sophomores. Jack Kimlinger (8 goals, 8 assists) had the most goals and points of any departing senior, an eight-player group that also included defensemen Kyle Mortenson (12 points), Per Waage (9 points) and Joe Tomczik.

The most significant loss, however, comes in goal. Ironman Garret Bonello played all the minutes and helped keep the Trojans competitive in every game while posting a 2.60 goals against average.

Wayzata returns its top four scorers, led by junior Jake Keller and sophomore Gavin O’Connell with 26 points each. Junior Jake Schneider was the top goal scorer with 11, and junior Dylan Lewis had nine goals among his 17 points.

Juniors Tucker Ness (5 goals, 11 assists) and Carson Peters (9 points), both of whom measure 6-foot-2, will anchor the defense.

Goaltending? Who knows? Junior Grayson Wong was listed on the Wayzata roster last season and could be the heir apparent. Or maybe the new starter comes from a Bantam AA team that finished the season ranked in the top 15 by two media outlets. Although this is the most important position, it shouldn’t be a huge concern — another constant for this program, which won a state title in 2016, has been the production of consistently solid goalies.