We expect No. 13 Moorhead to overcome losses that would be devastating for most programs 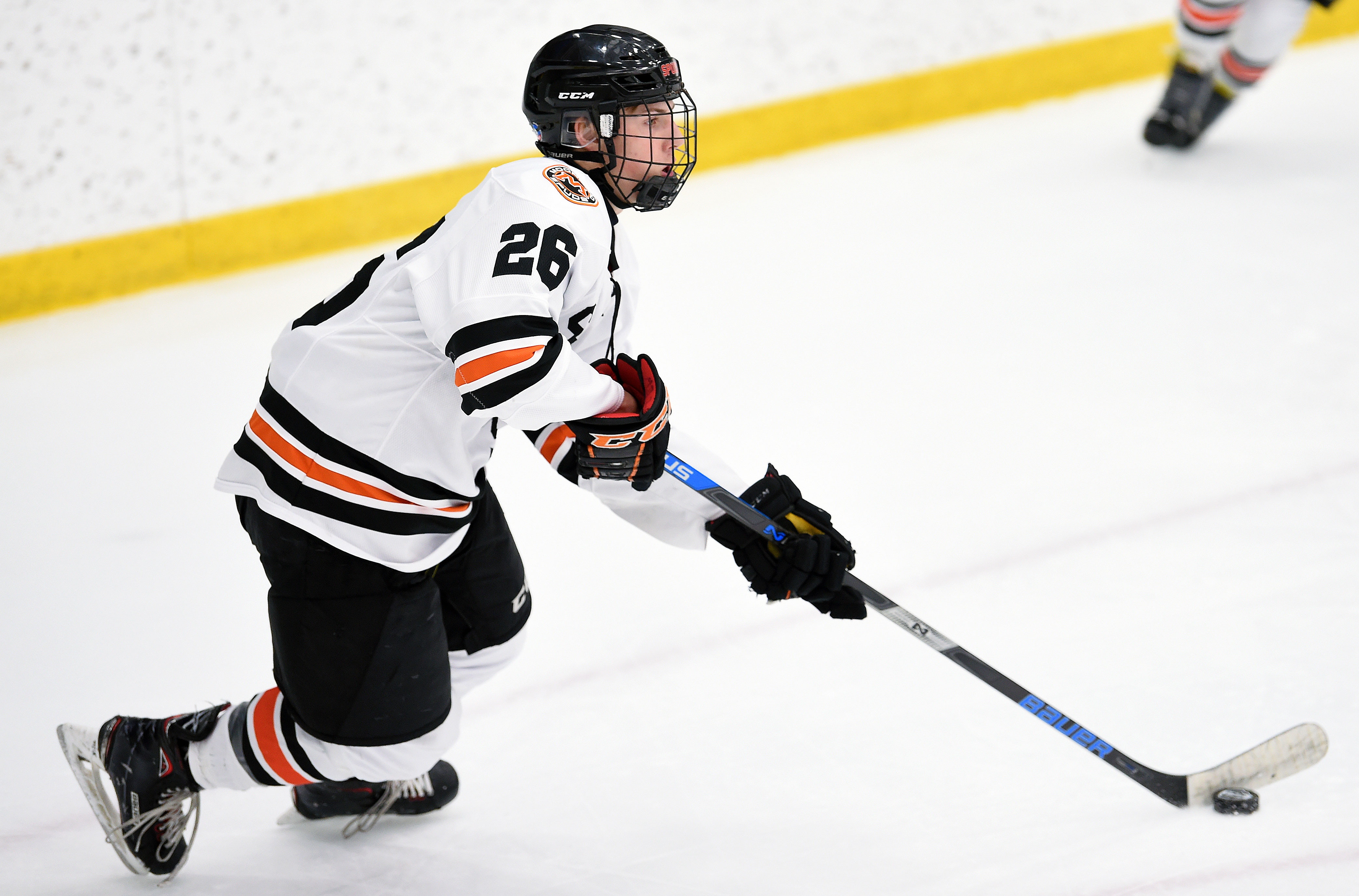 All the top scorers are graduating. Same goes for the vast majority of the defensive corps.

To say the Spuds will have different look in 2020-21 is to point out the obvious, like noting the Earth is round and the Red River Valley flat.

With so many impending departures, it might be a reach to place Moorhead this high in our too-early rankings. But such is our respect for a program that for years has been on even footing with all of the state’s top teams (the Spuds went 5-0-1 against the mighty Lake Conference last season and has appeared in 12 state tournaments in the 2000s) and routinely churns out elite-level players.

Plus, there’s something to be said for a town that seemingly has as many indoor hockey rinks as it does gas stations and coffee houses.

Compared to the other teams we have ranked so far, Moorhead’s rebuild is most similar to that of Andover — and possibly more extensive. Among the Spuds' 13 seniors are top scorers Cullen Gess (team-best 57 points), Caden Triggs (team-best 34 goals) and Carter Johnson (49 points). Michael Overbo (14 goals) is yet another significant loss at forward.

Luke Gramer (8 goals, 25 assists) easily ranked among the state’s top handful of senior defenseman and departs along with four other blueliners.

Then there’s Hodges, winner of the Frank Brimsek Award given to that state’s top senior goaltender. His consistently brilliant play put the Spuds in position to win most every game — and allowed them to sneak more than a few victories they probably wouldn’t have otherwise earned.

Junior forward Max Dronen is the top returning scorer with four goals and 14 points. Sophomores Carson Triggs (7 points) and Gavin Lindberg (6 points) and junior Jonas Spicer (4 points) will be counted on to boost their production at forward. Junior Grant Frisch (3 points) is the lone defenseman with significant varsity experience, and junior goaltender Will Kunka saw limited action (he went 2-0-0 in four appearances) as Hodges’ backup.

Moorhead’s Bantam AA team always seems to be one of the best of the state, and last season was no exception as it qualified for the state tournament and was No. 4 in two sets of season-ending rankings. Speedy forward Ian Ness is one of several in wave of players from that squad likely to make an instant varsity impact.