Ever-present depth plus pair of intriguing young guns could push No. 15 Minnetonka over the top 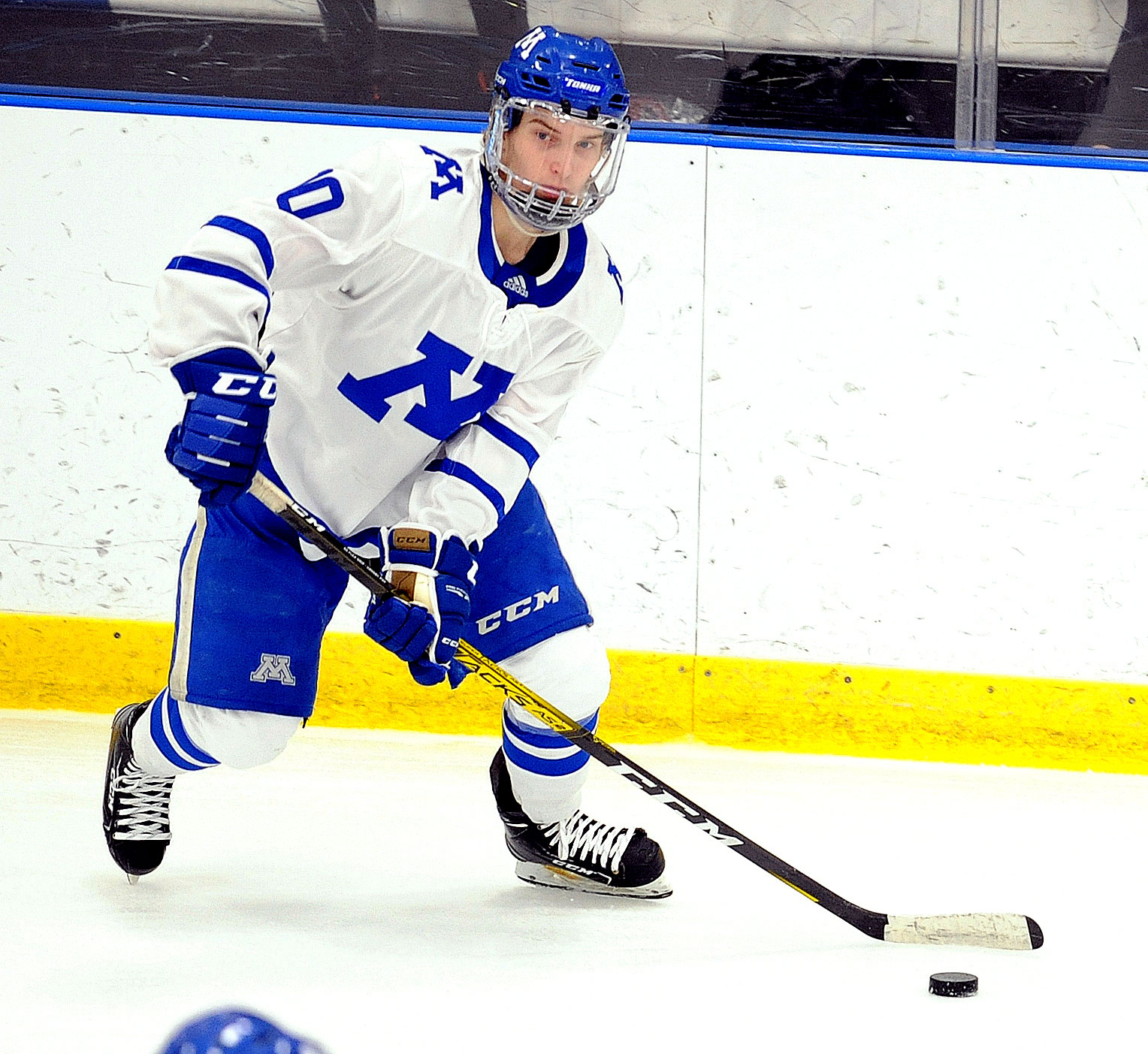 Huge schools with massive youth feeder systems have some inherent advantages. The most obvious of those is depth.

Which is to say the Skippers, with roughly 3,000 students in the high school and eight Bantam teams in its youth program, aren’t hurting for players. Last season Minnetonka trotted out line after line and defensive pair after defensive pair with seemingly no drop-off in talent.

Minnetonka, playing one of the state’s toughest schedules, parlayed that depth into a season filled with peaks and valleys, a season that ended with a section semifinal playoff exit and .500 record. The missing ingredient? Well, amazingly, only two Skippers reached double digits in goals.

Senior Teddy Lagerback was the unquestioned go-to guy, scoring a team-best 19 goals among his 37 points. And senior Braedon Lacomy scored 11 goals among his 21 points. After that the next highest goal scorer was junior Tyler Kueppers with eight.

Junior goaltender Anders Irene went 3-2-0 as senior Brandon Shantz’s backup and will no doubt compete for the No. 1 starting spot.

As for the star power needed to get the Skippers over the good-but-not-great hump, we present an eighth-grader by the name of Drew Stewart. One of the state’s top players in his age group, Stewart still will have Bantam eligibility next season. So there’s no guarantee he’ll be the rare freshman to crack the Skippers’ lineup (who remembers Max Coatta scoring 23 goals as a Skippers freshman in 2009-10?) much less make a significant impact.

Still, if any player can duplicate the instant success enjoyed last season by ace freshmen such as Jimmy Snuggerud at Chaska or Jimmy Clark at Edina, Stewart (who at 5-foot-5 still is awaiting his grow spurt) just might be the guy.

Beckett Hendrickson, also a star youth player, has exhausted his Bantam eligibility and seems likely to be another immediate, high-impact varsity addition for the Skippers.