Veteran-laden Centennial, No. 20 in our too-early rankings, poised to resume its run of excellence 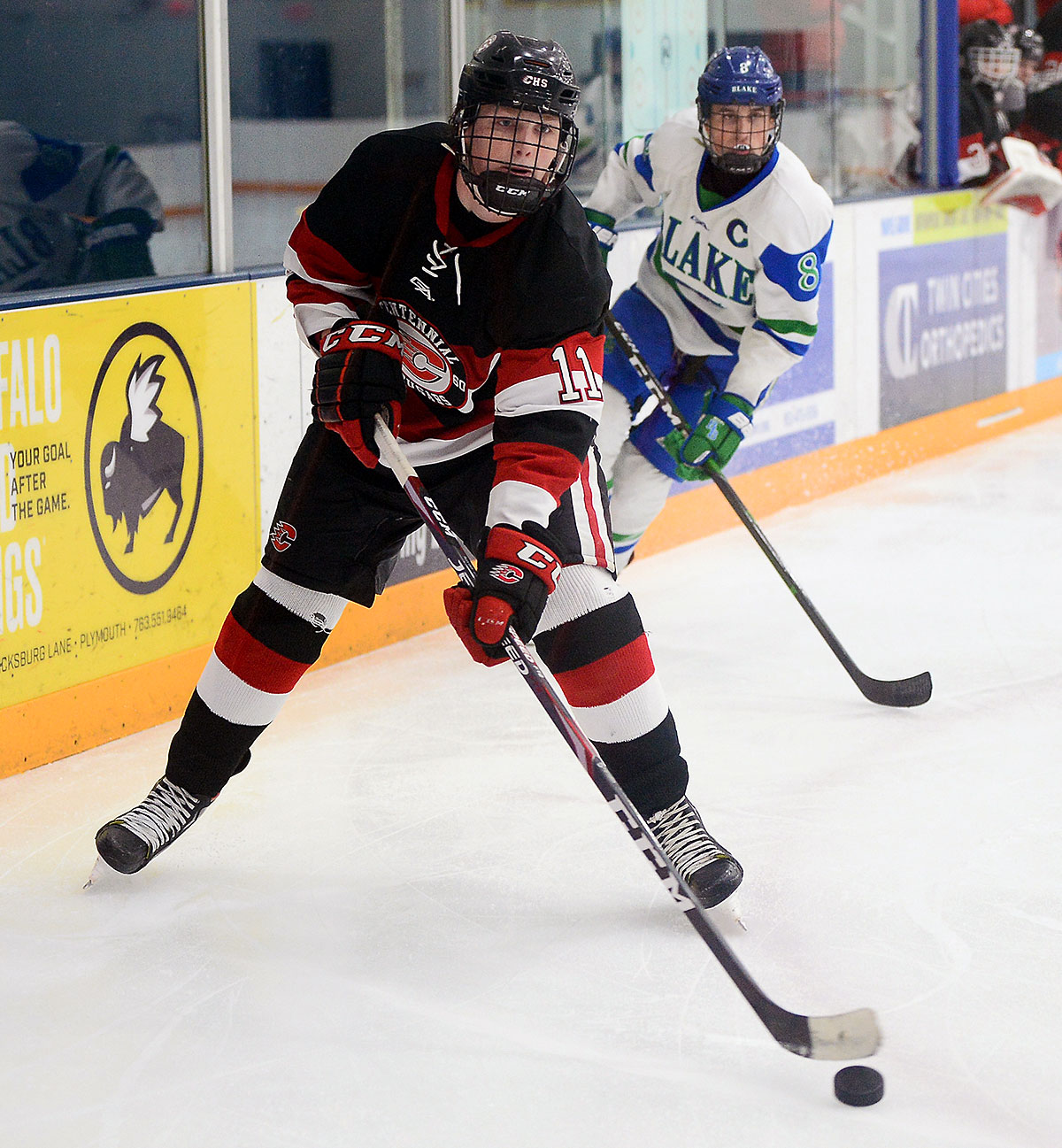 Henry Bartle scored 20 goals last season as a junior for a Centennial team that will be loaded with seniors in 2020-21. Photo by Tim Kolehmainen, Breakdown Sports Media

Life has been pretty sweet in the metro's northern suburbs for the Cougars since 2004, when they reached the pinnacle of state high school hockey with their magical 30-win championship season.

In the last decade alone Centennial has reached the state tourney four times and made two other appearances in the Section 5AA final. The only hiccups for one of the state’s most consistently high-performing programs have come in the last two seasons, when the Cougars posted their first losing mark in more than 20 years when they went 10-15-1 in 2018-19. They followed that with a 14-13-0 mark last season during which a dozen juniors played significant roles.

That’s the dissertation. Here’s the opinion: Few teams are poised for a bigger turnaround in 2020-21 than Centennial.

Junior Connor Thompson (10 goals last season) provides another consistent scoring threat for a team that returns 74 of its 105 goals from last winter.

Centennial’s success will no doubt hinge heavily on the play of Carls and Bartle. Carls has reached USA Hockey’s National Player Development Camps for his age group each of the past two summers. Bartle, who saw action in the Upper Midwest High School Elite League last fall, scored a whopping 10 of his goals on the power play last season.

LeMire was also a power play force, notching nine of his 13 assists with the man advantage.

With all but a handful of players returning next season there aren't a lot of open varsity positions, but some of those slots could be filled from a talented Bantam AA team that knocked off highly regarded Rogers en route to the District 10 championship. The Cougars were ranked in the state's season-ending top 20 by at least two media outlets.