Trio of freshmen serve as frontmen, catalysts for No. 21 Totino-Grace 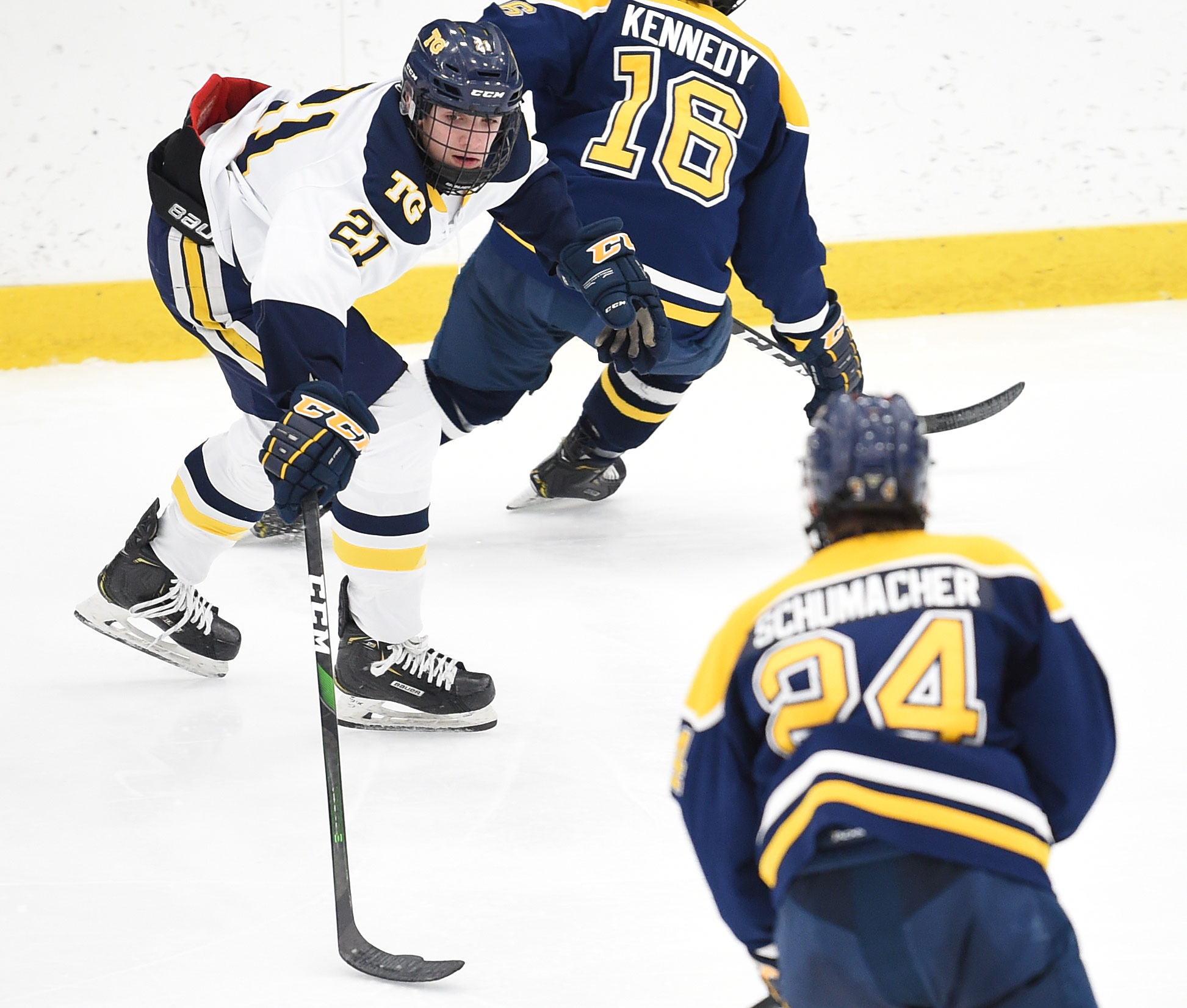 Austin Burnevik scored 15 goals and added 13 assists as a freshman in 2019-20. Photo by Loren Nelson, LegacyHockeyPhotography.com

The Eagles opted up to Class 2A before last season, then trotted out mostly untested freshmen and sophomores at key positions all over the ice.

Hardly seems like a recipe for success. Or is it?

So now what? Well, Totino-Grace appears to be built for long-term success. Freshman Oliver Moore is the top returning scorer after piling up 36 points, including 29 assists. Austin Burnevik, also a freshman, amassed 14 goals — third best on the team — among his 27 points. Both Moore and Burnevik landed in the top 10 of our rankings of the state’s best freshmen.

The biggest loss, literally, is Kyle Heffron. The 6-foot-5, 215-pound moustachioed manchild was the Eagles’ top scorer with 48 points. He also shared the team lead in goals with 20.

Junior Parker Gnos was the top-scoring defenseman with 20 points. Fellow blueliners Howie Moore, a sophomore who scored nine points, and juniors Stephen Golden and Luke Schroeder (both of whom stand over 6-2) also saw significant playing time. Their development - along with Johnson's - will be critical as the Eagles try to ratchet down their 4.30 goals against average.