Despite significant departures, No. 22 Chaska - led by defenseman Max Burkholder - still has abundance of talent 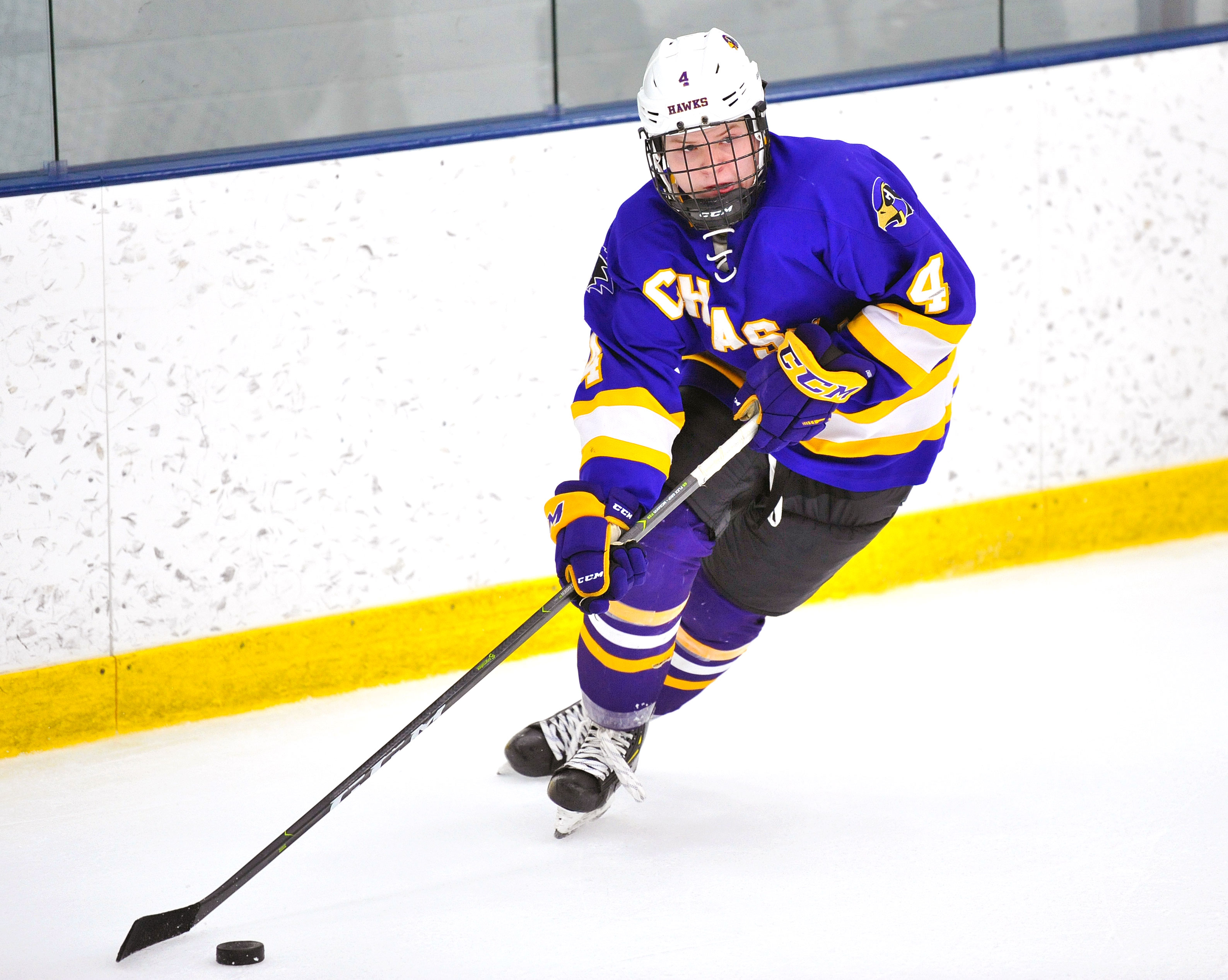 Losing a gifted senior class will do doubt hurt the Hawks. Some might argue that freshman phenom Jimmy Snuggerud’s departure will cripple them.

Yes, the loss of the uber talented Snuggerud, who piled up team highs of 20 goals and 41 points last season, to USA Hockey’s National Team Development Program drops Chaska several spots in our rankings. But all is not lost for the Hawks, who should be brimming with confidence after reaching a section championship game for the first time since 1997.

Seniors and longtime mainstays Shane Lavelle and Nick Olmscheid at forward and William Magnuson and Calvin Barrett on defense played some of the best hockey of their careers as Chaska made its surprising run to the Section 2AA title game (losing 3-2 to Eden Prairie). They will be difficult to replace, but Burkholder’s significant presence (he's committed to play at Colorado College), along with the return of sophomore Zach Seltun (14 goals, 16 assists) and junior Sully Scholle (11 goals, 11 assists) at forward should help keep the Hawks competitive against the state’s elite teams.

Goaltending isn't a concern. Freshman Carter Wishart, one of the best 'tenders in the state in his age group, can build on a solid season in which he played all but a couple of periods as the Hawks’ go-to guy.

And a fresh shipment of talent - led by defenseman Matthew Magnuson - will be arriving from a Bantam AA team that qualified for the state tournament (which was cancelled in March because of coronavirus-related health concerns) after finishing as the state runner-up in 2019.