Kings of the North

T.J. Oshie and Warroad cheered for rival Moorhead to complete northern sweep in 2005 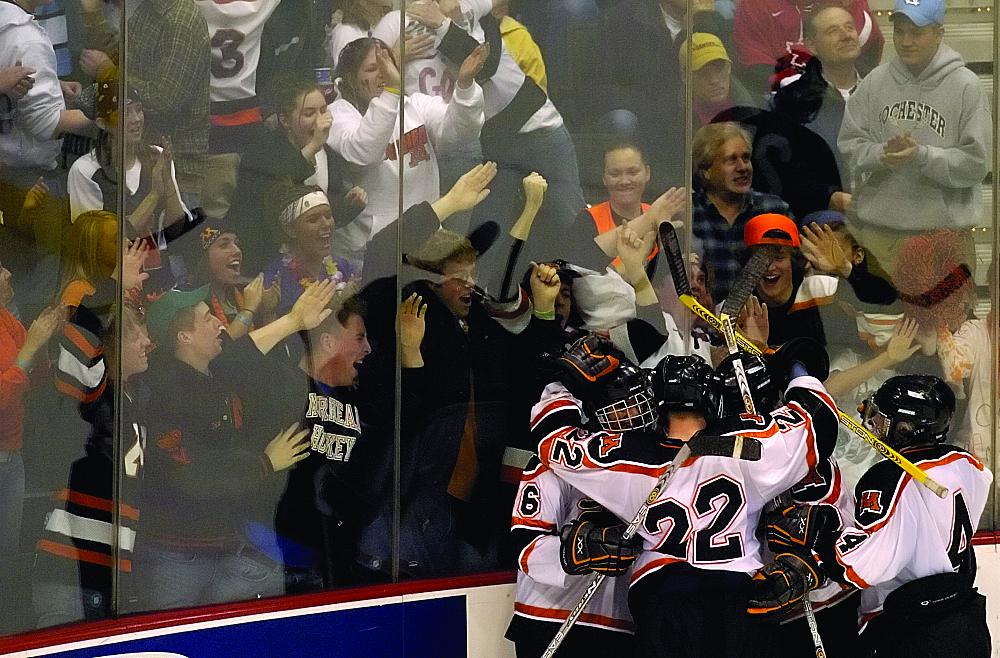 The first northern sweep of state 1A and 2A titles since 1998 seemed imminent in 2005 when Moorhead, shown celebrating a goal in a big-school semifinal against Duluth East, reached the 2A final. Photo by Scott A. Schneider/Let’s Play Hockey

Editor's note: One in a series of state tournament related stories that didn't make the Tourney Time lineup.

Moorhead and Warroad were bursting with it during the 2005 state tournament. As the kingpins of northwestern Minnesota hockey each played for state championships — Warroad for the small-school title, Moorhead for the big-school crown.

“Absolutely we were cheering for them,” Moorhead’s Jon Ammerman said. “Not only were they northern guys like us, but they were our friends.”

The rivalry wasn’t so friendly months earlier when dozens of NHL scouts, distinctive in their team-issued jackets and impartial demeanor, converged on the Moorhead Sports Center on a Saturday in mid-January to see the two highly touted teams (Moorhead was ranked number one in Class 2A, Warroad number two in Class 1A) go toe-to-toe.

“I remember looking up in one corner of the arena, and at the top you could see fifty black coats all looking the same way,” said Kyle Hardwick, Warroad’s co-captain and top defenseman that season, about the array of pro and college scouts.

Fans from both towns, thousands of them, were eager to see the matchup, too.

“During the JV game it was packed,” said Ammerman, a senior defenseman. “It was standing room only [the arena held about 2,500 fans at the time] at the beginning of the game, and I would imagine more people filtered in as the game went along.”

Moorhead senior Cory Johnson broke a scoreless tie late in the third period and the Spuds appeared to have won the game 1–0 when the final buzzer sounded and the capacity crowd went bonkers. Seconds earlier, however, the whistle had been blown (but not heard in the din) when penalties were called during a wild goalmouth scramble in front of the Moorhead goal.

The Spuds’ Cory Loos, who tackled and then laid on Oshie in the slot in an over-the-top attempt to contain the Warroad star, was called for a penalty as was, inexplicably, Oshie.
“It was so loud in there, you couldn’t hear the whistle,” Ammerman said. “Nobody could, not even the guys on the ice.”

Six seconds were put on the clock as the faceoff was set in the Moorhead end. Warroad won the ensuing draw and the puck was sent back to Hardwick, whose quick shot from the point found the back of the net with two seconds remaining.

“I went so nuts that I almost jumped over the glass in the penalty box,” Oshie said about Hardwick’s goal. “I was standing up on the boards with my hands over the glass cheering.”

After a scoreless overtime period the game ended in a 1–1 tie.
“I think our game against Moorhead showed we could have played against any AA team and probably would have good success,” Kyle Hardwick said.

The inexorably linked teams all but steamrolled the rest of their opponents, eventually reaching March’s championship Saturday at the Xcel Energy Center with the opportunity to tag-team the first all-northern championship sweep since 1998, when Duluth East won the big-school title and Eveleth-Gilbert claimed the small-school crown.

The Spuds, who played the Academy of Holy Angels for the Class 2A title on Saturday night, watched on TV from their hotel earlier in the day as Warroad outlasted Totino-Grace 4–3 in double overtime.

Warroad’s players stayed at the Xcel Energy Center after winning their championship. They had a vested interest in cheering for their buds on the Spuds. By the undefeated Warriors’ logic, a championship for two-loss Moorhead would mean a mythical all-class state championship for them, too.

“We were all hoping and cheering that Moorhead would win,” Hardwick said. “Since we were undefeated, and had tied them, we figured we would kind of be co-state champions.”

Holy Angels dashed the dream of a northern conquest, racing to a 4–2 lead by the midpoint of the second period then surviving a furious Moorhead comeback to win 6–4. 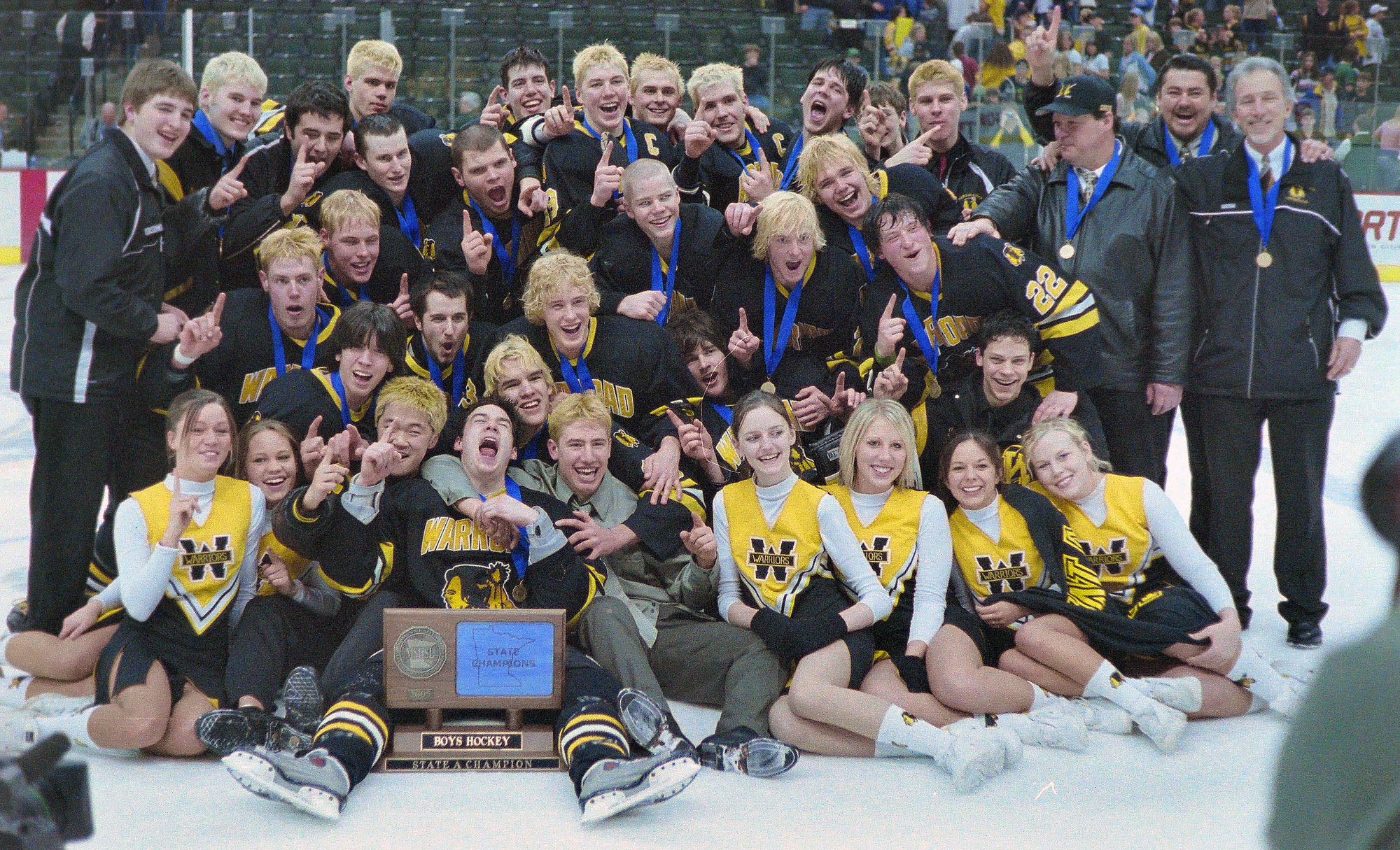 Warroad whooped it up after winning the state Class 1A title in 2005. In the back row, middle, wearing the C, is T.J. Oshie, who went on to NHL and Olympic stardom. Photo by Let's Play Hockey